Marines patrol with Estonian Army_5. Photo by Marines is licensed under CC By 2.0

In the 1840s Lansford Hastings was an ambitious lawyer.

Hastings had dreams of ceding California from Mexico and establishing it as a republic, with himself as head of state. To lure more white settlers to California, Hastings published a book in 1845. He called it The Emigrant’s Guide to California and Oregon, and it described an easy short cut to California.

He claimed several things about his new route. First that it would shave 350-400 miles off the journey. He also claimed it would avoid many of the dangers of the old California Trail. This route would later become known as Hastings Cutoff.

Naturally, Lansford Hastings’ blissful descriptions of California whetted the appetites of many who yearned for a better life. But above all, the idea of a short cut appealed to every west-bound American.

But there were some serious flaws in Hastings’ description of his new route. First, he had never seen or traveled the route he described. His “short cut” existed only in his mind. The route was based on his own guess-work from reading crude maps of the time.

Unfortunately, he led unsuspecting travelers through some of the worst terrain for wagons. The route went through the Wasatch Mountains and across the Great Salt Lake Desert. In reality, Hastings’ Cut Off proved to be far more treacherous than the old California Trail – and 125 miles longer. Lansford Hastings had given tragically misleading guidance.

Among those that followed Lansford Hastings’ Cut Off in 1846 was a group of 87 persons from Springfield, Illinois. The Hastings’ Cutoff succeeded in destroying many of their wagons. They lost most of their oxen and cattle. They lost precious time remained before the snow fell on the Sierra Nevada Mountains.

The group ran out of time and became entrapped near the summit of the trail through the Sierra Nevada. This was the tragic Donner Party. Only 46 of the 87 survived. The survivors even resorted to cannibalism to stay alive. They paid a horrific price for heeding the guidance from a man who didn’t know what he was talking about.

Our culture is saturated with conflicting moral voices. Voices that hit us from every side. With an air of authority and a self-righteous attitude, they proclaim to us, “This is the way you should live, think, and feel!”

Some of these voices are certainly suspect because their message seems to change with the season. Other voices are questionable because of their self-serving and self-promoting motives. Others are suspect, because their message is wholly untried and demands a departure from traditional faith and values. They promise short cuts to happiness, holiness, and prosperity – defining prosperity in exclusively materialistic terms. These voices are the Lansford Hastings of our time.

They paid a horrific price for heeding the guidance from a man who didn’t know what he was talking about.

3000 years ago, King Solomon warned those who wish to blaze new trails of morality rather than adhere to the path prescribed in Holy Scripture.  He wrote: “There is a way that seems right to a man, but in the end it leads to death.” (Proverbs 14:12)  May God help us not to stray from the path He has called us to follow!

Almighty Father, please guide and direct my steps and help me to follow the life-saving guidance of your Word. Amen. 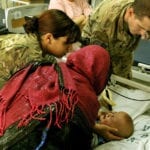 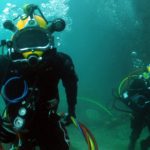 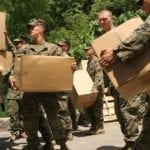