Bridge March. Photo by The U.S. Army is licensed under CC By 2.0

Burning bridges is an old military tactic. When your forces have been defeated before the enemy and must retreat, there is a lower level of fighting to which you can stoop.

You can hurt your foe by depriving him of anything that might aid his advance. You can burn or blow up bridges behind you—thus making every river and ravine an obstacle for them to cross. And you can also employ a “scorched earth policy.” This is when you burn crops, supplies, and buildings that might otherwise benefit the enemy who is out to destroy you.

But these methods, although they can prove very effective, have a very definite disadvantage. It’s your own bridges you’re burning—the bridges you worked so hard to construct and which would have benefitted your own citizens. The fields you burn will not only deny the enemy of food. Torching them will also starve your own people. In reality, you are hurting yourself in a desperate effort to hurt your enemy.

This was why, in the last days of WWII, Albert Speer (Germany’s Reich Minister of Armaments and War Production) resisted Hitler’s order to blow up dams, power plants, roads, and bridges. Speer was looking out for Germany’s future. He realized Hitler was bent on Germany’s self-destruction—as a pathetic measure to deprive the Allies of conquest. Believing in the future of Speer’s country was his reason for not burning bridges.

I thought about this while reading the prophet Jeremiah this morning. In Jeremiah 15:10–11, the prophet bemoans the day of his birth. “Woe to me, my mother, for you have given birth to me–a man destined for strife and conflict within my own country. … for everyone curses me.” God had given Jeremiah the unenviable task of confronting Jerusalem over its sin during its final days. While all the other prophets believed it was their mission to cheer up the people with shallow messages, Jeremiah had to give them the painful truth. God was sending destruction through Babylon and they needed to prepare to meet God.

And the people hated him for it. In fact, Jeremiah was considered unpatriotic. The rulers saw him as a subversive element and imprisoned him. He was undermining their resistance to Babylon and so they tried to shut him up. Jeremiah became the most unpopular person in the whole of Judah. His only friend was God.

But how should Jeremiah react to those who persecuted him? Should he call down curses on them? Should he wash his hands of any responsibility for them? How about being an adversary and burn all bridges between them? 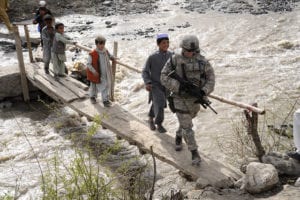 No. There’ll be no bridge-burning for God’s servant. And God explains why. “The LORD said to me … surely I will cause the enemy to make supplication to you in a time of disaster and a time of distress” (Jeremiah 15:11). God could have told Jeremiah, “Don’t stoop to hating your enemy. For your hatred will alienate you from Me.” In other words, God could have told him that you will only hurt yourself by hurting your enemy. And it would have been true.

But God is thinking beyond Jeremiah. God tells Jeremiah that he must not burn the bridge between him and his persecutors. Why, because his persecutors will eventually need him in their hour of crisis and turn to him for help. Those who mock Jeremiah today will flee to him for guidance, comfort, and prayer tomorrow. So he mustn’t burn the bridge between them. They will need that bridge to be able to approach the man they once ridiculed. And Jeremiah must stand ready to help them.

This is why Jesus tells us to love our enemies and to pray for those who persecute us (Matthew 5:44). Jesus is not setting us up to be everybody’s punching bag. He’s asking us to preserve the bridge between us and our enemy, in hope that our enemy will cross that bridge to us when they are in crises. Jesus wants us to be approachable.

Is it too much for Jesus to ask that we absorb a little abuse? Didn’t He do the same for us—as He prayed for His murderers from the cross (Luke 23:34)? Jesus wasn’t a lover of pain. He endured the pain knowing that we would ultimately flee to Him for salvation. And that’s the reason we love and pray for those who mock and abuse us. We do it in hope of their salvation. We preserve the bridge between us.

Dear Father in heaven, even while I was Your enemy, You reconciled me to Yourself through the murder of Your Son. What should have incited Your wrath against me, You chose to use as the instrument of my redemption. Help me to imitate You and to follow in Jesus’ steps, by forgiving my enemies and praying for my persecutors. And as I do so, please make me an instrument of Your blessing and salvation. Amen.

In article photo: Operations in Afghanistan by DVIDSHUB licensed under CC BY 2.0 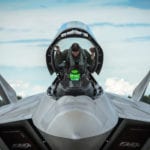 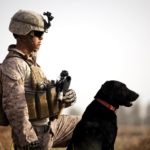 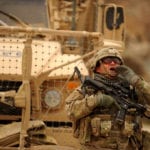 A VOICE TOO URGENT TO DISMISS