Racing to Destruction - The Warrior's Journey®
Skip to content

Taking Cover. Photo by Army is licensed under CC By 2.0

In December 2014, two disturbing stories appeared in the news.

Two drunken men who probably share the world record for getting arrested the most times in the shortest period. The first, was a man from Rockville, Connecticut. He was arrested four times within an 11-hour period in two different towns. After his first arrest for DUI he was released on bail. Then he managed to get arrested three more times. Twice he was arrested for DUIs and once for Shoplifting. He was also released on bail after his second and third arrest.

A few weeks earlier an intoxicated Vermont man drove his pickup into a ditch. He was cited by police for DUI. He staggered back home to drive his SUV to the crash site and pull his pickup from the ditch.

Instead, he backed the SUV into the ditch – and was cited for a second DUI. Again he staggered back home and hopped into his ATV and drove it to the site. But before he could crash that vehicle into the ditch the police arrested him for a third DUI that evening.

This may seem funny to some people. However it’s a reflection of how all of us can stumble from one disastrous decision to the next. With amazing speed we can race from one self-destructive act to another.

Do you recall the biblical story of God giving His Ten Commandments to Moses atop Mount Sinai (Exodus 20:1-17)? The story of Israel at the foot of Mount Sinai actually continues through Exodus 34. However this story takes a tragic turn. As quickly as God was giving His commandments, His people below were breaking them.

The next 40 years in the wilderness proved to be very rough ones for the Israelites. They were accustomed to sin and had to be leashed-in under the governance of the Law. But that same Law blessed them and preserved them as a people down to this very day – 3,500 years later!

You know, with so many lives spinning out of control, we are desperate for God’s direction and leadership. The pursuit after self-gratification only leads to an enslavement. Enslavement to our own appetites and to the destruction of our health, family, and career. Look to the God who created you, knows you intimately, and loves you supremely. Only He truly knows what’s best for you. And only he can set you on the path that will lead to true happiness and fulfillment.

Dear Father in heaven, please take charge of my broken and out-of-control life. Heal my wounded heart. Fill me with Your love and feed me from Your holy Word. Forgive my many sins, I pray.

Search me, O God, and know my heart; test me and know my anxious thoughts. See if there is any offensive way in me, and lead me in the way everlasting. Amen. 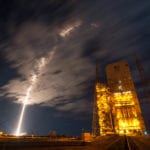 Training Is A Costly Endeavor