GUARDING AGAINST FATAL FORGETFULNESS - The Warrior's Journey®
Skip to content

Merchant Seaman David Blair served as Second Officer aboard the RMS Titanic during its trial run from Belfast, Ireland to South Hampton, England in early April 1912. However, just a few days before embarking on the Titanic’s maiden voyage, Blair was transferred to another White Star Line ship. This transfer ultimate lead to the tragedy that was the sinking of the Titanic.

Blair replaced a more senior officer, Henry Wilde of the RMS Olympic, so Wilde could move to a higher position. Angry and disappointed over missing out on the historic voyage, Blair departed the Titanic in haste. But in his rush to leave the ship, he made a fateful mistake. He forgot to leave behind a simple key for his replacement as second officer, Charles Lightoller. The key he took with him from the Titanic belonged to the telephone box in the crow’s nest that held the binoculars and telephone for the watch.

Mr. Fred Fleet, who routinely used binoculars as watchman on other vessels, was in said crow’s nest on the evening of April 14. On that late evening just before midnight, the Titanic struck an iceberg 400 miles from the Grand Banks of Newfoundland. The collision left a 300-foot long gash along the ship’s starboard side. At 2:20 AM the Titanic sank into the bone chilling waters of the North Atlantic, plunging 12,000 feet to the ocean floor. Though others were not so lucky, Mr. Fleet survived the sinking. Because of this, before a court of inquiry he testified that, should he have had access to the crow’s nest telephone and binoculars, he would have seen the iceberg in time to alert the helmsman, maneuvering the Titanic to safety. But the lapse in memory of an embittered and disappointed Second Officer kept these critical elements out of the watchman’s hands. His anger and resentment spiraled, sending the Titanic and 1,522 of its passengers and crew to their doom. 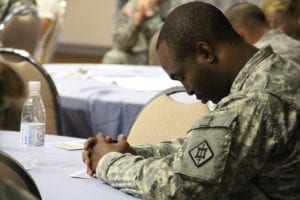 As one who frequently forgets “the small stuff” at work, I have to work extra hard at keeping “to do” lists. When reading stories like this – how little things can cause terrible disasters – it behooves me more to not overlook anything.

But this story should also impress upon us the need to maintain our presence of mind in the workplace and home. Disappointment, anger, and haste caused tragic forgetfulness in a seasoned Second Officer. It can do the same in us. But breathing a prayer for help to God can greatly help us to maintain our peace of mind and focus. It can prevent disappointment and anger from derailing our minds and making matters immensely worse.

Paul the apostle gave a superb remedy for maintaining the peace of God in our hearts and minds. “Don’t fret or worry. Instead of worrying, pray. Let petitions and praises shape your worries into prayers, letting God know your concerns. Before you know it, a sense of God’s wholeness, everything coming together for good, will come and settle you down. It’s wonderful what happens when Christ displaces worry at the center of your life” (Philippians 4:6-7, The Message).

Dear Father in heaven, Please help me not lose my cool or be ruled by anger and resentment. Help me not to make such fatal mistakes. Instead help me to turn my burdens, hurts, and disappointments over to You and rest in Your infinite power, wisdom, and love. Amen. 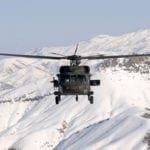 Have Salt In Yourselves 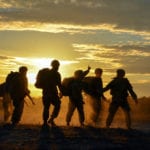