The Need to Say No - The Warrior's Journey®
Skip to content

The Need to Say No

Stone Cold Killer. Photo by Marines is licensed under CC By 2.0

Lexi had swallowed a large steak knife. It appears that she began chewing on the handle and somehow swallowed the entire knife, handle first. Her owner brought her to the Animal Referral Hospital in Sydney, Australia where Dr. Jody Braddock sedated her, reached down her esophagus, and carefully removed the knife by its tip.

The vet stated that Lexi was “millimeters away from death.”

Only a dog would do something so stupid, right? I am constantly lectured by my wife and kids on what not to give our dog – no chocolate, no grapes, no sweets. Keep antifreeze out of sight, too. “It’ll destroy their kidneys,” they tell me. But swallowing a knife? Yes, dogs are certainly a fine example of an animal whose appetites must be restrained.

Of course, people are different. People have sense enough not to consume things that are harmful, right? Well, it just so happened, on the same day the story about Lexi appeared, a similar “knife-swallowing” article hit the news. But this was not another dog story. Rather it was about a 42-year-old man in Gurdaspur, India who had to have 40 knives surgically removed from his stomach. He had swallowed 40 knives! His physician, Dr. Jatinder Malhotra stated that the man had an uncontrollable urge to swallow them.

Oh sure, humans can be trusted to consume only what’s healthy for them and only in moderation, right? Wrong. Otherwise we wouldn’t need organizations like Alcoholics Anonymous, Overeaters Anonymous, Gamblers Anonymous, Weight Watchers, National Institute on Drug Abuse, and hundreds of other agencies to help people overcome addictions and life-controlling problems. People simply have to say “No!” to themselves about many things.

We need to remember this every time there’s a discussion about legalizing one more addictive substance or recreational drug. Someone will invariably claim, “Hey, we should let people do whatever they want, as long as they don’t hurt anybody.” But drugs always hurt people. They rob people of their productivity, their reason, their money, their health, and their relationships. Drug use lowers peoples’ inhibitions against risky behavior and frequently leads to sexual assault.

Certainly, we have to watch over our pets and restrain their appetites. Otherwise they will inevitably eat things that will kill them. But in my opinion, people are just as bad – or worse. Restraining our appetites is far more necessary. Increasing access to more and more addictive substances will only hurt society. It will never help it.

Dear Father in heaven, please deliver me from slavery to my own appetites. Help me to master my moods and my wandering desires. For I can only know true freedom while under the yoke of obedience and service to You. Amen. 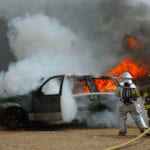 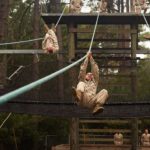