Redeem the Future - The Warrior's Journey®
Skip to content 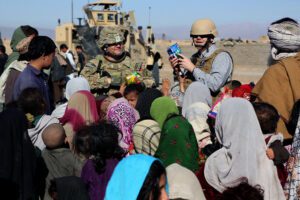 Recently, my wife and I took a trip to Branson’s Titanic Museum, which displays 400 artifacts from the ship in 20 galleries. What a moving experience it was. The museum told the countless stories of passengers and crew which reveal the depth of this tragedy. The great ship (882 feet long and 92 feet wide) struck an iceberg at 11:40 PM on April 14, 1912 and sank two hours and 40 minutes later.

The mighty ship would have needed 51 lifeboats to accommodate her 2,224 passengers and crew. However, the Titanic was equipped with only 20, and four of these were small “collapsibles.”  To make matters worse, the earliest lifeboats to be launched were only partially full. Consequently, although the 20 lifeboats could have saved 1,178 lives, only 710 people survived.  Shortly after 02:20 AM, April 15, 1912, the stricken ship plunged 12,415 feet to the bottom of the North Atlantic, taking more than 1,500 persons with it.

Who was to blame for this disaster? That question has been mulled over for the last 109 years. Was it the Titanic’s Marconi wireless operator who, when warned about an ice field by the nearby Californian, told its operator to “Shut up”? 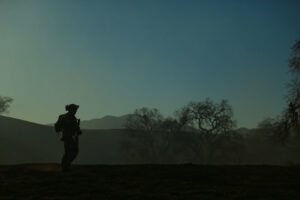 Was it the captain and crew of the Californian, who may have been as close as four miles from the stricken Titanic, saw her distress flares and listing bow, yet did nothing to help?

Was it the White Star Line’s president, J. Bruce Ismay who dismissed Thomas Andrews’ (Titanic’s designer) request for 48 lifeboats, and shrunk it down to 16?

Was it the Titanic’s stewards who refused to allow Third Class passengers to come on deck to board the lifeboats?

Was it the crewmen in charge of each lifeboat who refused to row back toward the sinking ship to pick up those freezing in the water?

Was it those cowardly individuals who pushed and clawed their way into the lifeboats, while plenty of women and children were left behind?

This tragedy certainly brought out the worst and best in people. There were many heroes who gave up their lifebelts and their places on the lifeboats to save others. And, sadly, there were others who squirmed and panicked under pressure, caring for no one but themselves. One of the most shameful examples was J. Bruce Ismay himself – the one who decided there would only be 16 lifeboats instead of the 48 which his subordinate, Thomas Andrews requested. Both men were aboard the Titanic that fateful night. Andrews chose to go down with the ship. Ismay, however, found his way to a lifeboat.

But those who survived the disaster in a less than honorable manner would replay its horrors a million times over in their heads. And with each replay, they’d strive to behave and act differently. The “next time,” they wouldn’t cower in the crisis but would rise to the occasion. They’d have saved the lives of others before their own. If they had only known the incessant torture and remorse that awaited them in life, they would have gladly given anything to redeem their past actions.

Captain Stanley Lord of the Californian would have steamed immediately to the Titanic’s plight and been its hero. J. Bruce Ismay would have fought to have more than enough lifeboats aboard the Titanic and be praised for his foresight. Titanic’s radioman would have heeded those warnings of icebergs and forwarded them to Captain Edward Smith. 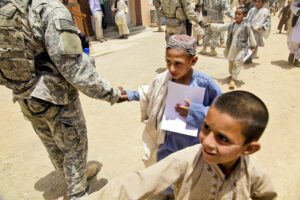 But none of us can go back in time and change our past actions. We can only turn our focus to the future and seek God for power to meet whatever crisis awaits us. We can prepare spiritually by learning now how to find God in an emergency. We can place ourselves under God’s sovereign lordship, so that nothing will befall us except that for which God prepares and equips us.

Friend, don’t allow grief over past failure to consume you. Focus on redeeming the future by giving it and yourself to God (Ephesians 5:16; Colossians 4:5). Ask God to make you equal to whatever task or challenge He has in store for you. Learn from the tragic mistakes of others, who have wished a thousand times they could have done things differently. Let God make you the hero of every future crisis.

PRAYER: Dear Father in heaven, only You know the crises that await me. Please give me the courage, wisdom, and strength to honorably face them. In Jesus’ holy name I pray, Amen.

Blame it on Him 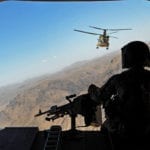 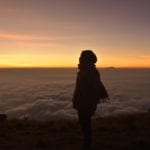