All Sins Are Not Equal - The Warrior's Journey®
Skip to content

All Sins Are Not Equal

Low-crawl. Photo by The U.S. Army is licensed under CC By 2.0

This question leads into what for many evangelicals has become uncharted territory.

We think of conversion as the moment when the guilt of all our sins—past, present, and future—is washed away by the atoning blood of Christ. As sinners justified by faith and heirs of promised glory, we rejoice in salvation. We think no more about our continued shortcomings and how God might “weigh” them.

If asked, we explain our attitude as true evangelical assurance. But is it?

The Puritans of history were evangelicals too, but on this point they differed from us considerably. They remembered that Christ taught us to pray daily for forgiveness. One of their spiritual disciplines (not yet one of ours, generally) was self-examination. And each evening to discern what actions in particular, done or left undone, they needed to ask pardon for.

In the forefront of their minds was the holiness of God, the awfulness of his anger, and his amazing patience in nurturing and correcting his irresponsible, recalcitrant children. These were the realities framing their certainty that the precious blood of Christ cleanses faithful repenters from all sin. Later, evangelicals were with them until the 20th century. We are the ones out of step.

Scripture shows that in God’s estimate some sins are worse and bring greater guilt than others, and that some sins do us more damage. Moses rates the golden calf debacle a great sin (Ex. 32:30). Ezekiel in his horrific allegory says that after Oholah (Samaria) had ruined herself by unfaithfulness to God, Oholibah (Jerusalem) “became more corrupt … in her lust and in her whoring, which was worse than that of her sister” (Ezekiel 23:11, ESV). John distinguishes sins that do and do not inevitably lead to death (1 John 5:16), picking up Jesus’ warning about the unforgivable sin (Mark 3:28—30).

Answers 151 and 152 of the Westminster Larger Catechism, a Puritan product, bring clarity by analyzing aggravations of sins, thus providing a means for discerning their gravity and guilt. On one level, all sins are equal in that no matter how trivial they seem, they all deserve God’s “wrath and curse, both in this life, and that which is to come, and cannot be expiated but by the blood of Christ.” No sins are small when committed against a great and generous God. Beyond this, however, the gravity of each transgression depends on varying factors.

First is the extent to which the transgressors know better, are in the public eye, and are objects of public trust, “guides to others, and whose example is likely to be followed by others.” For instance, there is Solomon in 1 Kings 11:9–10 and the unwise servant in Luke 12:48-49—trusted persons knowingly sinning; Nathan describing David’s sin with Bathsheba in 2 Samuel 12:7-10; and Jews who set themselves up as guides to godliness in Romans 2:17–23.

Second come transgressions categorized by persons offended, ranging from the Father, the Son, and the Spirit to “any of the saints, particularly weak brethren.” For example, there are those publicly dishonoring Christ in Hebrews 10:28–29; and those who cause people to stumble in Matthew 18:6, Romans 14:13–15, and 1 Corinthians 8:9–12.

Third comes the extent to which, defying conscience and censures from others, the transgressors act “deliberately, willfully, presumptuously, impudently, boastfully, maliciously, frequently, obstinately, with delight, continuance, or relapsing after repentance.” Thus we find cumulative defiance of God in Jeremiah 5:8 and Amos 4:8–11; disregard of conscience and correction in Romans 1:32 and Matthew 18:15–17; and falling from grace in 2 Peter 2:20–22.

Fourth is “circumstances of time and place,” which make the bad worse—for example, joining sin with hypocritical religiosity in Ezekiel 23:37–39, and involving others in one’s sin in 1 Samuel 2:22–24.

Finally, there is the unforgivable sin—such resistance to the light of Spirit-taught truth about the deity and grace of Jesus Christ as rules out all possibility of faith and repentance, hence its lethal consequence. Its nature is evident from Matthew 12:31–32 and Mark 3:28–30.

We must learn to think of sin clear-headedly, to deal with it in ourselves realistically, and to negate and hate it everywhere wholeheartedly. 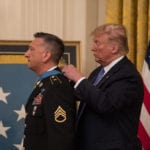 A Medal for God 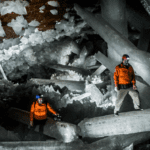