When An Ant Hill Casts A Giant Shadow

The United Press International reported the story (September 20, 2017) of a panicky home owner in the UK who made a desperate call to be saved from a two-meter (just over six foot) snake.  An officer from the Royal Society for the Prevention of Cruelty to Animals (RSPCA), Monica Faloona, responded to the crisis in Dartford, England. 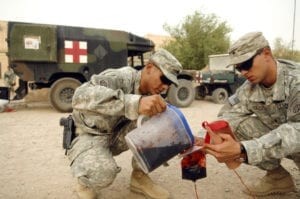 She spoke to the home owner, who refused to come down from the second floor of her house.  Monica learned that the “beast” was under a box in the garden.

When the RSPCA officer entered the garden she was surprised to see such a small box – far too small to cover a two-meter snake.  She lifted the box and was shocked to see a two-inch caterpillar!  Oh, he was a plump caterpillar, of the elephant hawk moth species.  But at two inches, he was a far cry from a two-meter-long snake she’d expected.

Monica tried to persuade the lady of the house that there was no danger.  But she refused to come down until the deadly creature was removed and destroyed.

Monica removed the plump critter, but didn’t kill him.  She merely found him a new home – in somebody else’s garden where he would be more welcome. 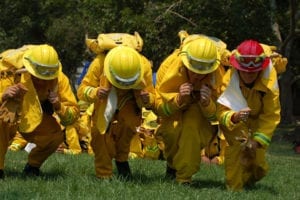 What is it that turns a two-inch caterpillar into a six-foot snake?  Irrational fear, of course – fear that is completely disproportionate to the tiny threat it constitutes.

Some of life’s worst disasters are precipitated by such fear.  Irrational fear is largely what led Lieutenant General Arthur Percival to surrender his defending force of 85,000 British soldiers to an attacking force of 30,000 Japanese soldiers at the Battle of Singapore.  And it was an inferior force that was dangerously low on supplies.

Irrational fear is what turned Israel back from taking the Promised Land when, at Kadesh Barnea, they chose to believe the fear-inspiring lies of ten spies, rather than the proven promises of God.  For the next 38 years they would learn the hard lesson that God is to be feared far more than the challenges He places before us (Numbers 13-14).

Irrational fear also leads many believers to shrink back from Christian service after Satan convinces them that such service will be too costly or will surely end in failure.  They forget that the greatest failure is in not obeying or believing in God who calls them to serve.

We should never let fear drive our decisions in life. 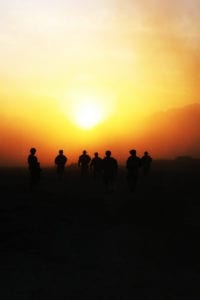 The great American sociologist, Charles H. Cooley, wrote, “Form the habit of making decisions when your spirit is fresh.  To let dark moods lead (you) is like choosing cowards to command armies.”

Are you frozen by dread and fear at the sight of a challenge or threat before you?  Stop and ask yourself, “Is this fear commensurate to the challenge or threat?  Why should a test or threat or challenge cause such anxiety in me – when God has promised never to fail me or forsake me?” (Joshua 1:5-9)  Is your fear is turning an ant hill into a mountain – or a two-inch caterpillar into a six-foot snake?  Then I suspect that the devil is feeding you his disturbing lies.

Reject those lies and put your faith in the unshakable promises of God.  For heaven and earth will pass away, but Christ’s words will never pass away (Matthew 24:35).

Act out of faith, not out of fear.

Dear Father in heaven, please help me to subdue my fears and look realistically at my problems.  Help me even more to put my faith in Your infallible promises which guarantee me grace for every trial (2 Corinthians 12:7-10) and provision for every need (Philippians 4:19). Amen. 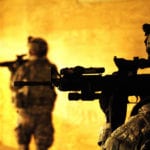 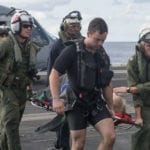 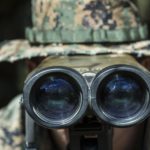