Are You "Expendable"? - The Warrior's Journey®
Skip to content

Can you imagine human beings being used as custodians of hazardous cargo—because their lives were considered expendable? Does it sound like something the Nazis did to Russian POWs or to Jews in death camps? Can you imagine a nation giving the most dangerous jobs to the people it considered undesirable?

It’s reminiscent of the way the Army used lab rabbits whenever it had to transfer a deadly nerve agent. A dying rabbit would alert them to a possible catastrophe.

Well, such a dynamic actually occurred in the Bible (1 Sam. 5–7). The land of Israel contained something considered so dangerous, so deadly that no Hebrew would dare come close to it. And with good reason. It had brought disease and death in a neighboring country. It caused the death of at least 70 people in Israel—possibly many more. And when an attempt was made to move this thing, a man died from merely touching it (2 Sam. 6:1–11).

So after the death of the 70-plus people, the Israelites found a foreigner among them, and they put him in charge of this deadly thing. His name was Abinadab was a Gittite, i.e., a man from the Philistine city of Gath. If this thing was going to kill anybody, they thought, let it kill an enemy in our midst. 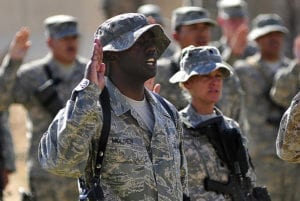 Then, after the disastrous attempt to transport this deadly cargo, the Israelites placed it in the home of another undesirable. His name was Obed-Edom, a Gibeonite. Now, the Gibeonites were the people who deceived Israel into making a covenant with them. This sacred agreement gave the Gibeonites permission to live in the land of Israel from the time of Joshua onward (Josh. 9). Israel always resented them for their treachery. Therefore, it was no surprise that Israel placed this deadly object in Obed-Edom’s home. “That’s all the Gibeonites are good for,” the Israelites may have reasoned.

But what was this deadly object, this menace to society? It was the most holy, most significant sacred object in the world—the Ark of the Covenant. That’s right. The Israelites, believing a task to be too hazardous for them, unwittingly put the most important job in the world in the hands of those they considered undesirable. They placed their greatest treasure in care of those they deemed third-class citizens.

Something similar to this happened in relatively modern times, right here in America. In the early 1970s, a debate was raging. Should America continue the draft or switch to an all-volunteer military? The views expressed by many Americans was that the “best and the brightest” of America should not be wasted on such a hazardous task. “Let the bums do the fighting,” were the words of one guest on the Donahue Show. So this “elitist class” of Americans dumped the Nation’s most essential and honorable task on those it considered undesirable and expendable. And those “expendables” proved equal to that task. They succeeded in winning the forty-year-long Cold War, which threatened the free world.

Jesus once said something which has a profound application on this subject. He declared that whatever we do for the “least” and the “lowest” of Jesus’ brothers, we actually do it for Christ Himself. In other words, we are serving Christ Himself when we faithfully perform what the world considers the least desirable tasks.

According to tradition, a fourth-century soldier of the Roman cavalry came upon a shivering beggar during a campaign in Gaul. Feeling compassion for the ill-clad man, the soldier took his sword and cut his cloak in two pieces. He then wrapped the beggar in one of the pieces. That night he had a dream in which he saw Jesus Christ—wrapped in the cloak. The soldier was Saint Martin of Tours. What he had done for one of society’s castaways was, in reality, done for the most significant person in the universe.

A subordinate chaplain once told me, with a deep sense of dejection, that his assignments officer “dropped a bomb” on him. The assignments officer told him, “We only gave you this job because you’re a dud, and we figured you couldn’t do any damage there.” I wish I had known then what I know now. I would have told him that in these “unwanted tasks”—fit only for the duds—we actually render service to the King of Kings Himself.

Maybe others treat us as Philistines, Gibeonites, or expendable lab rabbits. Perhaps they have such contempt for us that they only assign us to the most trivial tasks. Or, perhaps, they entrust us with the most hazardous, thinking we’re expendable. Yet God is sovereign. And He Himself has orchestrated our present assignment—which actually serves the most profound and significant Being in the universe. When Paul the apostle wrote to slaves who were Christians, he assured them they were serving Christ Himself, not man (Eph. 6:5–8; Col. 3:22–24).

So be faithful in what God has called you to do. Faithfully execute your duties for the Lord—even if the assignment comes as a “slap in the face.” Humans may think they’ve given you an insignificant or undesirable job. But God knows infinitely better. It is Christ Himself you are serving.

Dear Father in heaven, please fix my focus upon Jesus Your Son. Please help me to do everything I do—no matter how insignificant or undesirable others may consider it—entirely for Him. Please do not let me lose sight, O Lord, of the remarkable significance of my work. Amen. 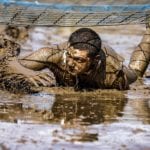 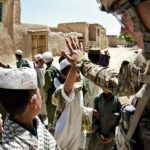 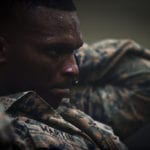