Are you Special? - The Warrior's Journey®
Skip to content

south carolina. Photo by The U.S. Army is licensed under CC By 2.0

Ever wonder if you are really special?

Sometimes on television, they show footage of teeming throngs of people on the sidewalks of New York City to give the impression of commonality for all humanity. The implication is that each person is just a nonentity in a mass of nonentities.

For whatever reason, every time I see those pictures, I wonder if I could find myself in that crowd. I may not be able to find me, but I do know this: God can find me. It is impossible to get lost from Him or even to go unnoticed by Him. I take great comfort in the fact that “if I climb to the sky, God is there. If I go underground, God is there! …God would find me in a minute—He’s already there, waiting” (Psalm 139:8–10 The Message)!

Regardless of how the media may try to lump us together in a sea of humanity, each of us is innately unique.

So what makes a person special? Is it something he does or does not do? Is it because of someone he knows! Do we assess our “specialness” based on someone else’s opinion of us?

Since 9/11/2001, by invitation of the Department of Defense (DOD). I have traveled throughout the world, from our stateside U.S. bases and military bases and military installations to those in many foreign countries. Some of the most life-changing trips for me have been those that have taken me into the countries where we are involved in the war on terror.

On a recent trip into Iraq, where the DOD sent me as a resiliency coach, I was fulfilling a request to address the troops as a part of a suicide-prevention tour. Now, why would they ask me to do that? Is it because I’m special? 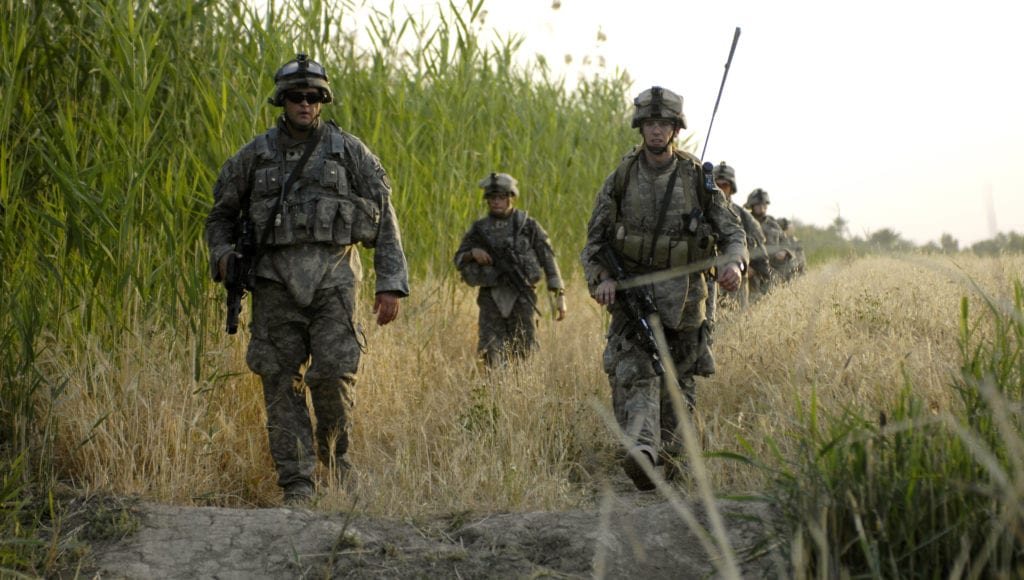 Maybe I am special because I am covered with scars caused by a hand grenade exploding only inches from my face in Vietnam. Sometimes, events outside of our control leave scars on our lives, and sometimes, something very special may come because of them.

Of one thing I am quite certain: I have not been invited by the military to be a resiliency coach for our troops because of my academic achievements. I usually tell people that my special academic achievements can be found in the fact that I was in the top ten percent of the lower one-third of my class.

What has contributed to my being special, and to this day makes me special, is that my scarred body is my passport, my visa into places I would never have been invited otherwise. It allows me the privilege of entering the hurting world of those who have been left “special” by the things they have endured.

Many times, we are singled out from the rest of the seemingly normal masses surging down the world’s sidewalks by terrible events that mark us for life. Sometimes, being special is not so special after all. I do not like my scars. Most of the time I feel ugly, and if I could erase all these scars, I would do so in a New York minute.

Just one time, I would like to sit in a restaurant and not have someone staring at me, trying to figure out what made me special.

I do not want to be special. I would rather be normal.

Then along comes a moment in my life when my specialness puts me into a situation where, because I am special, everything changes, and I can genuinely give thanks always for all things, (Ephesians 5:20) including my specialness.

One of those moments happened while on the suicide-prevention tour in Iraq.

I was visiting a hospital on a military base and was sharing my message of resiliency and hope with young warriors who had been wounded in the war. I was able to spend time with them before they were shipped home—before their spouses, friends, and family would see them. I wanted to spark resiliency in them before they faced the pressure of new definitions of who they are, the definitions that make them special, whether they want to be special or not.

While there in the hospital, something happened. No expectation or preparation, it just happened.

“Over here, Mr. Roever,” the doctor said. “I have someone special I want you to meet.”

Of course, I assumed it would be one of our heroes, one of those special guys who had paid the price with the loss of limb or traumatic brain injury. …There are so many things you can lose in a war… things you can never find again… 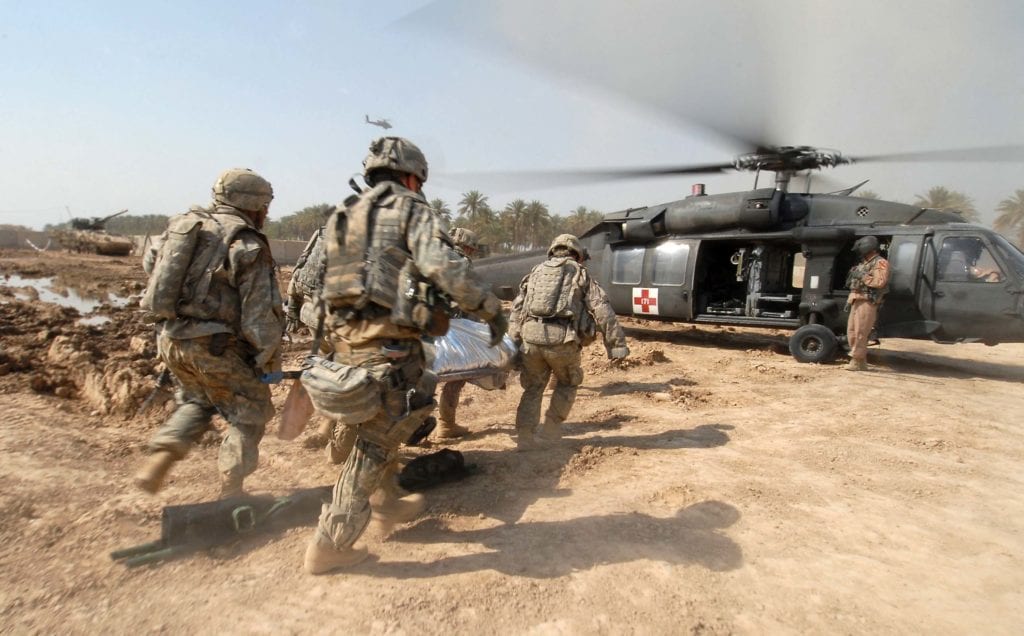 To my astonishment, it was not one of our soldiers.

He was about 10 years old. You read it correctly. Ten years old.

He had not been injured by an IED (Improvised Explosive Device). No hand grenade had blown up in his face, but you would not know it by looking at him.

He was scarred from head to toe, the little Iraqi boy sitting there in his wheelchair. The terrible scars on his chest had pulled his chin down exactly the way mine had been pulled down from the burns I had experienced in Vietnam. To look at me, he had to stand up, which required great exertion, lean far back, which pulled his mouth open, and in that contorted state, he could finally look up far enough to see my face.

Not wanting to cause such extreme discomfort for the little guy, I knelt down in front of him so he could sit down, and we could see eye-to-eye.

In the room were several doctors and nurses, as well as my personal security, the General with whom I was traveling, and the little boy’s father. An American translator stood close by.

The child stared intently into my eyes. Then I watched as his eyes carefully traced each scar on my face, my neck, my arms, and my hands.

To relieve some of the awkwardness of the moment, I lifted my left hand, which has a stub of a thumb, folded my right index finger over what is left of my right thumb, placed my hands together. And in the old magic trick, I made it look as though I had separated my thumb from my left hand. He thought it was funny, and I got my first smile.

I took off my artificial ear, placed it in the palm of my left hand, raised it up in from of the little boy’s face, and said through the translator, “Speak to the hand.”

The kid roared in laughter. His little eyes danced in his scarred face, then his mouth settled into a smile that almost put a halo over his head.

He was so beautiful. I no longer saw his scars. His father stood in awe as he watched his child laugh for the first time since his injury.

Suddenly, the boy began a rapid-fire, animated discourse, his Arabic tongue rattling so quickly it was all that the translator could do to keep up. “My uncle was driving, and we had a terrible crash. He was bleeding, and I could smell gasoline. Suddenly we all burst into flames. I crawled out through the window and escaped the car. I watched my own skin burn and fall off!”

As a resiliency coach, I was in awe of this child. I work extremely hard to get our wounded heroes to talk about their experiences because to do so is the beginning point of healing. When I cannot get a warrior to speak of his experience, he is ultimately sucked into a black hole of despair. Those who do not talk about what happened to them are, almost without exception, the most at risk for suicide.

I realized this little boy was going to make it. He was going to be just fine. The entire medical facility there in Iraq, operated by the U.S. Air Force, was at his beck and call. But the beginning of his success in triumphing in the thing that made him special would be that he could talk about it. No one had warped his thinking by telling him that big boys do not talk about difficult issues.

Then something happened that caught me totally off guard. 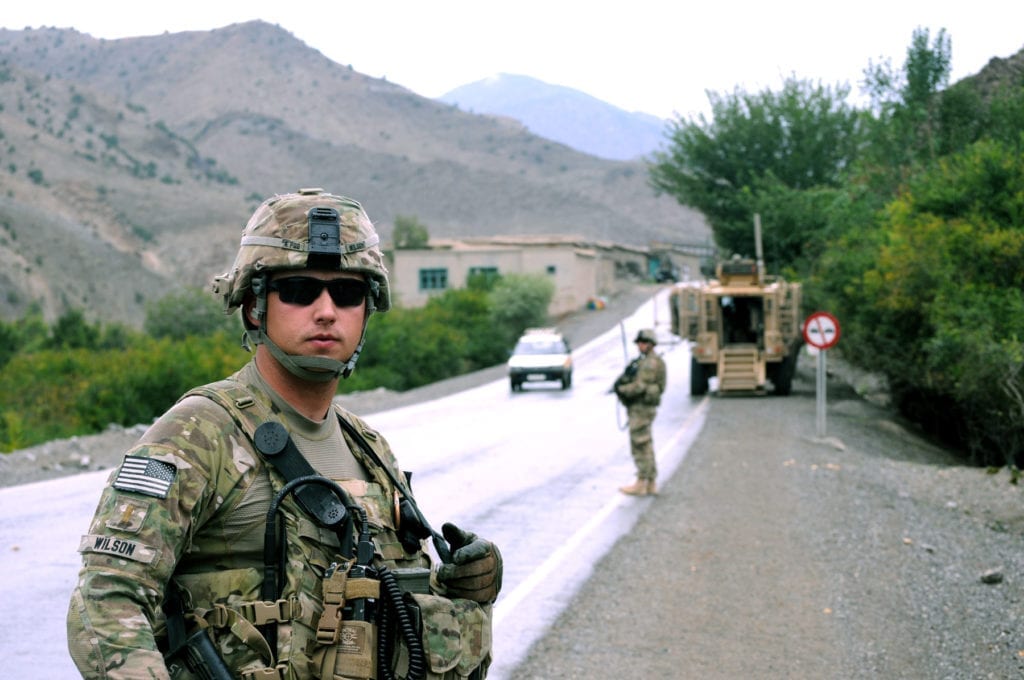 At the end of his incredible story, he paused and looked at me, face-to-face, then a cloud came over him. His eyes pooled with tears, and like water over a dam, they poured down his scarred face as he began to weep. He covered his face in shame, his little shoulders heaving.

I did not know what to say. I stood appalled. Dear God in Heaven, what have I done to break this little boy’s heart?

I begged forgiveness from the child and then from his father.

Then I said to the staff, “Get me out of here quickly. I don’t know what I’ve done to offend this precious child, but I am so very sorry.”

I bowed and apologized again to the father and had turned to walk away when his father grabbed my arm.

“Please don’t leave! You have not offended my child. He is not crying in offense; he is weeping for you. He is crying because he realizes that all the pain he has known, you have known. Mr. Roever, he is crying for you!”

You may not suffer physical scars, but you are special, nonetheless. You are not a nonentity in a mass of nonentities—you are special because God created you, a unique, special human being. God says that He knit you together (made you special) in your mother’s womb. And that you are wonderfully made (Psalm 139:13–14).

I challenge you to celebrate your specialness as I celebrate mine. Yes, I can honestly, genuinely give thanks always for all things, including my specialness. 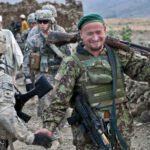 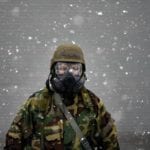