Dismayed and Terrified - The Warrior's Journey®
Skip to content

Training to defend. Photo by Army is licensed under CC By 2.0

Stress can produce many adverse effects, one of which is fear. This kind of fear is often characterized by a host of other symptoms:

• Paralysis in normal ability to act

“On hearing the Philistine’s words, Saul and all the Israelites were dismayed and terrified” (1 Samuel 17:10, NKJV).

The Philistine giant named Goliath made daily threats to the Israeli army. Every soldier froze in fear. Nobody dared to move a muscle in response to Goliath’s challenge to fight. But there is good news.As people of God, we don’t have to let stress paralyze us with fear. Our faith in an Almighty God can melt our fears and provide the courage we need for the situation. David was only a young shepherd boy at the time, but He knew the Lord would help him prevail against Goliath. God would fight the battle for him. David killed the giant and later became king of all Israel. Don’t let that giant called stress defeat you. Identify the giant, go after him, and trust God for your victory. 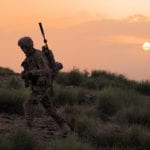 Let Not Your Heart Be Troubled

Something You Can Be Sure Of 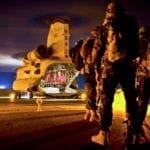