On November 26, 1829 the Sydney Gazette reported one of the most amazing stories. Four days into its journey from Sydney, Australia, a storm drove the HMS Mermaid onto Flora Reef east of the Frankland Islands. The Mermaid sank, but all 22 on board were able to swim to a nearby rock. There they waited for three days.

Then a ship appeared. It was the Swiftsure and its crew rescued all of the Mermaid’s hands. However, five days later a storm struck the Swiftsure and waves swept it against Sidmouth Rock, off the southern coast of Tasmania. The Swiftsure also sank, but both crews managed to swim to some rocks and escape drowning.

Within two days the men of the two ships were spotted by a schooner, the Governor Ready. The Governor Ready’s crew took all the beleaguered sailors on board. But this rescue was short-lived. The schooner caught fire after just a few hours. The fire destroyed the Governor Ready and forced its crew and the all the extra passengers into lifeboats. Unfortunately, the lifeboats were far from any shipping lanes.

Fortunately for the three crews, a cutter, the Comet, had been blown off course by a storm. The Comet took the crews and passengers of the three vessels on board. However, five days after the rescue a storm damaged the Comet so badly that it had to be abandoned. Its crew boarded a longboat and all its passengers clung to pieces of floating wreckage. Eighteen hours would pass before another ship found them.

Thankfully, a large passenger vessel, City of Leeds, was nearby. The City of Leeds took on all five crews and brought them safely back to Sydney. The horrendous voyage sank five ships. But not a single person perished.

Certainly, this incredible account abounds with different lessons. For these crews, especially those of the Mermaid and Swiftsure, it is a story of survival amidst repeated trauma. 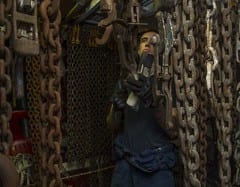 Some people may simply observe from this ordeal the confused and cruel events of our existence. They will see no purpose or meaning behind any of these tragedies.

Yet it is undeniable that the arrangement and connection between these five shipwrecks is truly profound. Think about it. If these five shipwrecks had each occurred separately—without any of them linked to the other, it’s likely that none of the crews would have been saved. Doomed as all the ships were, each crew was able to save the crew before it, until ultimate salvation arrived.

In a sense, it was like a chain of weak links. But each link was able to hold together long enough to ensure the chain’s purpose was achieved.

There is a parallel to this in our spiritual journey. For each of us seeks to help and rescue others. Yet, each of us is tragically flawed and will most likely need rescuing ourselves. Are we, therefore, hypocrites because we’re trying to help other people, when we will be in need of help ourselves? Should we beat ourselves up for our inconsistency?

Absolutely not. Though we are all flawed, we are the only tools through which God can work. The only material God has for making saints is sinners. So God calls each of us to do our portion of the task. Then, when we are in need of relief, He brings someone else along to carry the burden.

It’s like the successive runners in a relay race. No single runner is capable of winning the race by himself. But each can sprint one fast lap around the track, then pass the baton on to the next runner. Though only the last runner crosses the finish line, they all win the race.

Jesus recognized this “incompleteness” of any one person’s task. When He described the task of “making disciples” He said, “One sows and another reaps.” He stated that the reaper usually gets all the credit at harvest time, but he is actually only taking part in other people’s work—the ones who have plowed, planted, watered, and weeded (John 4:36–38).

Are you a weak link? That’s OK. The chain of God’s ministry is made of nothing but weak links. As long as each link holds together through its critical moment, the chain will accomplish its purpose.

Are you a hypocrite for trying to help others, when you yourself will eventually need help? Not at all. You’re not claiming to be superior to the one you’re trying to help. You’re merely lending a hand to someone who needs one. You do what you do out of compassion and love—not with an air of superiority.

Will you be able to complete the work of redemption that you’ve started or participated in? Probably not. For the task is too big for any one person to start and finish. As long as you run your lap as best as you can and pass the baton on to the next guy, you will do well.

Dear Father in heaven, please keep me from allowing my own weakness or inconsistency from doing the work You’ve called me to do. Help me to be a team player and to make my contribution when and where it’s needed most. Amen. 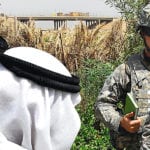 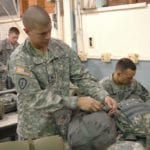 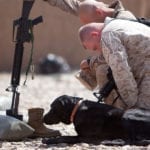