I'm Useful After All - The Warrior's Journey®
Skip to content

Writing for the San Francisco Chronicle, Michelle Robertson reported that a new study at Midwestern University overturned long-held beliefs about the human appendix.

The appendix is that finger-like protrusion in the first part of the large intestine. For decades scientists and physicians classified the appendix as a useless “vestigial organ.”. That would be a left-over from our “evolutionary history,” which no longer serves any purpose. Based on this erroneous belief, physicians readily prescribed appendectomies at the first sign of the organ’s inflammation.

Well, as it turns out, the appendix is not a vestigial organ. It serves as a reservoir and “safe house” for the healthy bacteria which aid in digestion and fighting disease. This recent study confirms a previous study conducted by Duke University Medical Centre. In 2013, they arrived at the same conclusions about the appendix. Researchers at Duke found that the appendix helps “reboot” the digestive system following an illness, such as a bout of dysentery or cholera. For decades, scientists castigated the appendage as useless. Now, finally, scientists are beginning to recognize the humble appendix as the essential organ it is.

Isn’t it better to believe in the purposefulness of everything that comes from the loving hand of our Creator? Doesn’t the humble appendix prove this? How much more then should we expect some great purpose for the whole human being?

Yet our popular culture thrives on berating human beings and making them the object of the cruelest humor. Our media portray people created in God’s image as nothing but useless appendages. It’s no wonder so many people are bleeding inside and filled with such anger. Our popular culture has robbed us of every sense of self-worth and significance.

Yet the reality is that your Heavenly Father fashioned you in love and made you according to His own specifications. He purposely chose your gender, skin color, eye color, hair color, and body configuration. And He even picked the complex set of attributes that constitute your personality. There’s no need to measure up to anyone else—for God intentionally made you unlike anyone else.

He loves you as you are. And He has a job for you to do, which you—and only you—are capable of doing.

Don’t throw away the glorious engineering marvel which stands in your shoes, which fills the place God Himself has appointed for you. If you are hurting and bleeding inside, then fall into His loving embrace. Finally, in God’s loving arms, you will find healing, peace, and the only lasting fulfillment this life can offer.

Feast upon these words from King David in the Psalms.

“LORD, You made all the delicate, inner parts of my body and knit me together in my mother’s womb. Thank you for making me so wonderfully complex! Your workmanship is marvelous—how well I know it. You watched me as I was being formed in utter seclusion, as I was woven together in the dark of the womb. You saw me before I was born. Every day of my life was recorded in your book. Every moment was laid out before a single day had passed. How precious are your thoughts about me, O God. They cannot be numbered! I can’t even count them; they outnumber the grains of sand!” (Psalm 139:13–18)

Dear Father in heaven, there is so much pain and anger in my heart. Yet, no matter where I turn for relief, I get wounded again and again. Please, dear Father, open Your arms of love to me and receive me unto Yourself. Please heal me, please forgive me, please flood my heart with Your peace and healing. Amen. 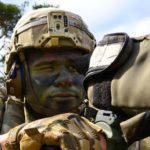 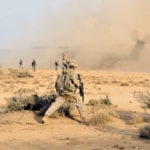 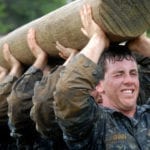