Uniform inspection at Army Best Warrior Competition. Photo by The U.S. Army is licensed under CC By 2.0

We wear our identity with great pride in the military.

Our uniforms tell the branch of service, the specialty, places served, honors, rank and sometimes much more. Yet, our status as warriors can become our identity, culture, personality and even our soul.

Eventually, every warrior takes off the uniform. Some take it off at retirement, some at the end of an enlistment. Others do so when medically disqualified, as a result of judicial or administrative action, or when passed over for a promotion. Eventually we will all leave military service. This can be a painful, even devastating experience. Many warriors experience an identity crisis when they realize they are no longer a Soldier, Sailor, Airman, Marine or Guardian. They identified themselves solely in terms of their military success and service.

In Ecclesiastes 1:3, King Solomon wrote about working hard year after year, only to have it come to a meaningless end.  He was Commander-in-Chief, leader of a nation, a wealthy man, a husband and a father. Yet, nothing satisfied him. Solomon realized all he would leave everything he worked for behind.

Nothing lasts forever, not for King Solomon and not for us. Eventually all the badges, medals, accomplishments, prestige and rank are relegated to the past. They will be remembered only in the colorful stories told to the next generation. But God has plans for us that go far beyond the military. While we’re still serving it may be difficult to understand, but the military will only be a portion of our life. God’s wants our identity to be in Him, rather than man-made systems.

Identifying solely with our uniform limits our effectiveness as Christians. God’s plan goes beyond our military service. It is time to invest in a a cause that will endure long after we leave the uniformed service. We must promote the cause of Christ. In so doing, life will become more fulfilling, meaningful and significant.

There is No Ideal 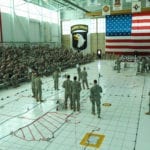 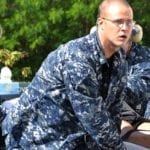