Three paratroopers on Asad Airbase, Iraq. Photo by Army is licensed under CC By 2.0

The Jesus of the gospels is the same Jesus we read about in Revelation. However, the book of Revelation is directed to Christians who were facing daily persecution and desperately needed encouragement. Understandably, John portrays the risen and victorious Christ to remind readers of the all-powerful and eternal God they serve.

“Then I turned to see the voice that spoke with me. And having turned I saw seven golden lampstands, and in the midst of the seven lampstands One like the Son of Man, clothed with a garment down to the feet and girded about the chest with a golden band. His head and hair were white like wool, as white as snow, and His eyes like a flame of fire; His feet were like fine brass, as if refined in a furnace, and His voice as the sound of many waters; He had in His right hand seven stars, out of His mouth went a sharp two-edged sword, and His countenance was like the sun shining in its strength. And when I saw Him, I fell at His feet as dead. But He laid His right hand on me, saying to me, ‘Do not be afraid; I am the First and the Last. I am He who lives, and was dead, and behold, I am alive forevermore. Amen. And I have the keys of Hades and of Death,’” (Revelation 1:12-18, NKJV).

So what can we take from this passage? Jesus wants us to know Him in a new way—a way that inspires hope when everything around us seems hopeless. The risen Christ defeated death, which is the final enemy, and stands as victor over all who would intimidate His church.

The risen Jesus stands as a tower of strength and power to all who face overwhelming odds. And though He is presented as an awesome figure to be feared, Jesus says to John, “‘Do not be afraid.’” Christians have no reason to fear because the conquering, risen Lord is on our side. On the other hand, anyone who opposes Him must cower. 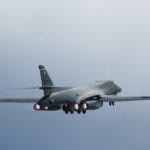 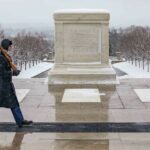 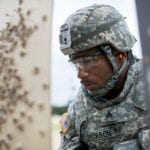