Who Are We Drawing Attention To? - The Warrior's Journey®
Skip to content

Who Are We Drawing Attention To?

Mass in Afghanistan. Photo by Army is licensed under CC By 2.0

If you’ve ever traveled across the Texas Panhandle on Interstate 40, then you’ll know what I’m about to talk about.

The Leaning Tower of Texas

Yes, the State of Texas has its own “leaning tower.” It’s located in Groom, Texas, 42 miles east of Amarillo. It consists of nothing but an old 85-foot-tall water tower that leans ten degrees to the southeast.

It used to be Groom’s main attraction. But now the leaning tower must share attention with a 190-foot cross located on the west side of town. That cross was erected only a few years ago as part of The Cross of Our Lord Jesus Christ Ministries’ display. Along with the towering cross, it features the Stations of the Cross with life-size statues and scriptures to inspire religious devotion to Jesus.

We know all about the origins of the giant cross, but what about that leaning tower? Well, that story only goes back to the late 1970s. A man in Groom, Ralph Britten, was opening a truck stop and restaurant on the highway, which at the time was old US Highway 66. When he found out that the nearby town of Lefors was getting a new water tower, he purchased the old one and transported it 34 miles to Groom.

Initially, the plan was to use the tower as a water supply. But when an alternate water source was found Ralph came up with an even better idea. He would use the tower to draw attention to his business. Using only a bulldozer, Ralph Britten tilted the tower so that two of its legs dangle in the air, while the other two are slightly buried. He filled only the bottom portion of the tank with water to keep its center of gravity over the two partially buried legs and the center standpipe.

The leaning water tower worked wonderfully at bringing business to the Britten USA Truck Stop and Restaurant. Britten would tell stories about motorists who would rush into his restaurant and scream, “Your tower’s about to fall!” And he’d tell them, “Relax. It’s always been that way. Why don’t you sit down and get something to eat?” That leaning tower helped Britten create a flourishing business.

But in the 1980s an electrical fire destroyed Ralph Britten’s buildings, leaving only the tilting tower. Around the same time US Highway 66 was decommissioned and I-40 took its place. Construction crews plowed up his parking lot to create a service road alongside the Interstate. All that’s left of his successful business is an open field with a tilting water tower in the center of it.

Yet the tower still draws attention—but only to itself. Motorists are constantly stopping for a snapshot of what has become a roadside icon. The tower once served in a support role, to bring customers into a prairie oasis. But now it only serves itself.

In a way, that is the story of many ministers of God. They have ceased drawing attention to Jesus Christ and now only highlight themselves. Figuratively speaking, in their ministry “the sandwich has lost its meat and only the bread is left.” Their focus and goal is the acquisition of wealth and fame. They preach sermons and write books only to make people to feel good about themselves or to affirm them in their self-gratifying lifestyles.

Every minister of God may be guilty, at some time, of having less than pure motives. They may sincerely long to serve God and lead others to Jesus. But they may also wish to please others, gain notoriety, and acquire material wealth. Even the disciples suffered this affliction (Mark 9:33–37; 10:35–45; Phil. 1:15–17).

But Jesus said that no one can serve two masters for very long (Matt. 6:24; Luke 16:13). Serving the purpose of self-promotion has got to give way to the purpose of serving Jesus Christ. One of the apostles, Judas Iscariot, gave way to the wrong master. The other eleven chose Jesus over all other pursuits. Their motives became so purified that, eventually, they could lay down their lives for Jesus. I suspect that many Christian ministers and believers might cease to serve Jesus, when serving Him ceases to be profitable.

Which master will win out in our lives? Would Christ’s absence in our lives leave us empty and purposeless? Or, would we coast along pleasantly without Him?

In the book of Judges, we read how Samson gave into Delilah’s final temptation and sacrificed the last vestige of his vow to God. She cut off his hair, which left him powerless. Then the Scripture says that he went out against the Philistines as before. Yet he wasn’t even aware that the LORD had departed from him (Judg. 16:17–20). He continued going through the motions, oblivious that the most significant part of his life was gone.

Dear Father in heaven, as You promised in Your word, please renew my inner man day by day. Purify my heart, my thoughts, my desires, and my motives. Conform me, O God, into the image of Your glorious Son and grant that I may only glorify Him. Amen. 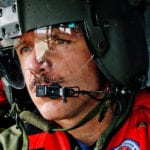 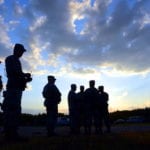 WEAK IN ONE AREA, BUT STRONG IN ANOTHER 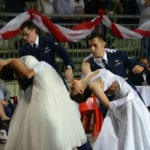