Defined by Success - The Warrior's Journey®
Skip to content

This patriot was court-martialed for cowardice and insubordination during the revolutionary war.

He had been in command of a garrison of soldiers at Castle William, near Boston, from the beginning of the War until 1779. He participated in the ill-fated Penobscot Expedition, which amounted to an attempted invasion of a British stronghold in Maine. But he and the invasion failed miserably. But we do not remember Paul Revere for his failures or his alleged insubordination and cowardice.

We remember him for his famous Midnight Ride. He and William Dawes alerted the militias of Concord and Lexington of the approaching British force. That way the militias were able to repel them at Lexington. They also harassed them with guerilla fire all the way back to Boston.

This Navy ensign was court-martialed for running his destroyer, the USS Decatur, aground in 1907. The crash caused significant damage to the vessel. But we do not remember Admiral Chester Nimitz for his early blunders.

Instead we remember him as the World War II Fleet Admiral who beat Japan’s Imperial Navy into obliteration. He consummately avenged America’s defeat at Pearl Harbor.

Nor do we remember the present record-holder for the most strikeouts at bat for his failures at the plate – a staggering 2,597 strike outs! Instead, we remember the Yankees powerhouse hitter, Reggie Jackson, as “Mr. October” for incredible heroics on the field, usually when heroics counted most. He hit 10 home runs in 27 World Series games. Four of them in consecutive order. He also hit 24 RBIs and had a World Series batting average of .351.

Harold Kushner has the following advice in dealing with failure. “Life is not a spelling bee, where no matter how many words you have gotten right, if you make one mistake you are disqualified.  Life is more like a baseball season, where even the best team loses one third of its games and even the worst team has its days of brilliance. Our goal is not to go all year without ever losing a game.  Our goal is to win more than we lose, and if we can do that consistently enough, then when the end comes, we will have won it all.”

Someone has wisely stated:

“Failure is a temporary detour, not a dead-end street,” and “Failure should be our teacher, not our undertaker.”

If your record is blemished with failure, you have plenty of company. The Scripture reminds us that “though a righteous man falls seven times, he rises up again.” (Proverbs 24:16).

Dear Father in heaven, when I stumble and fail, please help me. Lord help me to learn from my failures, move on and to grow stronger and wiser. Amen. 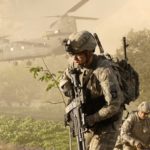 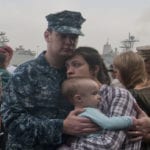