DO YOUR DUTY - The Warrior's Journey®
Skip to content

Feelings could not have been worse between the Soviet Union and the United States on the evening of September 25, 1983.  President Reagan had described the Soviet Union as an “Evil Empire” and was pushing for the deployment of the Pershing II ballistic missiles to West Germany.

The Soviet Premier Yuri Andropov had a profound distrust of all American leadership, particularly its chief executive. Three weeks earlier Soviet fighters had shot down a South Korean 747 passenger jet (KAL 007), killing 269 persons, many of them Americans (including United States Congressman Lawrence McDonald). A flood of U.S. and world condemnation followed, with the American President describing the USSR’s actions as “a massacre,” “a crime against humanity,” and “an act of barbarism” and “inhuman brutality.” Expecting trouble, the KGB had recently issued a secret communication that a massive U.S. nuclear strike was probable. U.S.-Soviet relations had deteriorated to their very worst.

At this critical hour, a Lieutenant Colonel in the Russian Strategic Rocket Forces, Stanislav Petrov, was on duty at Serpucov Bunker 15. Here he had the responsibility of monitoring possible threats of nuclear attacks via missiles or aircraft that targeted the city of Moscow. Under strict orders to report to superiors any threats, he realized that an all-out nuclear war hinged upon his simple word to higher headquarters.

Then, just after midnight on September 26, 1983, at 12:40 AM, the Soviet computer detection system alarm sounded. A U.S. ballistic missile had been launched and was headed for Moscow. Protocol dictated that he relay the message immediately and thus initiate a massive retaliatory response. But Colonel Petrov hesitated. He reasoned that a single missile launch was unlikely– a massive, simultaneous strike was U.S. strategy. 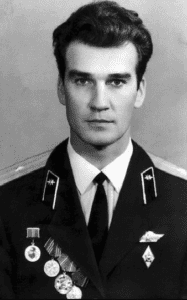 Plus Colonel Petrov knew the Soviet missile detection system had previously been in error and he suspected it was in error again. He did not report the alarm. But then a second missile was indicated by the defense system. Then a third, a fourth, and then a fifth. With alarms blaring, Colonel Petrov was under immense pressure. If he was incorrect he was condemning the city of Moscow to annihilation. If he hadn’t followed his gut, and had he pulled the alarm instead, he would have unnecessarily condemn the world to World War III. For a gut-wrenching moment, the fate of the world was in his hands.

Ultimately, the Soviet Officer went with his convictions, and did not report the “attack.”  Thus, after a few seemingly eternal minutes, it became clear that the computers and alarms were incorrect. His decision was vindicated, and unknown to the rest of the world, he had averted an all-out nuclear war.

The Soviet high command, however, didn’t see it that way. Since he had clearly violated protocol and written directives, Colonel Petrov was condemned as an unreliable officer. At the heart of the issue, Colonel Petrov had disclosed serious flaws of the Soviet’s defenses, causing embarrassment for the military’s senior leaders. He was fiercely interrogated, faulted, reprimanded, driven to a nervous breakdown, and then forced into retirement with the meager pension of $200 per month.

Where Honor Is Due 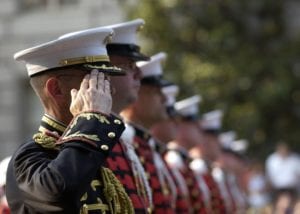 Twelve years passed before any news of this incident was disclosed in 1995.  After years in poverty, obscurity, and disgrace, the Association of World Citizens in 2006 at the United Nations General Assembly formally recognized and honored Lieutenant Colonel Petrov for his actions which may have literally saved the world.

Like Colonel Petrov God may be using each of us in some significant way. Perhaps the fate of the entire world will not hang upon our actions. Regardless, God has called us to a higher position to contribute to the earth, and be a blessing to its people. But should our good works, bravery, and fidelity never receive their due credit, do not conclude your efforts as a failure. Colonel Petrov endured more than two decades before his quiet, but critical, heroism received any recognition. Perhaps we will never receive credit or reward in this life. But do not lose heart. God, our Creator and Savior ,will reward us for our faithfulness in the life, making all our sacrifices worth the pain they bring.

Almighty and merciful Father, help me to be faithful in the work You’ve called me to do, whether I receive thanks, praise, recognition or not. Help me to fix my eyes on the heavenly prize and to seek to please You rather than people. Amen. 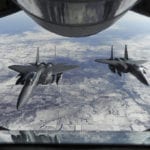 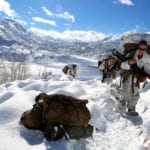 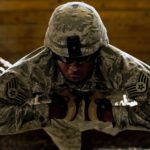