Atlantic Resolve. Photo by U.S. Army is licensed under CC By 2.0

The Coast Redwoods of Northern California and Southwest Oregon are the tallest trees in the world.

From a tiny seed that weighs only 1/7000th of an ounce, the redwood can grow to a height up to 400 feet. These living skyscrapers stretch so far to the sky, in fact, that they span several ecological zones, from the misty-moist zone at the bottom to the hot and dry zone at the top.

One of the most incredible facts about these magnificent trees is the massive number of life forms they support when they reach their full maturity. Suspended high in the redwood’s branches, hundreds of feet above the ground, are mats of needles, dirt, and debris upon which an assortment of creatures from salamanders, snails, slugs, beetles, and birds make their homes. Scientists have discovered that more than 1,700 plants and animal species benefit from the redwood trees while they live.

This parallels reality in each of our own lives. Too often we believe that our death will bring our life’s work and influence to a close. As the last chapter of our life reaches its final pages we can mistakenly think, “My life has accounted for very little—I have so little to show for my years.” The truth is that, like the fallen redwood that benefits more after its death than during its life, the people we bless and benefit after death may prove many times more than those we help during our lives. 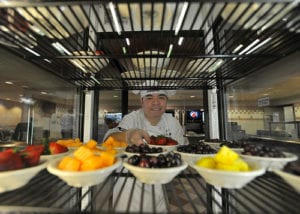 I think of men like Dr. J. Vernon McGee (1904–1988), whose pastoral and radio ministries reached thousands of different people in his day, particularly in the Bible Belt of America. Yet after his death, his writings continue to be published—now more than ever—and recordings of his radio broadcasts now reach millions in every corner of the globe.

So never despair because your life seems unproductive. Be faithful in the work He’s called you to do and commit your life’s labors and the results to Him. God is able to take the good seeds you have sown, and from them bring about a great harvest beyond your wildest dreams—even though it follows after you. The Scripture says, “Then I heard a voice from heaven say, ‘Write this: Blessed are the dead who die in the Lord from now on.’ ‘Yes,’ says the Spirit, ‘though they rest from their labors, their deeds will follow after them’” (Revelation 14:13).

Dear Father in heaven, Help me to be faithful in the work You’ve called me to do. Though sometimes my efforts seem fruitless, help me to commit my way to You and leave the results in Your capable hands. Amen.

In article photo: A slice of life by U.S. Air Force licensed under U.S. Gov Work 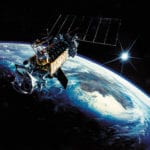