How Do Others See You? - The Warrior's Journey®
Skip to content

The core of servant leadership stems from three major motivations

For most of us these words from our commissioning oath stir our hearts as we think of our calling to serve our nation.

As I wrote in September, many of us have a strong sensing of what it is to answer the call on our lives to serve the Lord while carrying out our military commission. My question is how do you effectively carry out both commissions? I believe the answer lies in the question, “How do others see you?”

Much has been written about servant leadership with Jesus being the perfect example of the servant leader. Many point to Jesus’ washing of the disciples’ feet in John 13:1-17 as the model to follow. While most focus on the action, Henry and Richard Blackaby concentrate on the motivation and purpose behind the act. They point out that servant leadership stems from three major motivations.

First, servant leaders must love those to whom they are called to serve.

As an old adage goes, “people know how much you care, long before they care how much you know.” When your people see you, do they see and feel the love of Christ? For those of us who have served or are serving in the military, this seems to be too squishy for us. However, we are told in Galations 5:22 “the fruit of the spirit is love…” This is in fact, the first fruit of the Spirit. If those in your charge don’t believe you truly care for them, they will feel manipulated. To have genuine care and concern for others demands that you know about them—their desires, hopes, fears, family—and ensure they are provided for—proper training, tools, etc. Being a servant leader means allowing others to see that you have adopted the heart of Christ.

Secondly, with genuine care for those whom you lead, are you comfortable and content with who you are in Christ?

Do you possess the humility and grace that allows you to be approachable and authentic? I once served in a four-star command as a young major. I would occasionally catch glimpses of the boss, but rarely found myself in his presence. Then one Sunday as I was heading into church, I was surprised to see him handing out the hymnals. Not only did he smile as he handed one to me, but he knew me by name. There was no pretense. He was comfortable with who he was. Again, humility is many times misunderstood. As I was taught, humility is not thinking less of yourself, rather it is thinking of yourself less—hence the word “selfless.” Being a servant leader means allowing others to see you as a selfless person.

Lastly, and most importantly, we are called to be obedient to the One whom we serve.

Is your heart attitude one of working “heartily as for the Lord?” (Col. 3:23) Are you first seeking the will of your Father on how you can best serve others? When Jesus washed the feet of the disciples, He was first serving His Father in Heaven, through service to His disciples. As Henry and Richard Blackaby point out, Jesus’ act was also to teach them an ethos about servant leadership. Jesus also demonstrated that a servant leader must not be afraid to roll up his sleeves and join in the work. Being a servant leader means allowing others to see your obedience to God.

So, how do others see you fulfilling your dual commissions? Do they see a leader who cares for them with the heart of Jesus, who is humble, grace-filled and selfless, and who ultimately serves the One and only Lord? As you serve your nation and serve your Lord, you will have ample opportunities to shine the Light of Christ through your love and service to others. I pray that others see Christ in you.

With this article, General Warner continues his series exploring what it is to carry out your call to serve Christ in uniform. Only when we begin to understand God’s immense love and sacrifice for us, can we love and serve Him and others with all our hearts. 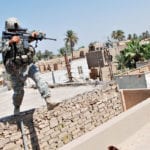 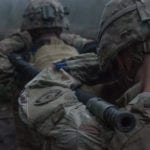 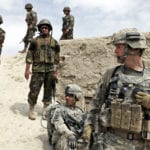