How Do You See Others? - The Warrior's Journey®
Skip to content

How Do You See Others?

Only when we begin to understand God’s immense love and sacrifice for us, can we love and serve Him and others with all our hearts.

Being a “steward leader” holds tremendous responsibility and opportunity.

Taking Care of Others

Airman Smith stands before you, having once again failed to meet standards.

As you gaze upon Airman Smith, what do you see? Do you see someone of little value, who doesn’t seem to “get it” regardless of all the time and attention you’ve poured into him? Or do you see those Airman Smiths in your command as the sons, daughters, fathers or mothers that others know and love—formed in the image of God, whom the Father dearly loves, and as a child that Christ yearns for?

A servant leader adopts the heart of Christ, loves those they’re called to serve, is comfortable with who they are in Christ, and is called to be obedient to the Lord, whom they ultimately serve. From this inward look, we now focus our attention outwardly to those whom you’re called to serve—those placed within your authority. Steward leadership means taking care of those with whom one works.

The parable of the talents—a matter of perspective

If we examine the relationship of the master to the servants, we know he:

Looking at it from the point of view of two servants, we know they recognized the:

Contrast their actions with the last servant’s inaction—fearful of taking any risk and thus squandering the opportunity to make a difference.

When it comes to the questions I posed concerning Airman Smith, I’m reminded of diamond cutters as they stare at a lump of coal. With a keen eye, acute knowledge, and great experience they’re able to peer past the blackness and mess; they can see the treasure that lies within. With prodigious patience and an eye focused on the end, they begin the process of freeing up the diamond from a rough stone into a treasured gem.

How marvelous to peer inside your Airman Smith and see the diamond that lies beneath. What a great privilege and challenge we as leaders, friends, fathers or mothers have—to extract the diamond laying beneath the surface. This awesome responsibility goes to the heart of “steward” leadership. As noted leadership expert Diana Baker said at a recent Christian Leadership Conference,

“A ‘steward leader’ is one who, like a servant leader, exemplifies the character of Christ and cares for those with whom one works. However, the difference is a steward leader realizes they are accountable to someone else to not only care for but also maximize the potential of, the resources in their purview. That means a more active role not only in making progress toward a mission but in particular when it comes to developing people so that they thrive as individuals in pursuit of a team goal.”

In Matthew 25:14–30, Jesus tells the parable of a master who gives “talents” to his servants and then comes back to check on their progress. Two of them took what was given to them and multiplied it, earning the master’s praise, “Well done thy good and faithful servant.” The third was called to account for squandering the opportunity to increase what they were given. In essence, the master gave to his servants something of great value and held them accountable for what they did with it.

Paul says in Ephesians 2:10, we are “God’s handiwork, created in Christ Jesus to do good works, which God prepared in advance for us to do.”

Do you see them as the Lord sees them? As diamonds waiting to be set free to achieve their full potential? Steward leadership is taking care of the people who have been “given” to you, developing their full potential, and earning you those wonderful words from the ultimate Steward Leader, “Well done thy good and faithful servant.” 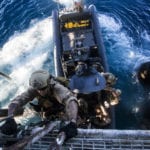 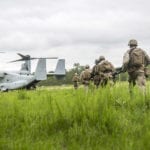