Know the Road They Travel - The Warrior's Journey®
Skip to content

Know the Road They Travel

New chiefs stand at attention after their pinning.. Photo by The U.S. Navy is licensed under CC By 2.0

Jim Carrey, the Canadian-born comedian and actor, is either hated or loved for his manic and overbearing performances in movies such as Ace Ventura: Pet Detective, Dumb and Dumber, The Mask, and Bruce Almighty. He likewise drew sharp criticism for receiving a $20 million paycheck for his role in dark comedy, The Cable Guy.

But it helps to know his humble beginnings. Carrey had to quit high school in the 10th grade in order to work as a janitor in a factory and help support his family. Most of his family worked in the same factory and lived in a small, company-owned bungalow. And Jim Carrey’s expectations for a career were so low that he concluded he’d go no farther than working in the Dofasco steel mill in Hamilton, Ontario.

J. K. Rowling, author of the Harry Potter series, is the first person ever to become a billionaire from writing books. Her books have sold more than 400 million copies and have been translated into 65 different languages. In fact, Harry Potter and the Deathly Hallows sold 11 million copies within the first 24 hours of its release.

But in 1995 Rowling was divorced, a single parent, living on welfare, She wrote in cafés because they were warmer than her tiny apartment. She worked on the manuscript for her first book on an old manual typewriter while her baby daughter slept. And then, after it was finished, Rowling was turned down by 14 different publishers. Finally, a small company, Bloomsbury, agreed to print it. When they advanced her $3000 it was the most money she had ever received at one time.

Oprah Winfrey is the highest rated television host in history and has garnered a phenomenal sixteen Emmy Awards. With as many as 100 million viewers at a time, many consider her the most influential woman in the world. She is certainly one of the richest (at a net worth of $2.5 billion).

Although Oprah has endured much criticism for popularizing tabloid TV and promoting controversial self-help fads, it is nothing compared to the adversity she endured as a child. She was born to unwed parents and raised in abject poverty in rural Mississippi. At the age of six she moved with her mother to the inner city ghetto of Milwaukee. From the age of nine, her cousin, uncle, and a family friend raped her repeatedly. She had a baby at age fourteen, but the child died shortly after birth. In desperation, her mother brought her to a detention home. Fortunately for Oprah, the detention home turned her away. She moved in with her father, who encouraged her love for learning and helped her attend college and succeed in life.

It always helps to know where people are coming from, to know the hard road they’ve traveled. This is especially true with people who vex and irritate us. If you are at odds with someone at work or in church, you might find that person more palatable if you listen to their story and understand the trouble they’ve seen. By listening to them, you might also diffuse a conflict and turn an enemy into a friend. The Scripture says, “Let everyone be quick to hear, slow to speak and slow to anger” (James 1:19).

Dear Father in heaven, help me not to be so quick to judge or to assume the worst about others. Please open my eyes to the pain and problems that others bear. Give me an understanding heart, I pray. Amen. 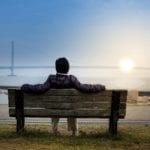 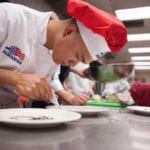 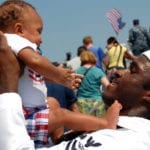