USS Robert G. Bradley painted. Photo by The U.S. Navy is licensed under CC By 2.0

A 22-pound meteor fell on a Michigan farm in the town of Edmore.

The composition of this meteor is 88.5 percent iron and 11.5 percent nickel. It’s age? Let’s just say that scientists consider it one of the oldest things in our solar system. Its value? Those same scientists assessed its value at more than $100 thousand. When did it fall to earth? More than 70 years ago! Then why haven’t we heard about it until now? Well, that’s the bigger part of the story.

About thirty years ago a man who wishes to remain anonymous was investigating a farm he wanted to purchase. In one of the sheds he saw a rock popping out of the ground. When he asked the owner about it, the farmer explained that it was a meteor which had fallen to the earth back in the 1930s. The man purchased the farm from him—and the meteor came with it. He dug up the meteor, cleaned it, and for the next 30 years he used it—as a door stop.

Three decades later, the anonymous man took the meteor to Geology Professor Mona Sibescu of Central Michigan University. She was able to establish its true significance and value.

Dr. Sibescu explained that, for the 18 years she’s worked at the university, people had brought hundreds of rocks to her, believing them to be meteors. Yet in all those years not one of them proved to be the genuine article. But as soon as Dr. Sibescu saw this rock, she knew it was something special. She called it the world’s most expensive doorstop. It was a $100 thousand meteor—doing the work of a brick.

Think about it. We have all heard of stories of undervalued human beings. Can you recall the hundreds of thousands of Hebrew slaves in the land of Egypt? Among them were potential artists, music composers, song writers, doctors, scientists and inventors. But the Egyptians only had one use for them—to tread mud for making bricks (Exod. 1:8–22).

Most of us know the feeling of being under-valued and unappreciated. We’ve been stuck in positions in which none of our God-given talents mattered. We were only valued on our ability to do the most menial tasks. And if we didn’t push a broom or lift a load as well as someone else, our boss condemned us as “good for nothing.”

Or, if our talents didn’t match the narrow spectrum of duties in a specific job, our supervisors deemed us as, “Hopeless.” Or, perhaps we’ve simply been used as links-in-a-chain, cogs-in-a-wheel, or stepping stones for someone else’s advancement. Such jobs can rob a person of all inspiration and motivation.

Facing such unfulfilling jobs day after day is a bitter chore. It’s even more painful if, while we’re chained to inglorious responsibility, we constantly hear of others doing only what they love and basking in the limelight for it.

I’m convinced that it takes a far greater faith to do the undesirable jobs, rather than those which give immediate enjoyment and reward.

Yet we shouldn’t despair if God’s sovereignty consigns us to such a role. Our humiliation may be accomplishing something wonderful and mysterious in us. Think about it. I’m convinced that it takes a far greater faith to do the undesirable jobs, rather than those which give immediate enjoyment and reward. For in them we must look exclusively to Jesus for our recognition, praise, and reward. It simply doesn’t come from any other source. In those unfulfilling jobs we must look beyond this life, to focus on eternity, and to see Him who is unseen. As a result, our faith grows and our motives are purified.

If life consigns you to such work—and there is no present way out—don’t despair. If Jesus is your Lord then He will turn your curses into blessings (Deut. 23:5). He will use your humiliating circumstances to ultimately exalt you to greater things (Luke 18:14) – just as He did with Joseph in Egypt. God trained him for a humanity-saving mission through the humiliation of servitude and imprisonment (Gen. 50:20). If Jesus calls the shots in your life, then you can be sure He’s using your current affliction to prepare you for greater things.

And don’t underestimate the importance of your current work, no matter how menial it may seem. There is no shame in being a “cog on the wheel” for Jesus. Jesus spent most of his life as a carpenter—long before they had unions, certifications, and licenses. Jesus also washed people’s dirty feet—and He did this at the pinnacle of His earthly “career.”

Yet Jesus never considered His earthly ministry as a career. In His own words He said, “The Son of Man did not come to be served, but to serve and to give His life as a ransom for many” (Mark 10:45). He came to serve and to die for those He loved. Isn’t that the very purpose of our lives—to serve others and to benefit others for the glory of God?

Didn’t Paul write to the Christian slaves of his day that if they dedicated their service to God, then God would reward them as richly as the greatest in the kingdom of God (Eph. 6:5–8; Col. 3:22–24)? After all, it’s not what we do which determines if our work is sacred or secular. It’s why we do it. If we do it to please our Father in heaven, regardless of its apparent insignificance, then its significance takes on infinite proportions. On the other hand, we may be the most famous and influential churchman in the world. Yet if we do everything only to be noticed by people, then our work loses its significance and our reward is only in this life.

Dear Father in heaven, to You alone I dedicate myself and the work which You have given me to do. Please accept what I do as an act of service to You. Please bless and strengthen me to do this task and make me a blessing to others. Through my faithfulness, day after day, please cultivate in me faith and purity. You alone see the work I do and You alone know the battles I fight to accomplish the task. From You alone I seek recognition and reward. Help me, O Father, I pray. Amen. 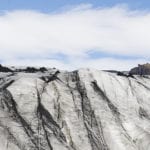 SOMEBODY HAS TO DO THE WORK

A Time for Running 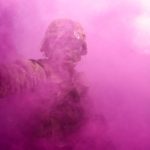