Do Not Despise the Little Things

Greetings in Ma'dain. Photo by The U.S. Army is licensed under CC By 2.0

In the 11th Century Duke Robert of Normandy, also known as Robert the Magnificent, was a pious warrior and a just ruler.

He was about to embark on another expedition and was concerned that he might not return to raise his illegitimate infant son and only heir. Therefore, Robert required of his knights and nobles to swear sacred allegiance to the young child. As one of his army’s commanders knelt before the tiny child, a smirk came across his face—as if swearing fealty before a mere baby was silly. “Why are you smiling?” the Duke demanded. “But, Sire, he is so little!” “Yes, he’s little,” said the Duke. “But he’ll grow!”

Indeed, the child grew—to become William the Conqueror. In 1066, he crushed the forces of Harold of Godwin to become King of England. And he lead the Norman Conquest which changed the destiny of Great Britain forever. 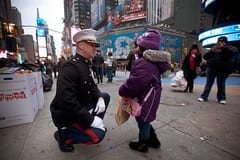 We’re often tempted to dismiss our commitment to the little things of life. Little children, insignificant tasks, low-profile missions, and small beginnings too often receive our half-hearted devotion. We fail to understand what profound and powerful outcomes they will have.

What would have happened if Moses’ mother had not feared God more than Pharaoh’s wrath when she saved her child from the Egyptian king’s edict that all male newborn must die (Heb. 11:23)? The world would not have been blessed by the great emancipator, lawgiver, and servant of God.

What would have happened if Alexander Fleming had discarded all those staphylococci bacterium cultures contaminated with the penicillin fungus? The world would have missed a new wonder drug that saved the lives of millions.

What would have happened if an Iowan botanist named Norman Borlaug had not agreed to labor for decades in Third World countries and in total obscurity to produce drought- and blight-resistant strains of grain? Historians believe that humanity would have suffered the deaths of well over one billion people from starvation and war.

If God has called you to a mission—to care for a child, to perform acts of service, or to labor faithfully in complete obscurity—then fulfill your obligation zealously.

Do it for God who called you and whom you are ultimately serving! But also do it because nothing God gives us to do is ever insignificant or wasteful. And you cannot know in this life what profound and powerful impact your “little task” will have. “Therefore, my beloved brethren, be steadfast, immovable, always abounding in the work of the Lord, knowing that your toil for the Lord is never in vain” (1 Cor. 15:58).

Dear Father in heaven, help me to look beyond the seeming insignificance of my current task to the God it pleases and to the unseen impact it will have in the future. Amen.

In article photo: Toys for Tots in Times Square by the U.S. Marines licensed under U.S. Govt. Work 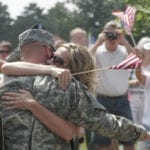 Three Ways God Portrays His Love for Us 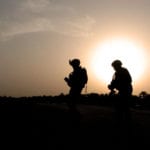 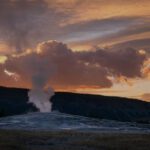