Off Limits to Satan - The Warrior's Journey®
Skip to content

Off Limits to Satan

iraq. Photo by Army is licensed under CC By 2.0

Last November, when 25-year-old Canadian Kyle Blair spotted a car halted at an intersection in Surrey, BC, he thought it would be an easy “car-jack.”

He ran up to the driver’s side, pulled the door open and attempted to jerk the driver out from behind the wheel and speed off with the car. That’s when things went terribly wrong. First, the driver was a considerably bigger man than Kyle and highly-trained in self-defense. Second, there was not just one, but two “big, burly men” occupying the car. Third, the car Kyle was trying to steal was an unmarked police car and it occupants were two Royal Mounted Policemen. Poor Mr. Blair was easily subdued and arrested for attempted car theft and parole violation.

The believer is destined to overcome all Satan’s temptations and flaming missiles.

You know, many believers view themselves as vulnerable little children in a world filled with demons. While that might be partially true for us, we must also realize we are far from vulnerable. Believers are indwelt by the Spirit of God. The Holy Spirit is both a mark of God’s ownership on us and His guarantee to us that He will complete and consummate His work of salvation in our lives (2 Corinthians 1:21–22; 5:5; Ephesians 1:13–14; 4:30).

If Kyle Blair had only seen and known who was occupying that car, he would have never tried to steal it. It’s the same with a believer in Jesus. As long as he or she is inhabited by God’s Holy Spirit, a believer is “untouchable” to Satan and his demons.

John the Apostle explained it: “You are of God, little children, and have overcome them, because He who is in you is greater than he who is in the world,” (1 John 4:4, NKJV). This presence of God, John explains, is why the believer is destined to overcome all of Satan’s temptations and flaming missiles.

Of course, God’s protection over us extends to His warrior angels whom He stations as guards around us.

“For He shall give His angels charge over you, to keep you in all your ways. In their hands they shall bear you up, lest you dash your foot against a stone” (Psalm 91:11-12, NKJV). “The angel of the Lord encamps all around those who fear Him, and delivers them” (Psalm 34:7, NKJV).

Do Not Fear. Pray.

As the prophet Elisha told his fearful servant when they saw the Syrian army sent to destroy them: “Do not fear, for those who are with us are more than those who are with them” (2 Kings 6:16, NKJV). Then Elisha prayed, “Lord, I pray, open his eyes that he may see,”  (2 Kings 6:17, NKJV). Then the servant looked and beheld that the surrounding mountains were filled with heaven’s armies ready to protect them.

Someone very powerful dwells within you and has His angels surrounding you to guard you against all evil.

In the Bible, God gives us more than one hundred commands not to fear, worry or be afraid. It’s for a very good reason. Someone very powerful dwells within you and has His angels surrounding you to guard you against all evil. Therefore, let God, and not the devil, be your preoccupation. Focus on serving and pleasing Him.

Dear Father in heaven, I place myself, those I love and everything that concerns me into Your capable and loving hands. I trust Your power to protect me, Your love to make the bitter into sweet and Your wisdom to accomplish the most perfect end in the most perfect way. Amen. 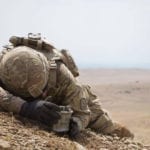 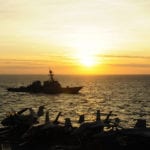 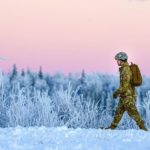