In any discussion about the Apollo moon flights, scientists and aeronautical engineers have a very sad admission to make. Much of the technology and information that went into the Saturn V Rocket and its F-1 Engines has been neglected or lost.

This disturbing news seems incredible to today’s generation. We assume, “With all our advanced technology, there’s no way people in the late 1960s and early 1970s could have information that we do not have today.” But it is possible. And we see examples of it everywhere.

Regarding the Saturn V Rocket, keep in mind that many industries and hundreds of thousands of workers were marshaled to create it. Many of its parts were literally hand-crafted by engineers and welders who have long since died and taken their expertise (and personal notes) with them. NASA turned its attention away from exploration to more practical applications—communication satellites, space telescopes, orbiting laboratories. 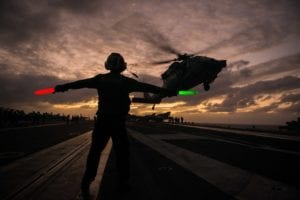 Plus America’s sentiments changed. During the Apollo program, many in America complained, “We can send a man to the moon, but we can’t get the poor out of the ghetto.” Well, here we are, fifty years later. We’ve still got plenty of poor people in our “ghettos,” and we haven’t sent a single human beyond earth’s orbit. In the process, we lost our ability to send people to the moon.

Other examples of lost technology abound. Just think how much better-equipped people of the early 1900s were to survive blizzards and ice storms than today’s generations. A lot of know-how went into surviving nature’s wrath before the advent of electricity and internal combustion engines. Most people maintained skills in farming, building shelters, raising and slaughtering livestock, preserving fruits, vegetables, meats, etc. But for us, the mere loss of electrical power for a few days creates a crisis. Most of that survival technology has been lost.

Even today old-timers chuckle watching videos of Millennials trying to drive a manual transmission car or use a rotary-dial phone. Writing in cursive is another lost skill brought on by computers and texting. Obviously, while some knowledge is gained with each new generation, other knowledge is lost.

I keep this in mind when I read theological reference books. Thirty years ago, most of my seminary professors would scorn older reference works as obsolete and superseded by more up-to-date commentaries and lexicons. It’s as if they were applying the same “latest advancement in technology” mentality to the latest theological work. They seemed to make the assumption that “the latest” and “the greatest” were synonymous.

In reality, many biblical scholars of today lack many of the skills of those who lived a century ago. A century ago scholars knew Latin and Classical Greek. Latin was once the universal scholarly language. It made theological works throughout Europe accessible and understandable to theologians everywhere. A century ago Bible scholars also had schooling in Classical Greek literature. And, scholars could trace a word’s usage through the writings of Homer, Plato, and Aristotle.

Don’t Throw Away the Old

Today, many of the latest commentaries and lexicons represent a developing tradition of interpretation. Much more than they reflect discoveries of ancient Greek and Hebrew texts or an increased knowledge of biblical times. In other words, commentaries and lexicons are becoming narrower in their theological slant than earlier works had been. The latest is not necessarily the greatest. But it might simply be more theologically biased.

So don’t throw away all those older books. A lot of excellent scholarship went into the volumes of theology, commentaries, and Greek and Hebrew lexicons of the past. They still have a valid voice that needs to be heard—if only to balance out today’s theological discussions.

Above all, never substitute any theological work for the Bible. “For you have been born again, not of perishable seed, but of imperishable, through the living and enduring word of God. For, ‘All people are like grass, and all their glory is like the flowers of the field; the grass withers and the flowers fall, but the word of the Lord endures forever’” (1 Peter 1:23–25).

Dear Father in heaven, open my eyes to Your holy word. May Your Holy Spirit be my Teacher to lead me into all truth. Create fertile soil in my heart that Your word may take root and bear fruit in my life. Amen.

Note: This is not to deny that the technology to travel to the moon can be developed again. Engineers have already developed a blueprint of an updated F-1 Engine, reducing its parts from thousands to just forty. https://www.youtube.com/watch?v=ovD0aLdRUs0>
interview of astronaut Don Pettit
https://www.forbes.com/sites/quora/2015/12/11/how-we-lost-the-ability-to-travel-to-the-moon/#62e33a101f48> 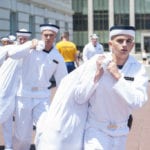 The Agitation Will Do You Good