There are Treasures in God’s Garden

There are Treasures in God’s Garden 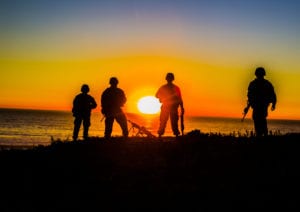 A recent LiveScience.com article described the discovery of a stash of 500-year-old gold coins in an English Garden. The 63 gold coins date back from the 1400s to 1540, minted from the time of Edward IV to Henry VIII. Interestingly, those minted in Henry VIII’s time each include the initials of one of his queens: Catherine of Aragon, Anne Boleyn, or Jane Seymour.

The family who discovered the coins lives in the New Forest district of Hampshire, a county in southeastern England. They were digging in their garden at the time. The family immediately notified the British Museum, which runs the Portable Antiquities Scheme (PAS) near their location. The historical face value of the coins was only £24. But at the time this amount was higher than the annual average wage in Tudor times. In fact, £24 in those days would equate to about $18,000 today. However, as a historical treasure this 500-plus-year-old discovery is worth immensely more.

An interesting aspect of this story is that the number of such discoveries in home gardens skyrocketed in 2020. The British Museum’s Treasure Registrar, Ian Richardson, explained why. The Covid-19 pandemic forced millions to stay at home, leading to a rise in home gardening.  In 2020 alone, over 47,000 such artifacts have been discovered in domestic gardens.

Sadly, people in America are not likely to find such treasures in their gardens – beyond vegetables and fruits to feed the body. But spending more time digging in the rich soil of Holy Scripture will most definitely uncover spiritual riches for the soul. Plowing through the Bible will unquestionably lead to the discovery of truths to feed our hungry hearts, to draw us closer to God, to help mend our marriages, and to make us better people who live harmoniously with others.

The 1990s and 2000s saw an increase in “books of wisdom” as best-sellers. The success of H. Jackson Brown’s Life’s Little Instruction Book, and hundreds of others volumes like it, demonstrate that people recognize their need for life-wisdom. They need guidance to help them avoid stupid and painful choices and to build lives filled with joy, peace, and love. The Bible overflows with such wisdom and those who follow its precepts are like the wise man who built his house upon the rock. Those who neglect its teachings are like the fool who built his house upon the sand – and saw it come crashing down with the storms of life (Matthew 7:23-24). 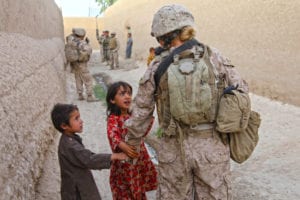 Just think of all the pain and misery humanity could avoid by heeding the message of the Sermon on the Mount. What kind of a world would we live in if people would love their enemies and do good to them? If we would bless those who curse us, pray for those who persecute us, and treat others the way we’d like to be treated, wouldn’t Earth be a safer and more pleasant place to live (Matthew 5:38-48; 7:12)? If we honored one another above ourselves (Romans 12:9-21, esp. v.10), wouldn’t far fewer homes be broken? Wouldn’t marriages, churches, and businesses run more smoothly?

And there’d be many unexpected treasures discovered as well. For instance, many people of science have credited the Bible as the foundation for scientific inquiry. Both Sir Isaac Newton and Francis Bacon were Christian believers. And they accepted the universe as described by the Bible – a universe governed by God’s unchanging and predictable laws, rather than by magic and spirits.

Think of the many deaths that could have been avoided if doctors heeded the biblical injunction, “the life of a creature is in the blood” (Leviticus 17:11). Bloodletting would have been administered a lot less.

Think of how many infectious diseases could have been avoided if doctors had washed their hands after contamination and before examining the healthy (as the Scripture prescribes). Dr. Ignaz Semmelweis discovered this. When he first took charge of the maternity ward at the Vienna General Hospital, the mortality rate for mothers was one in six. But after he enforced strict cleansing procedures for doctors before they examined mothers who had just given birth, that rate descended to one in ninety-two.

Matthew Maury, the “Father of Modern Oceanography and Naval Meteorology,” credited the Bible (esp. Psalm 8:8) for inspiration to search for the “paths of the sea,” i.e. ocean currents. A number of America’s Founding Fathers found the idea for the three branches of government (Legislative, Judicial, and Executive) from Isaiah 33:22. There are many other unexpected treasures discovered in the Bible that we could mention. But God certainly has many discoveries waiting for you in His holy word. So spend time digging in this fertile garden. His divine truth awaits you. 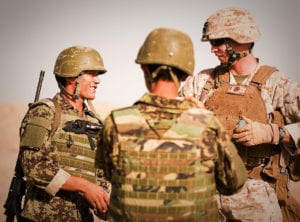 PRAYER:  Open my eyes, O LORD, that I may behold wonderful things from Thy law. Through Jesus Christ, Amen. 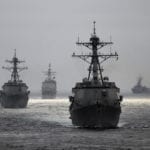 Artwork On A Giant Scale 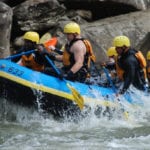