THREE STRIKES AND YOU’RE OUT? - The Warrior's Journey®
Skip to content

Say Uncle. Photo by U.S. Marines is licensed under CC By 2.0

My fourth year of Bible College was one of the worst of my life.

No one died that year, thank God, though my wife came very close. For the first few weeks of school, I had an intestinal bug which made it difficult to so much as stand on my feet. I worked full-time along with taking nineteen semester hours in the fall semester and twenty-one in spring. My wife had a very difficult pregnancy with our daughter that year and had to remain on bed rest most of the time. After giving birth, she nearly bled to death from an overlooked tear in her cervix. And then there was our toddler. He was an armful who roared himself to sleep every night.

But the family, work, and academic burdens were just part of the problem. The Bible College I attended had recently hired a new president. He was chosen for the job because of his draconian methods of “cleaning up messes” and “raising funds” in previous organizations. This was the early 1980s, when it was becoming popular to run churches like businesses. This mindset was evident at my school. For when one of my college loans was a week late, I was threatened with expulsion for not paying my next tuition payment on time.

Yet a bigger threat of expulsion came from one of the president’s policies. It related to daily chapel attendance. Every morning at 7:30, students were required to attend chapel services. But this requirement came with a threat. Our president warned, “If you miss three chapel services, you will no longer be a student in this school.” In other words, “Three strikes and you’re out.” Regardless of the money you’ve already invested in your education and regardless of your academic performance or any extenuating circumstances, the sentence was the same. Three missed chapel services and you’re expelled.

Now, maintaining a flawless attendance record at chapel might not be a problem for your average student. But I worked evenings after school, from 5PM to 1AM. And didn’t get home until about 2AM. After doing homework, I might be able to get a few hours of sleep. Laboring under these circumstances and the threat of expulsion made me hate chapel.

But we made it through successfully. My wife survived two near-death experiences and I survived the school’s rigid policies.

Years later, while taking classes in seminary, I reviewed a taped speech by the president of that Bible College. In the speech, he described his leadership style as the pastor of a large church in Chicago. And guess what? He employed that same “three strikes and you’re out” with his pastoral staff in reference to their daily prayer-staff meetings. Imagine. A subordinate pastor, who had uprooted his family to move to Chicago and had served the congregation faithfully, was threatened with being fired if he missed three or more of the daily meetings. 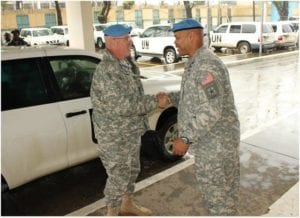 hat a contrast to Jesus Christ! He never employed any “three strikes and you’re out” policies with His disciples. Actually, I find it amazing that Jesus never fired any of his apostles, not even Judas. Right up until the end—at the Last Supper—Jesus positioned Judas to his left and John to His right—the two places of honor (John 13:21–30). And by seating Judas there, as they reclined at table Judas could have whispered in Jesus’ ear, “Lord, help me. I’m about to crumble!” Jesus gave Judas that last opportunity before he rushed out to betray Him. If only he had taken it, we would never know anything more about Judas other than he was a faithful and courageous apostle like the other eleven.

What is most revolting about that “three strikes and you’re out” approach, is that Jesus had a far more justifiable reason to employ it. Yet He refused to do so. Peter denied the Lord no less than three times. That’s a far more serious offense than missing chapel or a staff meeting. Yet, even though Jesus had warned His disciples about denying Him before men (Matthew 10:33), He always opted to show mercy, rather than judgment.

Look at John chapter 21, which records one of Jesus’ post-Resurrection appearances. We find that Peter has returned to fishing, his old profession. It appears that Peter still isn’t sure of his standing with Jesus. He seems to have believed that he was no longer an apostle (John 21:1–3).

But notice how Jesus publicly reinstates Peter. Jesus carefully orchestrates the events of that morning. Christ arranges the circumstances so that they mirror the events surrounding Simon Peter’s calling, as recorded in Luke 5:1–11.

On the day Jesus first called Peter to follow Him, we read that Peter and his brother Andrew had been fishing all night without catching anything. Jesus enters their boat and tells Peter to launch the boat and cast their net one more time. Simon Peter reluctantly complies. And, instantly, after casting his net into the water it becomes filled with fish.

Peter, overcome, by Christ’s power and majesty, cries out, “Depart from me, for I am a sinful man, O Lord.” To which Jesus replies, “Do not be afraid. From now on you will be catching men.”

Now, three years later, Peter has again tried fishing—all evening, in fact. But he’s caught nothing. And, again, Jesus tells him to cast the net into the water. Peter reluctantly complies. And, again, the nets become so filled with fish that they nearly break.

This is Jesus’ way of letting Peter know that nothing’s changed between them. Jesus called Peter three years before and He’s renewing that call again. And for every time that Peter denied the Lord, He gives Peter an opportunity to publicly confess Him. And each time Peter tells Jesus, “Yes, Lord, You know that I love You,” Jesus tells him, “Feed My sheep.”

That’s how Jesus operates. There’s no “three strikes and you’re out” policy. Jesus doesn’t fire us or kick us out of the kingdom if we fail three times or three million times. The mighty Lord Jesus Christ uses failure as our teacher, not our undertaker.

No Option to Lose 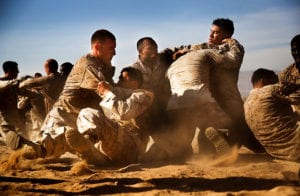 You know, in the early days of WWII, things were going very badly for Great Britain. France had fallen and the British forces there had to be evacuated from the mainland at Dunkirk. The British stronghold of Tobruk fell to the Nazis and the fortress of Singapore had fallen to the Japanese. The British flagship, HMS Hood was blown out of the water by the mighty Bismarck. Everywhere, British forces were in full retreat. Those early days of the war were marked by failure after failure.

Yet Prime Minister Winston Churchill and his generals found strength in some sage wisdom from their predecessors. It was this: “We can lose every battle, except the last one.” They knew from history that many battles can be lost without losing the war. As long as they kept fighting and refused to surrender, they would triumph. And so it was.

And we can also glean inspiration from redemptive history. We can see how Abraham, Jacob, Judah, Moses, David, and Peter all stumbled badly. They all lost battles along the way. Yet God never handed them a pink slip or tossed them aside. God persevered in their lives and perfected the good work He began in them. And although we may stumble and fail multiple times, by the power of Jesus Christ we will gain the inevitable triumph, so help us God.

Dear Father in heaven, into Your loving and capable hands I commit the care and salvation of my soul. I trust in Your amazing grace which is always sufficient for me. Please, O God, take the raw and tainted material of my being and fashion me into the person of Your dreams. Amen.

In article photos: United Nations arrival by U.S. Army licensed under CC BY 2.0

Let's Get Ready to Rumble!!! by U.S. Marines licensed under U.S. Gov Works 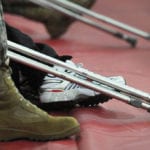 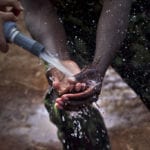 THE WATER TREE OF MONTENEGRO 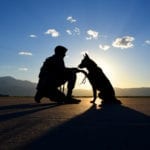