What chances for survival would a person have against an atomic bomb attack?

Not Once, but Twice 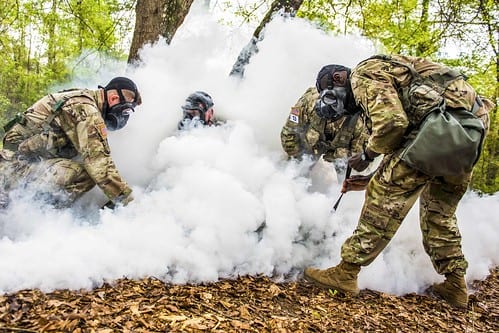 Consider the example of Tsutomu Yamaguchi. He was in the city of Hiroshima on a 3-month business trip when the first atomic bomb was dropped on August 6, 1945. In fact, on that very day, he was in the process of boarding a train home. But, just before departing, he suddenly recalled that he had left his hanko (an identification seal) at his workplace, and turned back to retrieve it. On his return to catch the next train, while only 1 ½ miles from ground zero, a tremendous flash of light blinded him and a powerful shock wave slammed him to the ground. The blast ruptured Yamaguchi’s left eardrum and intense heat badly burned his upper torso. Medical personnel bandaged his burns and he spent the night in an air-raid shelter.

Yearning to get home, however, Yamaguchi boarded a train to take him back to his native city. And despite his burns, two days later Yamaguchi found the strength to return to work—at Mitsubishi Heavy Industries, in his hometown … Nagasaki. Mr. Yamaguchi recalls that he was describing the Hiroshima atomic explosion to a co-worker when the second atomic bomb detonated over the city–again only 1 ½ miles away. The factory was demolished, but again Yamaguchi survived—and without further injury.

And despite the intense heat, blinding flash, and lethal bombardments of radiation, Mr. Yamaguchi survived, recovered, and lived to the age of 93 before he finally died of stomach cancer in January 2010.

I have read of many other stunning survival stories of people, for instance, who have survived falls of thousands of feet from aircraft. I’ve read of others who—like George Washington at Braddock’s defeat—have been shot at hundreds of times and yet, though bullets tore their clothes apart, killed the horses they rode upon and killed every other officer in their regiments, yet they survived unharmed.

I also recall those who, in the relative safety of the workplace or home have died from the most non-lethal things. I remember, years ago, a funeral that was held for a man who suffered a massive heart attack. He had been in very good health and had no history of heart disease. But, while walking across the timbers of a demolished house, a tiny splinter of wood penetrated his foot. A fragment of that splinter made its way into his bloodstream and into his heart–and killed him. Why do the lives of some seem so fragile and the lives of others so indestructible? How can one person’s life be snuffed out by a microscopic E. coli bacterium and another endure multiple atomic bomb attacks? Mr. Yamaguchi recognized a higher power that protected him. General Washington believed the hand of God preserved his life as well.

God in the Picture 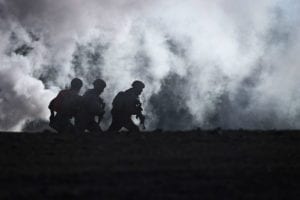 Is it God who makes the difference? I believe so. Consider the Psalm which reads, “I will say to the LORD, You are my refuge and my fortress. My God in whom I trust! For it is He who delivers you from the snare of the trapper and from the deadly pestilence. He will cover you with His pinions and under His wings you may seek refuge. His faithfulness will be your shield and encompassing armor. … A thousand may fall at your side and ten thousand at your right hand, but it (destruction) will not come near you. … For you have made the LORD, who is my refuge, even the Most High, your dwelling place” (Psalm 91:2–4, 7, 9).

When you are afraid and sense danger on your path, cling to the God who is mighty to save. For when you are in His care, when God is your refuge, and when He holds you in the hollow of His almighty hand–nothing will by any means harm you (Luke 10:19). And if it should be God’s time to call you home, He will guard and preserve your soul (1 Thessalonians 5:23–24). He will bring you safely to His heavenly Kingdom (2 Timothy 4:18). He will make you stand blameless before His glorious presence, with exceeding and great joy (Jude 24).

Dear Father in heaven, no stack of insurance policies and health benefits can prevent my injury or death. No matter how much the government of man tries to insulate me from danger and disease, it is by Your power that I stand or fall. Please, dear Lord, keep me as the apple of Your eye and shelter me in the hollow of Your almighty and all-loving hand. Amen.

Information from Martin Childs, “Tsutomu Yamaguchi: Survivor of both the Hiroshima and Nagasaki atomic bomb blasts,” The Independent, February 1, 2010. 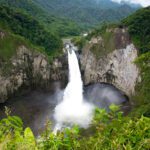 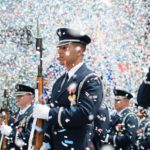 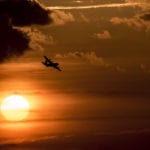