Jesus Christ: The First And The Last - The Warrior's Journey®
Skip to content

Jesus Christ: The First And The Last

Jesus Christ: The First And The Last 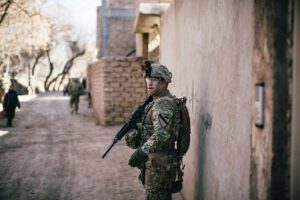 Have you ever watched the 1963 Columbia Pictures presentation, Jason and the Argonauts? It’s a great movie that features the stunning work of visual effects wizard Ray Harryhausen and the stirring score of composer Bernard Herrmann.

There’s a scene in this movie that provides a great spiritual lesson. On the advice of the blind prophet Phineas, Jason and the Argonauts set sail for Colchis through the “Clashing Rocks.”  As Phineas told Jason, the name Clashing Rocks speaks for itself. They consist of high precipitous cliffs on either side of a narrow waterway. They smash together whenever sailors attempt to pass between them, breaking their ships to pieces.

Phineas gives Jason an amulet of Triton, the son of Poseidon, as a gift to help him through the clashing rocks. As Jason and the Argonauts approach the Clashing Rocks they begin to rumble and threaten to destroy them. Jason casts the amulet into the sea, but out of the water rises the mighty Triton – a towering figure with the body of a man and the tail of a fish.

Triton positions himself ahead of Jason’s ship – the Argo – and between the Clashing Rocks. Then, with outstretched arms, he forces the cliffs back, allowing Jason and his crew safe passage. Once Jason and his men have passed through the danger zone, Triton releases the angry cliffs to do their harm to someone else.

There is an Old Testament equivalent to this story. It’s recorded in Joshua, chapters 3 and 4. Here God commands the Israelites to cross the Jordan River, but the river is at flood stage making it impossible to cross. So, the order is given for the priests to take up the Ark of the Covenant and march ahead of Israel, straight into the flooded Jordan.

As the feet of the priests touch the waters of the Jordan, the river parts. To the north the waters gather into a great heap. To the south they drain away, leaving a dry river bottom behind. 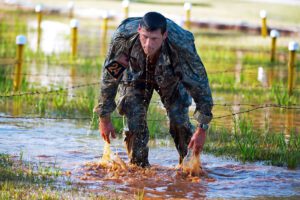 But rather than marching through the river, the priests stop and take up their position in the middle of the riverbed. And they remain there until the whole of Israel has passed safely through the Jordan River into the Promised Land. Then, still carrying the sacred Ark, the priests march out of the river bottom and step into the Promised Land. And as soon as they do this, the backed-up waters of the Jordan are suddenly released, like a dam that breaches. The priests were the first into the waters and the last out.

And in a redemptive sense, Jesus is the beginning and end of our salvation. Jesus began the good work in us, and He will consummate it at His return (Philippians 1:6; 3:21). The foreshadowing of His redemptive work is foretold in Genesis (Genesis 3:15) and its consummation is recorded in Revelation (Revelation 19-22). From the foundation of the world, we are told, Jesus is “the Lamb slain” (Revelation 13:8).

As the priests and the Ark entered the Jordan ahead of God’s people to hold the waters back until they could safely pass through them, so Jesus goes ahead of us as a Forerunner (Hebrews 6:19-20). He holds the way into heaven open for us. For us, He holds back the wrath and judgments of God still to come (1 Thessalonians 1:10). And on a daily basis, He goes ahead of us into every furnace of affliction, every overwhelming flood, and every demonic attack (Isaiah 43:1-3). And there He remains until we have safely passed through it.

Yes, we’ll certainly feel the heat of the flames. We’ll certainly get wet. And we’ll hear the poisonous lies of Satan’s hoards. But Jesus shields us from all the real danger. For “in the day of trouble He will hide us safely in His tabernacle” (Psalm 27:5). Jesus holds back the clashing rocks and will not let them harm us – until we are safely through them. 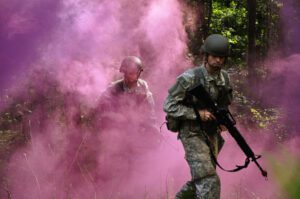 Therefore, don’t dread the storms of life, nor its fiercest trials. For that’s where you’ll meet the Lord in a new and deeper way. He’ll hold back the full fury of the ordeal – and He’ll always keep the exit door open. He’s always first into the danger and the last out.

PRAYER:  Dear Lord Jesus, into Your tender care and Your almighty hands I entrust my spirit, soul, and body. I trust You, O Lord, to go ahead of me into the valley of death’s shadow to hold back the fury of my foes and the destruction they threaten. Keep my soul and keep my faith, O Lord. And through all my affliction, let me hear Your voice and experience Your comfort as never before. Amen. 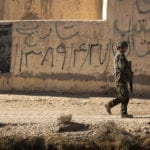 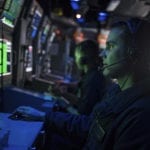 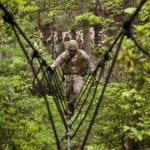