Losing My Identity - The Warrior's Journey®
Skip to content

All-Hands Listen. Photo by Army is licensed under CC By 2.0

A few years ago, when my husband and I were in the process of purchasing our first home, I received a disturbing call from our mortgage broker. He informed me that our credit report had come back with some derogatory information. It showed a string of delinquent credit card bills and other expenditures listed under my name.

The mortgage broker suspected identity theft because he noticed that on the same report we were paying our other accounts on time and in full. He advised me to get a copy of the report and contact each creditor to investigate the situation.

I obtained a copy of our credit report and began making calls. The first credit manager I spoke to responded suspiciously when I explained to him that the charges were not mine and that I did not live in Stockton, California, as the credit report indicated.

“Are you sure you don’t live in Stockton?” he asked.

“Well maybe you and your husband are separated and now you’re living in Stockton,” he said with an accusing tone.

“No,” I answered emphatically, “I am not separated, and I didn’t make those charges.” I felt my patience dwindling. Apparently, I was considered guilty until I could prove my innocence.

Before I made another call, I decided to talk to my husband about what had happened. He suggested that we both pray about the situation. “First let’s put things in God’s hands,” he said. I knew he was right. God had always taken care of us, and I knew He would do the same in this vexing situation as well.

The next day, before I started making my calls, my husband and I prayed again. With a renewed faith and a calmer spirit, I picked up the phone and made another call. My conversation with this credit manager went much better. She assured me that they would do all they could to resolve the issue as quickly as possible. The rest of my calls also went smoothly. Two months later, all three of the creditors had sent letters to the credit-reporting agencies absolving me of any responsibility for the accounts.

Things were wrapping up nicely, and we were about to move into our new home when we were surprised by another bill. We were days away from closing on our house and there was no time to go through the process again. We were faced with the choice of paying the bill or losing the funding on our mortgage. After talking it over, we decided it was best to simply pay the bill.

I learned from one of the credit managers that the woman who had stolen my identity had worked in the admissions office of the local university from which I had graduated the year before. She had also been a neighbor. That is how she knew my name and address. With that information and access to my college records, she was able to obtain my Social Security number—the critical piece of information she needed to start applying for credit in my name.

As it turned out, our thief had been on her crime spree for six straight months. But since we caught things early enough, we were able to rectify the situation before it got out of hand.

“It was a nightmare”

Ben and Sarah Fuller (their names have been changed for their protection) were not so fortunate. By the time they realized they had been victimized, they were looking at over $8,000 in fraudulent credit card charges.

The Fullers became aware of the identity theft when Ben applied for a management job at the firm he worked for. Ben, who had been a successful branch manager, was turned down for a senior management position when his credit report came back riddled with delinquent accounts.

“I lost out on a great promotion, which really hurt my career,” Ben told me. “I knew something was wrong when I was passed over in favor of someone with less experience. When my boss told me about my credit report, I was floored. I had worked hard to maintain a good credit record. This was a shock.”

“I remember doing a lot of crying,” recalls Sarah. “The collection agents were calling almost daily. It was a nightmare. Every time we thought we had gotten a handle on things, another bill would pop up out of nowhere. I thought maybe we would be held responsible for all of the debt. The only thing we could do was keep praying.”

In the Fullers’ case, the identity thief moved every few months, evading the authorities while continuing to use Ben’s identity. It took more than two years for the Fullers to finally clear their name and credit record.

Identity theft is rapidly increasing in the United States. Since the Federal Trade Commission (FTC) and Data Clearing House began collecting identity theft reports in 2000, the number of reports has increased over 420 percent. In 2003, the FTC received more than a half a million complaints, and identity-theft reports topped the list.

Many law enforcement officials believe that due to the clandestine nature of this crime, most people are at risk of becoming a victim without even knowing it. That was my situation. The perpetrator who stole my identity did it in such a way that I could not have protected myself. There are, however, some precautions you can take to minimize your chances of becoming a target.

Never give out your Social Security number (SSN) unless it’s absolutely necessary—like on a job or credit application. Many institutions request your SSN for identification purposes. But it’s often not required. Refuse to give it out and offer other kinds of identifiers instead. In addition, be equally careful about giving out your credit card and driver’s license numbers.

Before giving out any personal information, find out how it will be used and if it will be shared with others. Be especially careful about giving out your mother’s maiden name, as that information is used by banks and financial institutions to verify who you are, and it could give potential perpetrators an opening for accessing your accounts.

Order a copy of your credit report from the three major credit-reporting agencies every year. Make sure the information in them is accurate and includes only those activities you’ve authorized.

Be very careful when ordering merchandise over the Internet. Only order online from reputable companies that use secure servers.

If you have a DSL or cable connection that allows you to maintain a constant link to the Internet, consider installing a firewall on your PC. This will prevent hackers from getting into your computer and retrieving any confidential information that you may have stored there.

Go to the FTC’s identity theft website (www.consumer.gov/idtheft/) to get more information and to fill out a copy of their ID Theft Affidavit to report any unauthorized accounts that are opened in your name.

Your diligence in these matters will help diminish the amount of liability and damage you will incur should you become a victim of identity theft. If you do find that you’ve been victimized, contact your bank, credit card companies, the Social Security Administration (1-800-772-1213), and the FTC right away to report the crime and obtain further information.

Until there are better safeguards in place to keep personal information out of the hands of thieves, we all need to be on our guard. Remember, it can happen to anyone. 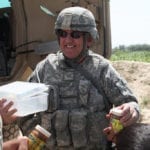 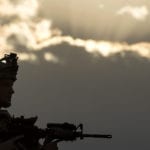 Tithing Not a Burden 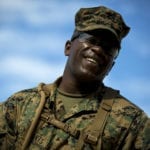