Many Views From Many Angles - The Warrior's Journey®
Skip to content

In September 2011 NASA released a series of photos.

The Lunar Reconnaissance Orbital Camera (LROC) took the photos over the span of a month. These pictures made up a mosaic of the lunar North Pole. Such composite pictures of planets and the moon are made by satellites that take high-resolution photographs over a long period and after many orbits. The sheer size of these celestial bodies makes them far too large for “one shot” to tell the whole story. Add to this the fact that the moon and the planets are three dimensional, and two dimensional photos cannot portray their multi-sided depth—unless there are many, many such photographs. For instance, in order to photograph the moon’s North Pole, which only represents 3% of its surface, LROC had to take 983 huge, high resolution photos. Therefore, tens of thousands of such photographs, from every angle, are required to grasp the entire surface of the moon.

Consider also the ALBA Telescope in the extremely high (15,000 feet) Patagonian desert. This telescope is designed to pick up very low wave lengths that are invisible to all other telescopes. Thus it can see things like very cold and dense gaseous clouds. But to capture pictures of such immense formations, this telescope must actually consist of many radio telescopes—66 in all, spread over a wide area 16 km from each other. 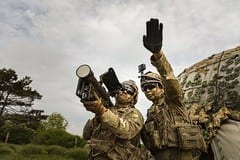 The same dynamic is true in our quest to understand reality. No single philosopher or philosophy can grasp it all. Certainly, no single individual has a monopoly on truth. It takes the views of many, from all directions in life to get closer to the real picture.

Think of how this might affect leaders. Those who only seek advisors who share their “point of view” and “see things as they do.” They will fail to see other important aspects of the mission and the battle.

Think of how this might affect a marriage. Marriages where each partner believes they alone understands the way things ought to be. If they do not learn to appreciate each other’s views and needs, their union will fail.

Think of how this might affect the philosopher. The one whose faith in himself leads him to believe that he sees things more clearly and correctly than everyone else. Yet there are so many others, from so many different walks of life and varied experiences, who feel their ideas are equally valid.

Think of how this might affect the believer. The one who thinks that he alone, or perhaps his denomination alone, has a monopoly on divine truth, despite the fact that there are so many other believers who look to the same Sacred Text for answers.

The Scripture rightly informs us that “the fear of the LORD” (admitting our own inadequacy and our dependence upon God—and those God has placed around us) is the beginning of both wisdom and knowledge (Prov. 1:7; 9:10).

Dear Father in Heaven, though my views are valid, they are incomplete and I need input and help from others to gain a full understanding. Please help me to appreciate the contributions of others and as well as those of my own. Amen.

In article photo: Portable Air Defense System by the U.S. Army licensed under CC BY 2.0 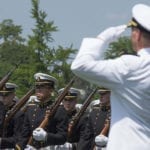