Our Fatal Flaws - The Warrior's Journey®
Skip to content 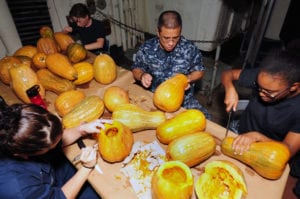 Recently a Wisconsin man and his giant pumpkin were in the news. Mike Schmit of Markeson spends a lot of his time growing giant pumpkins. At the peak of their growth, these gargantuan gourds can increase by 53 pounds per day. This requires a lot of TLC and water, 150 gallons daily. In a week Mike devotes ten hours per giant pumpkin. And this year he’s been growing three such monsters.

The largest of these weighed in at 2,520 pounds. So he loaded this beast onto a trailer and drove it to San Diego, California for the Safeway World Champion Pumpkin Weigh Off. Mike’s big beauty was well on its way to winning the $22,680 cash prize paid by Safeway ($9 per pound). And indeed, Mike’s monster proved to be the heaviest in the U.S.

However, Mike Schmit could claim neither the record nor the cash prize. Why? His pumpkin was disqualified over the tiniest of flaws. When officials examined it they discovered a half-inch crack in its surface, about the size of a fingernail. And for this single blemish, the 2,520-pound pumpkin was kicked out of the competition.

Mike was a good sport about the whole matter. He told news reporters, “It happens. There’s no crying in pumpkin growing. I know I can do it again, so we just gotta look forward to the future.”

Most of us will find this incomprehensible. We’re inclined to think, “Hey, with something so large it’s bound to have a few blemishes.”  But the judges are inflexible. They won’t allow the tiniest flaw. 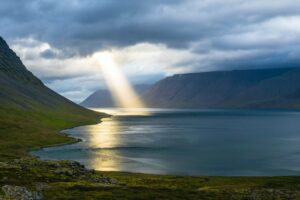 This can be a sensitive issue for human beings, for all of us are cursed with flaws and blemishes, both inward and outward. Flaws are so much a part of our existence that we resign ourselves to them, perhaps even celebrate them.

But God will apply a far sterner standard of “zero-tolerance for flaws” upon us. For Jesus said, “You must be perfect even as your heavenly Father is perfect” (Matthew 5:48). God’s standard of perfection immediately places the whole of humanity under a very dark cloud. For we are reminded that “all people have sinned and fallen short of God’s glorious standard” (Romans 3:23). We are further informed that “the wages of sin is death” (Romans 6:23). This is why, when the disciples exclaimed, “Who, then, can be saved?”  Jesus, quite matter of fact, told them, “with people it is impossible” (Mark 10:26-27).

Fortunately, for us, that’s not the end of the story. Though we’ve failed miserably to measure up to God’s inflexible standard of perfection, there is Someone who’s met the standard perfectly. It is Jesus Christ the Righteous One (1 John 2:1). 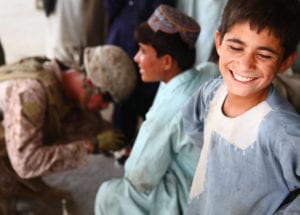 But instead of claiming any prize for the greatest and most righteous human ever, Jesus chose another option. Both His deity and His pure unblemished righteousness qualified Him for another title. He chose to become God’s perfect Lamb (John 1:29; Revelation 5:6-13).

Yes, it’s true we are still riddled with fatal flaws that would otherwise exclude us from heaven and condemn us on the Day of Judgment. But the greater truth is that Jesus has already suffered the Day of Judgment for us on the cross, has cleansed us from all our sins by His blood, and clothes us with His righteousness. Thus, whenever the Righteous Judge looks upon us, He only sees the pure righteousness of His Son. Not even God’s intense scrutiny will detect any flaw or blemish in us. He only sees the Son in whom He is well pleased.

PRAYER:  Dear Father in heaven, before Your throne of grace my only plea is that Jesus died for me, that He suffered Your judgments in my place, and that He cleansed me from all sin. That will be my only plea when I stand before Your judgment throne. In Jesus alone I put my trust. Accept me and save me through Jesus Christ, I pray. Amen. 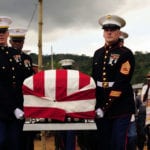 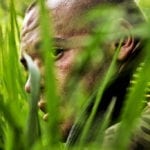