Restoration Beyond Mom’s Depression - The Warrior's Journey®
Skip to content

I was 11 years old, a military kid, living in Fairbanks, AK. My vivid impression was of my little brother Nels, 8-years-old, lying underneath the clothing dresser in the bedroom we shared, crying by himself. We had just learned that Mom was not okay. In fact, she had tried to take her life.

It was so confusing. Our Dad was an Army Chaplain. Mom was an amazing giving person, mother of 6 children, ages 6 to 18. Our world was falling apart. Now she was in the hospital. All that we knew was, “Mom is sick.” We couldn’t visit her yet. When we did, she was highly altered. No expression in her face. Psychotic episodes made her believe her sister and our cousins were visiting from Minnesota. At other times she thought she was holding a baby. I remember the visiting room at the clinic. Dad got upset and tried to bring her back to reality stating that she wasn’t holding a child.

Neighbors came alongside. Some started cooking meals for us five children while Dad tried to hold down the fort. Let me say: unless you are a pre-existing fan of Waldorf Salad, it’s weird tasting to pre-teens! My uncle, a pastor from Rock Springs, Wyoming, flew up. He would make Swedish Limpa bread. Wow, rye bread will mess with your taste buds too. Mom’s fresh-made whole wheat bread was incomparably better.

But indeed, it seemed that our life was painfully difficult. The safe foundation—that feeling of protection, and normalcy—was largely removed. There was confusion, shame, and mystery in Mom’s sickness. Her total change from the Mom who was in the Fairbanks Newspaper, The Daily News-Miner, for leading us in a weekly “Bread Night,” to someone unable to reach across a vast internal divide to connect with us gave a heart-rending whiplash. Again the pain was in my heart pictured by little blond Nelsie lying squashed up against the wall, under the dresser, in tears. 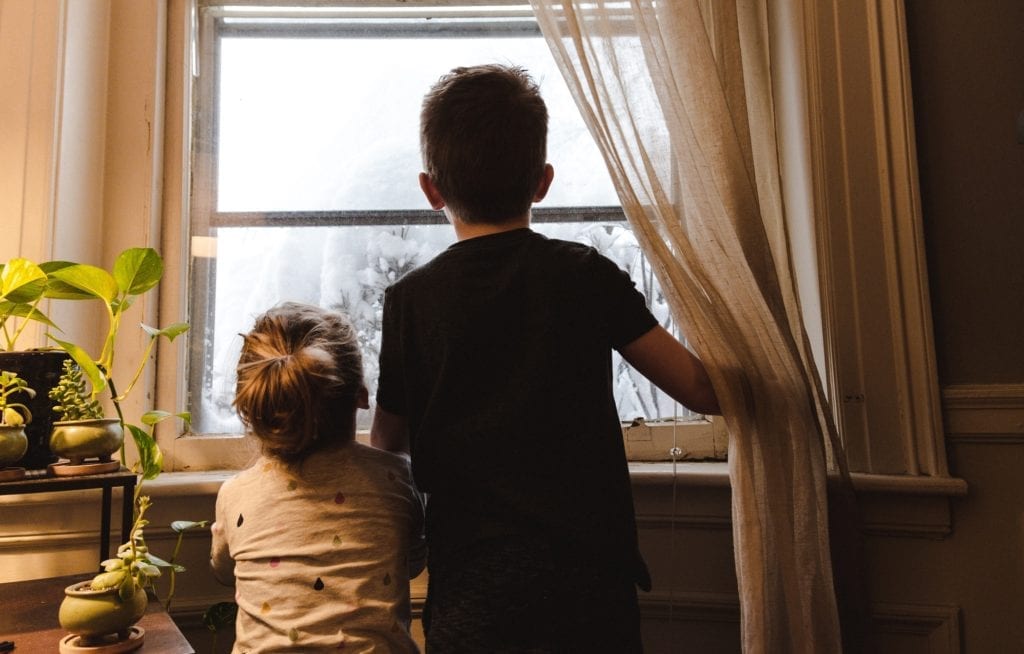 During that weekly “Bread Night,” we would eat Mom’s fresh-made bread and dip it in melted cheese. She called it “Welsh Rabbit.” So delicious. Then after reading about a people group that had never heard the good news of Jesus, we would pray for them, and each put a dollar in a jar. The savings from eating a simpler dinner was sent by Mom to non-profit ministries who served peoples like the ones we read about.

Besides experiences like this, Mom made life exciting in many other ways. She took us dog-sledding with our huge Malemute, “Tundra.” She often walked us to school. Read us Narnia at night. Would take us skiing, sledding, kept our family chores called “Saturday Work” organized. She was a force! Birthdays: Covered. Christmas: You should have tasted her “Smorgasbord” meal or seen the Advent Box we’d read notes from by candlelight near the fireplace as a family. Often we’d go out to the North Star Bureau Public Library and rent film reels and a projector, then watch movies about the North Pole, about Eskimos and “Nanook of the North.” She somehow made time for each of us, asking how our day was, helping with homework, and giving us a free day on occasion just to be together with her at home or shopping at the commissary.

The Beauty of Restoration

I want to paint a picture of the health and happiness of my childhood and also explain the jolting devastation I felt that day seeing my reserved but gallant woodsman little brother inconsolable underneath the dresser. He looked lost and scared. And I felt so helpless. No words to comfort.

I think a lot of people don’t realize the real presence of depression that can afflict anyone, but often our Nation’s military spouses who carry a huge load for their children and husband or wife. This depression can even lead to suicidal thoughts and acts among beautiful and loving people like my mother.

While listening to a recent Warriors’ Journey podcast, I felt compelled to share my story. This is why— Mom recovered! After two years of counseling—it took a while to find the right psychiatrist and right medication; and with some steps forward and back—God saw our family through. So I believe that Moms, Dads, and kids who visit the Warrior’s Journey for help need to know: You can and will make it through too. Nothing is too difficult for God.

You can and will make it through too. Nothing is too difficult for God.

Many people likely thought that the marriage would end in divorce. That Dad would have to resign his commission as a Chaplain after 11 years of service (he retired as a Colonel); or even that we children would need to be split up and looked after by relatives till Mom stabilized. But that was not so. My Dad faithfully visited mom. He continued to give her loving kisses and hugs even when she’d look at him with vacant eyes, no smile to her beautiful Norwegian lips. We kids grew closer to each other, rather than farther apart.

Mom has been off of medication since Easter 1994, that was about two and a half years after she’d tried to end her life. A life-verse God gave her as a promise came from Joel 2:25 and Psalm 91:3, “I will restore the years the Fowler (the Enemy) has taken.” She later shared with me that she strongly believed that personal disobedience to the Lord had led to her depression and brought about a sense that God’s near presence had been removed. As a child, there is no way I can know what brought about her time in darkness. But I do know how real her restoration of joy and faith was. Later she became our Youth Pastor at two military chapels and pointed me, and many teenagers, to the greatest hope and adventure in life—knowing Christ.

My parents now have 25 grandchildren. My brother is a pastor in Kansas. Every one of my siblings and their children, who are old enough to understand the good news, trust Jesus. I am a Chaplain in the US Navy in my 3rd tour. I’m married to my best friend, who is also a pastor, and we have a son, now three months old. I’ve served two deployments on a Guided Missile Cruiser and led a Chapel Community in Okinawa with Marines, Sailors, and their families. During my tour in Japan, I was struck by how many spouses were getting by relying on anti-depressants. Our family’s challenges in my youth were not ours alone—many are living through similar difficulties now.

As I write my story I want to say that Mom is my hero. No depression, no suicide attempt, could ever take away my love or pride in her. And if you seek help—through Military One Source, a Chaplain, Fleet and Family Services, a Doctor or Family Readiness Group—your spouse or children will say the same thing of you.

Not many people know this, but at age 21, I permanently etched our nickname for Mom on my left arm inside a Christian Fish…the tattooed letters read “Mor Mor.” That’s a Norwegian name for Grandmother that we affectionately call her. 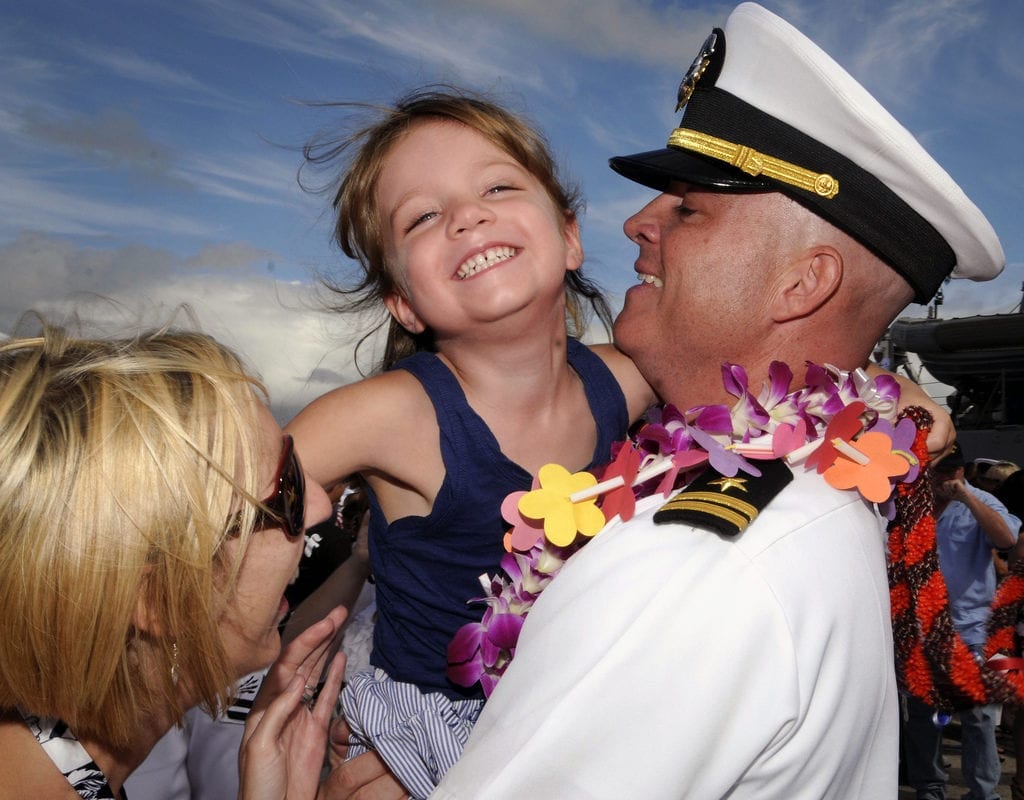 Her depression taught me many things. I too am susceptible to great fear. I have struggled with anxiety, concerned that I would, out of nowhere, be side-lined, disqualified, or unable to live a life of service, normalcy, or joy because of depression. But God has helped me to understand myself and used my Mom’s experience to protect me. My times of darkness have been a “Jacob experience”. In the Bible, he wrestled with God and received a body-altering pain to his hip. I too feel I walk with a catch, sometimes a little uneven.

In my own times of darkness I have wanted to feel God’s presence and vital strength but instead at times felt alone. But this is a limp that I wouldn’t trade. Because among the warriors whom I meet, and their awesome families, I can identify with this nameless fear, the dark valley of depression. And with confidence, after listening to their story, I am able to introduce them to life-giving resources. I often pray for them and stepping into their pain somewhat, I have shared that through Jesus, they can be made whole. Though we feel weak, He is strong. Scripture says. “My grace is sufficient for you, for My power is made perfect in weakness.” 1 Corinthians 12:9

God is mighty to heal and restore families who are struck by depression. Such families can become even more than they were before—in relationships with each other, with God, and in expanded influence in this world.

It would be simplistic for me to say that the process is easy or a quick “four steps.” For us, it was a miracle. But one that I know God can do for you. He restored the years that the Enemy took and keeps on multiplying life, where there was before only the specter of death. He’s full of mercy. So present, tender and strong. I pray He lifts you today. And lifts your eyes to His gaze of love.

“Nothing is too difficult for You, Oh God. Touch my friends who read this story of restoration beyond depression. Break the power of the Enemy, the gripping fear that they will not make it through. Surround them with the help that they need. Pour out life upon them in ever-increasing measure. In the name of Jesus who conquered death and sin, Amen.”

**If you or someone you know is thinking about Suicide, please talk about it. T.A.L.K. is also an acronym for Tell, Ask, Listen, and Keep Safe. Tell someone you are having these thoughts. If you are helping someone through this, listen with care and ask them directly if the issue of suicide is present, if there is any question whether or not there is, go to a safe place. This would be going with them to the Emergency Room; if it’s more urgent or you feel in danger call 911. Chaplains and Doctors and Hospital Corpsmen are trained to recognize suicide and get a person to safety. The National Suicide Prevention Line is: 1-800-273-8255; Service Members and their families may also call the Marine’s DSTRESS line, 1-877-476-7734, to speak anonymously with a live person; or Military One Source, 800-342-9647 for confidential support. 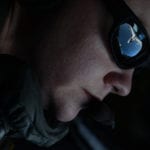 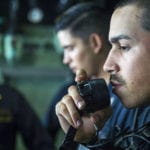 God Will Guide You 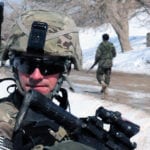 OP22: Taking a Stand Against Suicide

Learn more about the epidemic of military suicides and what you can do about it.