A few years ago (January 22, 2014) the Lone Star Collision repair shop in Colleyville, Texas received some eye-catching, though unintentional, advertising for its business.  After being notified by police, shop manager, Jennifer Lapier, arrived to find a white GMC Yukon SUV crashed into the side of her building – just below the store sign.  The intoxicated driver (who survived the crash) had struck another vehicle, causing his own to roll on its roof and skid right through the wall of the Lone Star Collision building. 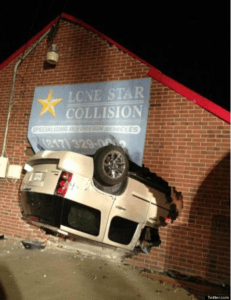 Since the car only penetrated into an empty store room, there was no damage to any vital equipment, nor were any occupants injured since the accident occurred after closing hours.

Though the event was unfortunate, observers noted that the overturned car sticking out of the building looked like “part of the sign.”  It riveted all eyes onto the Lone Star Collision sign just above it.  Busy motorists who never gave Lone Star a glance before, certainly gave it a long gaze afterward.  The accident drew lots of welcomed notoriety and business to the repair shop.

Maybe I’m a little crazy, but I can’t help comparing this event to the many instances in which tragedy precipitates second and third order effects that are both beneficial and unexpected.  When 5-year-old Adam Walsh was abducted and murdered in 1981.  The grief and fury it evoked in his father turned him into a relentless crusader for justice and the protection of children.  The Adam Walsh Child Protection and Safety Act, Approved by Congress on July 25, 2006 and signed into law by President Bush a few days later, plus the return of hundreds of abducted children and the capture of thousands of criminals – have all resulted from this father’s grief.  The accidental blindness of 6-week-old Fanny Crosby by a doctor’s malpractice eventually drove this woman to faith in God and turned her into America’s greatest hymn-writer, with the lyrics of over 8,000 songs to her credit.  The horrific scaring of a sailor, Dave Roever – losing 40% of his body-weight to an exploding incendiary grenade – not only deepened his walk with God, but turned him into an effective witness for the gospel to both thousands of wounded warriors but also to hundreds of thousands of high school-aged youth.  In a similar way the diving accident of 16-year-old Joni Earickson didn’t only turn her into a quadriplegic.  The agony and disappointment of that tragedy became a fantastic growth medium for her spirit and faith.  In fact, God used her experience to open the embittered hearts of thousands of others who were equally broken in body and spirit.

If tragedy has struck your life, do not despair.  God is supremely skilled in using tragedy, disappointment, and heart-break to transform us into champions for His great cause of truth, justice, and love.  The initial effect may be painful, but the second and third order effects will bring about so much good that we will inevitably confess, “God has worked all things together for good in my life and in the lives of others” (Romans 8:28; Deuteronomy 5:23).

PRAYER:  Dear Father in heaven, into Your loving and capable hands I place my grieving heart and shattered life.  Though I cannot make any sense of my tragedy, I pray that You will bring healing and peace to my soul.  Please, dear God, do Your wonderful work of turning curses into blessings, hurts into halos, and scars into stars.  Amen. 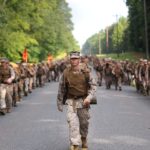 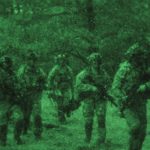 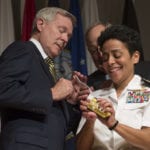