Talk With Someone About It - The Warrior's Journey®
Skip to content

Trapped. Hopeless. Many who struggle with thoughts of suicide feel the same oppressive emotions. You don’t have to be desperate to have thoughts of self-harm, most people are simply tired of fighting. Destructive thoughts lead to destructive behaviors. Keeping suicidal thoughts to oneself often means the difference between life or death.

It might surprise you to know that there are warriors in the Bible who also struggled with thoughts of suicide. One such warrior was Ahithophel:

“Now when Ahithophel saw that his advice was not followed, he saddled a donkey, and arose and went home to his house, to his city. Then he put his household in order, and hanged himself, and died; and he was buried in his father’s tomb” (2 Samuel 17:23, NKJV).

When Ahithophel’s advice was rejected because of God’s divine intervention, he felt humiliated and went home, put his affairs in order, and killed himself. What might have happened if he had discussed his situation with a trusted friend? If he had only waited, David might have forgiven him, like he did Shimei, who had cursed him, and Mephibosheth, who didn’t support him (See 2 Samuel 19:16-30). But, unfortunately, a great counselor was lost because he refused to seek counsel for himself.

Listen, friend. Your life is valuable. To God you are priceless. He’s waiting for you with open arms, ready and willing to give you the forgiveness and peace that you seek. Please don’t give up. Seek help now. 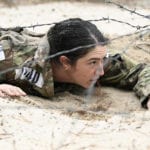 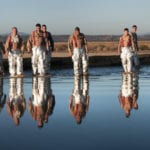 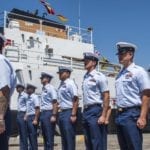 God Will Be With You