In the summer of 2020, 7,500 fires were raging in California.  Many people died in these fires and their flames destroyed more than 3,300 structures and 2.2 million acres.

One family affected by these fires is that of Chad Little.  This Vacaville man sent his family to safety when their house lay in the path of a fire.  But Chad refused to budge.  A fire had destroyed his house in 2015 and he was nearly finished building its replacement.  So Chad was determined, not to allow his new house to suffer the same fate. 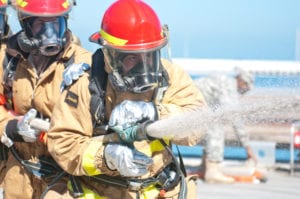 But, along with the raging fire, there was another serious problem.  The city had cut off water to his neighborhood.  This was a water-saving measure by officials who considered Chad’s neighborhood as hopeless.

Now, the only thing Chad could do was use shovel and rake to create a fire break between his residence and the approaching flames?  But this was not enough.  The fire reached his carport and destroyed it – along with some of his old cars.  Next in line was his workshop.

In desperation, Chad did the only he could think of.  He didn’t have any water, but he did have many cases of beer.  So he opened the cases, shook each can, punctured it with a nail, and sprayed the contents on the flames.  It worked.  The cans of beer made effective little fire extinguishers, and saved his workshop and home.

You know, in the final analysis, it mattered little just how Chad stopped this fire from burning his home to the ground.  Critics might say he should have left firefighting up to the professionals.  Or, at least he should have used real fire extinguishers and a hose.  But none of those things were available.  Chad could only use what he had to get the job done – and he was successful.

Now, if a camera crew was recording him shaking cans of beer and spraying it on the fire, he’d have felt like a total fool.  “This is stupid.  I’m not equipped to do this.  Who am I kidding?”  But he cared about his home and would do anything to save it.

In a way Chad represents many people in our world who feel inadequate for the jobs and challenges life gives them.  Yet, their heart is burdened with care for their situation, organization, family, or nation.  So what do they do?  They use what they have to do what they can.  True, they labor with a feeling that they are not the right person for the job.  They feel that almost anyone else could do it better.  Yet no one else rises to the occasion, so they do the job.

Yet I know that such people will eventually find out – in this life or in the next – that God tailor-made them for the job.  Despite their lack of training and their deficiencies, God considered them the best person to accomplish the mission. 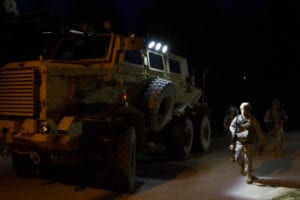 Moses was one of these people.  When God called him to deliver Israel, Moses gave excuse after excuse why he was unfit for the task.  “Who am I that I should go to Pharaoh and bring the sons of Israel out of Egypt?” (Exodus 3:11) “What if they will not believe me, or listen to what I say”? (4:1) “Lord, I have never been eloquent, neither recently nor in the past.  …I am slow of speech and slow of tongue” (4:10).  “Lord, please send somebody else” (4:13).  Surprisingly, one excuse Moses didn’t use was his age.  He was 80 years old.

And throughout the 40-year journey from Egypt to the Promised Land, Moses was surrounded by others who seemed better qualified.  Aaron, was a better communicator (Exodus 4:14-16).  Miriam, was far bolder than her “little brother” – perhaps too bold for her own good (Numbers 12:1-3).  Jethro had amazing organizational gifts that Moses lacked (Exodus 18:13-27).  In fact, Moses was devoid of all these attributes.  Many times he must have wondered, “God, why didn’t You ask one of these more-qualified people to do the job?  Why did you pick the weakest person in the world?”

With the benefit of Scriptural hindsight we can see that God always chooses the weak, the foolish, and the ignoble.  God does so in order that we will trust Him rather than in ourselves – and boast only in His power (1 Corinthians 1:26-31).

Besides, the fact that God has chosen us to do the job settles the matter, regardless of our inadequacy.  Yes, Moses left much to be desired as a leader.  But he had the concern for Israel that no one else had.  He had the commitment to God that no one shared.  And Moses had God’s call to accomplish the mission.  And that’s all that mattered.

There are those times when we feel like Chad Little.  We’d be embarrassed if anyone saw us in our weaker moments.  But just as God used Moses to get the job done, so he’ll use us to accomplish His work.  So be faithful in your labors for good and for God (1 Corinthians 15:58).  He has chosen you and personally placed you in your circumstances for such a time as this.  And He will make you successful in His work.

PRAYER:  Dear Father in heaven, I give myself to You – to do whatever You choose for me.  Though I feel competent and capable to do little, I will trust in Your power and grace to fill up my deficiencies.  Lead me on, O God, and make me equal to whatever challenge You place before me.  Transform me from weakness to strength as I faithfully serve You.   I ask this through Jesus Christ, Your Son. Amen. 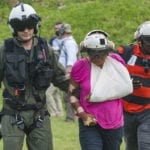 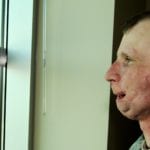 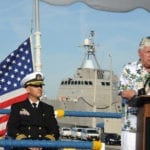