HOW TO RISE ABOVE IT ALL

Most would assess this bird to be the least likely to succeed at life. Among birds it is considered a poor flyer, for it cannot flap its wings for more than a minute and during takeoff it barely gets off the ground. Another strike against this bird is that it takes so long to reach sexual maturity (up to ten years) and when it does breed, it has fewer young than other birds and expends more effort and energy on fewer offspring. And even after reaching sexual maturity, its mating ritual dance takes so much time that observers often wonder if the pair will ever “get down to business.” 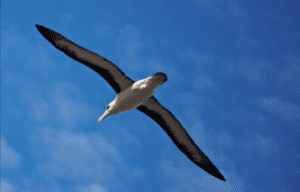 Yet for all its deficiencies, this bird is the unquestionable “King of the Air.” It is the Albatross – which has the longest wingspan of any bird – up to twelve feet across. It also has the longest flights of any bird. One Wandering Albatross was tracked for an incredible 87,000 miles – spending almost all its time in the air and descending to the rolling seas only to feed. This is the equivalent of circling the earth more than three times without ever touching land.

But how can this bird, that has such a tough time flapping its wings and getting airborne, manage to stay aloft so long and travel so far? Basically, once the gangly albatross takes flight, it spreads its long wings and catches the endless air currents of the southern hemisphere. If its wings are extended, the powerful updrafts can keep this bird aloft indefinitely.

The long wings of the albatross are analogous to the faith of the believer. The albatross cannot generate its own wind, so it stretches its wings to catch the winds of heaven. It reaches out to a force far greater than itself that lifts it above the clouds and above turbulent waters of the ocean. In a similar way, when our faith reaches out to the God whose presence surrounds us and whose Spirit uplifts us, we can do what is humanly impossible. By reaching out to God in faith, we can rise above our limitations and the anxieties and temptations of the world. “They that wait upon the LORD shall renew their strength,” says the Scripture.  “They shall mount up with wings as eagles, they shall run and not be weary, they shall walk and not faint.” (Isaiah 40:31)

Dear Lord, you once said, “Without Me you can do nothing” (John 15:5). Lord I acknowledge my weakness and trust in Your strength. May Your Spirit lift me above my weaknesses and flaws and turn my weakness into strength. Amen.

[i] Information from Uncle John’s Extraordinary Book of Facts, The Bathroom Reader’s Press, San Diego, 2006, p. 198.
The content of this article comes from “The Warrior’s Bible” (2014) and is copyrighted by Life Publishers International. Used with permission. 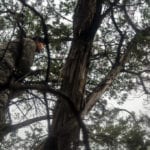 TOMATOES, OLIVES, AND THE GIANT REDWOOD 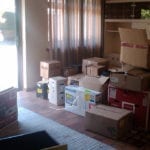 Making Your House a Home