Humanity's Habitat is at Stake - The Warrior's Journey®
Skip to content 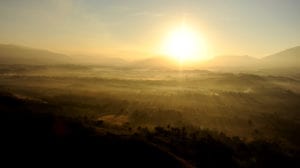 Back in 1981, Pablo Escobar, the late drug lord of Colombia, purchased four hippopotamuses for his private zoo. After his death his zoo animals were transferred to public zoos, but the hippos proved too testy to manage. Authorities turned them loose into the wild to have free reign in Colombia’s rivers.

Today those original four hippos have multiplied to over 100. Their introduction into the environment, where they have no natural enemies, has sparked a fiery controversy over their impact upon the native flora and fauna. Most environmentalists claim that the hippos will have a negative impact on their habitat. They claim the large amounts of feces generated by the hippos will lead to large algae blooms which starve native fish of oxygen.

As I read articles on this subject, something occurred to me. It seems ironic that the same voices that so forcefully argue for the protection of natural habitats of plants and animals are hell-bent on destroying humanity’s habitat – civilization. They wish to destroy all the intricate components of American society. This includes our Constitution and its Amendments (which guarantee our rights), our laws, our government (which is charged to protect us), our businesses, and our financial institutions. All the things which make life safe and prosperous are targeted by the Left.

Perhaps, aside from abortion, this is the greatest manifestation of the Left’s contempt for humanity. The Left showers such love and protection over the environment, yet it wants to destroy the human environment that we ourselves have established for our own survival.  Civilization is humanity’s natural environment and we must fight to preserve it.

The Left’s preoccupation with caring for animals while punishing humans should serve as a warning to any ethnic group which presently enjoys its favor. Keep in mind that the Left is only treating them the same way it treats animals. The Left certainly considers such ethnic groups as cattle to be corralled and stampeded against its political enemies. But once the Left has taken over, it will discard such favored groups as it has done with the rest of humanity. 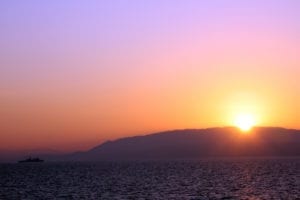 The Left’s only concern and goal is the acquisition of power – by any means possible. This is why, in an election year, winning is everything to the Left. Truth, decency, and the rule of law are trampled in the Left’s quest for power.

Just look at history. Did the Bolshevik’s win the hearts and minds of the Russian people in 1917?  No. They merely hijacked a spontaneous revolt against the Tsarist regime and then fought ferociously to impose their will on the whole of Russia. In the process they starved, purged, and slaughtered at least 28 million of their own citizens.

Nor did Mao Zedong gain power by persuading the Chinese people that they could bring a better world. No, they acquired power by a long, bloody war that killed millions of civilians. Then, with its “Giant Leap Forward” and Cultural Revolution it killed at least another 40 million of its own people.

The Nazis gained power much the same way. They muscled their way into it and don’t feel sorry for the German Communist party against whom the “brown shirts” fought so fiercely. The German Communists were every bit as violent as the Nazi storm troopers. They just weren’t as smart.

None of these violent regimes had any regard for the people they ruled. All that mattered to them was acquiring and keeping political power.  The Left in America shows every sign of following the same path.

And the current efforts of ANTIFA, Black Lives Matter, and our political Left are all about gaining political power at the expense of human lives. Why else are they rioting and burning cities – or endorsing those who do? Why else are they suppressing the economy and punishing businesses for opening their doors – along with churches? Why else are they fueling class warfare and racial tensions? They’re simply waging war on the human environment in an effort to gain political power. The Green New Deal is just one more weapon in the same war on humanity. 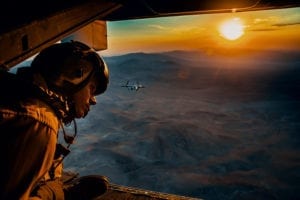 And who could be behind it all? Who is insanely jealous of humanity because God showers His love upon them? Who is it whose only way to hurt God is to attack the object of His love? Who is it that, according to Jesus, only comes to steal, kill, and destroy (John 10:10)? Jesus also called him the father of lies and a murderer (John 8:44). The devil himself, with the help of his hellish hoard of demons, is driving the conflict among us.

PRAYER: Almighty and merciful Father, we approach Your throne of grace through the blood and merit of Your holy Son, Jesus Christ. We pray, dear Father that You will pour out Your Holy Spirit upon the people of America. Only You have the power to soften hardened hearts, open blind eyes, and open deaf hears. Please do this for those enslaved by the devil. Open our eyes and show us the error of our ways and the corruption of our own hearts. Reveal Jesus to us and make us flee into His loving embrace that we might be saved. Please, dear Father, remove from our hearts the hatred, racism, and bigotry and replace them with Your love. By Your almighty Spirit turn our hearts to You in faith and repentance and to each other in love and reconciliation. As You promised, Lord Jesus, bind the devil, strip him of his power, and plunder his house. Destroy the works of the devil and suppress all his activity. Set his captives free and transfer them from the domain of darkness into Your own Kingdom. Grant, O God, that Your Holy Spirit will be the prevailing force in America, bending our hearts to You and turning us to righteousness, we pray. Grant that Your Kingdom will come and that Your will shall be done in America and throughout the world. Through Jesus Christ our Lord. Amen. 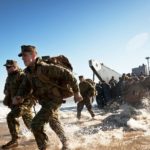 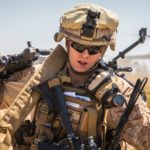 THE DIFFERENCE BETWEEN MILK AND SOLID FOOD 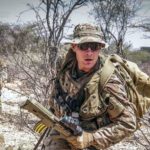