Mud Bath. Photo by The U.S. Marines is licensed under CC By 2.0

For those who don’t recall, the Trinity Site is the location where the first atomic bomb, nicknamed “the Gadget,” was detonated on July 16, 1945.

The Trinity Site is located at the northern end of White Sands Missile Range. This site is open to the public only twice each year. The writing staff of the missile range Museum prepared this booklet as a “read-ahead” for people who wish to visit the Trinity Site. It presents a brief history of the Manhattan Project. This was the secret project which produced “the Gadget,” and the first deliverable atomic bombs: the “Little Boy” Uranium bomb and the “Fat Man” Plutonium bomb which were used against the Japanese cities of Hiroshima and Nagasaki. The pamphlet presented the history of the Trinity Site itself. 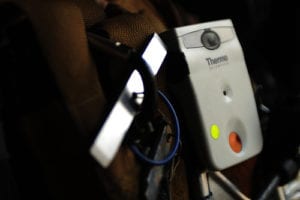 The booklet was essentially saying, “Hey, don’t condemn the Trinity Site as evil, as if it’s the only source of radiation poison. It’s no worse than many other places. Why don’t you blame the medical profession or blame simple background radiation or solar radiation? Living in a brick or adobe house will give you 14 times as much radiation in a year as you’d receive from a simple visit to the Trinity Site! Why don’t you vilify brick homes for the harm they do?”

When reading this, it sounded strangely reminiscent of the way we often justify ourselves by comparing ourselves with others.

Is this the standard that God will use to measure our righteousness or worthiness to enter heaven? As long as we can find someone worse than ourselves, do we think we’ll be alright?

No, the standard that God uses to measure us is His own perfection: “You must be perfect,” Jesus said, “as Your Father in heaven is perfect” (Matt. 5:48). And He condemns those who are confident in their own righteousness and who view others with contempt (Luke 18:9–14). But He justifies (forgives and makes righteous) those who, like the penitent sinner, humble themselves, admit their own sinfulness, and cry to God, “God, be merciful to me, a sinner” (Luke 18:13).

Dear Father in heaven, I make no defense of my sinful deeds and outright abandonment of Your laws. Here and now I confess that I am the sinner. It’s not my brother or my sister, but it’s me, O Lord, standing in the need of Your forgiveness. Please forgive me, cleanse me, save me—for Jesus Christ’s sake, I pray. Amen. 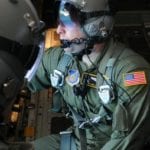 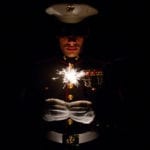 What is the Use in Resisting? 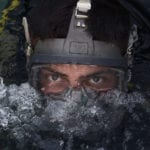