Sailors assist a stranded dhow.. Photo by Official U.S. Navy Page is licensed under CC By 2.0

A few days before Christmas, 2018, a miracle took place. 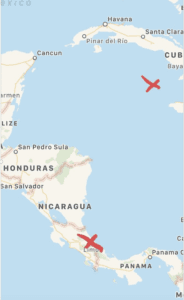 After being stranded in a small boat in the middle of the Caribbean Sea for three weeks, two Costa Rican fishermen were rescued. But it was not a Coast Guard boat that came to their aid. For three weeks these poor souls saw neither Coast Guard vessel nor any other boat for that matter. They had drifted far from any shipping lanes. By the end of three weeks, they had given up all hope of being rescued and were now more dead than alive. They had prayed repeatedly for deliverance but concluded that they were too small to be noticed by the Almighty. They assumed God was too busy running the universe.

Little did they know that, two weeks earlier, God was already orchestrating their rescue. The Royal Caribbean ocean liner, Empress of the Seas, was beginning its journey. Its last port of call was to be Cienfuegos, Cuba. But God sent a storm to divert the Empress far to the south, to Ocho Rios, Jamaica.

As the luxury liner steamed south in the early morning hours of December 22, its searchlight spotted something directly in the ship’s path. It was the tiny boat with two men in it.

Immediately, the ship’s captain ordered the lifeboat lowered to pick up the two men. One of them was too weak to walk and had to be carried on board. After being examined by the ship’s physician, the two men were fed and clothed. In addition, the ship’s crew took up a collection of $300 to help them purchase any items they needed. The two fishermen could hardly believe their senses. A few hours before they were dying of thirst, hunger, and exposure. Suddenly, they were in the lap of luxury and the loving care of the ship’s crew. What a rescue God had arranged on their behalf!

Don’t we feel like those poor fishermen at times? A captive to painful circumstances, powerless to change things, and finding no answer to our prayers. We conclude that we are just too small and insignificant for the Almighty to notice us. We assume that He’s just too busy running the universe to be aware of us and our problems.

But Jesus assured us that none of us escapes God’s notice. He said, “even the hairs of your head are all numbered” (Matthew 10:30). If Jesus walked the earth today, He would have said, “All 37.5 trillion of the cells of your body are cared for by God. Every molecule, every atom is 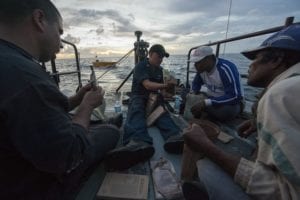 numbered.” In the Psalms, King David confessed that God was intimately acquainted with every detail of his life. God knew his thoughts before one of them was spoken and already had his life mapped out before he was even conceived (Psalm 139:1–18).

Yes, the odds against being spotted by the Empress of the Seas in the middle of the night were astronomical. The odds against surviving three weeks under the hot Caribbean sun were out of this world. But the reality of God hearing and answering our prayers is inescapable.

True, God has the entire universe to run. But His mind is so infinite that He can focus attention on sustaining every subatomic particle, yet have an infinite amount of love to lavish upon us. And while we even begin to pray, God is already preparing the answer.

“It will also come to pass that before they call, I will answer; and while they are still speaking, I will hear” (Isaiah 65:24). Indeed, Daniel prayed and fasted for many days before God’s answer came. Yet God had already sent the answer on the very first day he began praying (Daniel 9:1–23). Therefore, never give up hope. Keep praying and thanking God. The answer is on its way.

Dear Father in heaven, please strengthen and sustain my faith—even in the most difficult times. Help me to never lose hope but to keep believing in Your goodness, love, and faithfulness. Remind me, O God, that “before I call, You will answer.” Remind me that, although my prayers seem to never get off the ground, You have already sent the answer and it will come at just the right time. Amen. 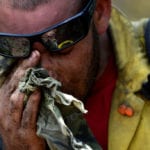 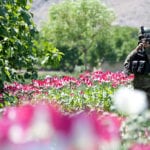 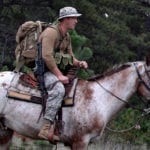