The Buck Stops Here - The Warrior's Journey®
Skip to content

Fast, Lethal and Combat Ready!. Photo by The U.S. Army is licensed under CC By 2.0

“Do nothing out of selfish ambition or vain conceit, but in humility consider others better than yourselves.” (Philippians 2:3) 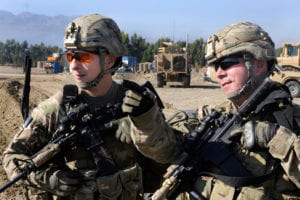 Realistic training for combat can have many moving parts and tends to get complicated fast. This is especially true when using live ammunition. Leaders know they must fashion good plans, issue clear orders, and delegate authority in order for missions to succeed. Ultimately, however, responsibility falls on the shoulders of the senior leader.

Mixed in with this is the issue of safety. Training needs to tax the troops to the limit, but there is a line that shouldn’t be crossed in order to avoid unnecessary casualties. Risk assessment is not easy.

In spite of all precautions, stuff happens. Things go wrong and people get hurt or killed. Times like this reveal a lot about the leaders.

Competent and caring leaders step in and take charge. They want to take all the necessary steps to rectify the situation and take care of troops.

Self-serving leaders tend to go into a defensive mode in order to protect themselves. Blaming others is a frequent tactic. They want to protect their careers at all costs.

In the early 1970s I belonged to a unit that deployed to a Caribbean island for an important training exercise. I was placed in charge of the rear deployment while the unit deployed for approximately two weeks. 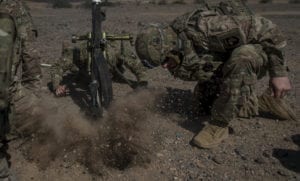 Things seemed to be running smoothly. Daily I would receive reports about the training. Late one evening, however, I received a disturbing report that a serious training accident had occurred in which several soldiers had been killed or wounded.

During a live-fire exercise in which mortar rounds were being fired, a number of rounds hit in the vicinity of soldiers as they moved on foot to the objective. Evidently, a mistake resulted in rounds being shot onto the wrong location. It was a tragic incident in which “friendly fire” proved fatal.

The unit took all the necessary steps to evacuate the wounded quickly and get them to proper medical care. Unfortunately, several soldiers didn’t make it.

Back at Fort Bragg we initiated action to notify family members of soldiers killed or wounded. We took extra precautions to disseminate information quickly, but accurately. Bad information in cases like this only compounds the problems.

The division headquarters sent safety experts to join the unit to conduct a thorough investigation of the circumstances surrounding the training accident. They interviewed dozens of people, gathered hundreds of pages of depositions, and took all measures necessary toward determining the causes of the deadly incident. The unit returned, but the investigation continued for weeks after the troops had arrived back at home station. 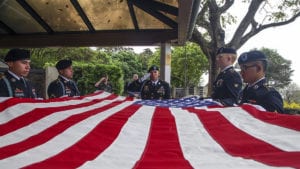 From the first day that the unit returned, I heard a lot of talk about the accident from leaders and soldiers at all levels. Understandably, there was much speculation as to where the mistakes had actually occurred. No one person had all of the information, and everyone anxiously awaited the report from the investigation. The report would likely find the causes for the accident and affix responsibility for the mishap. Most likely, those assigned the blame would face serious consequences.

Human nature kicked in quickly as the speculation continued. I heard some leaders talking in ways to protect themselves and their careers. They rehearsed repeatedly the measures they had taken to ensure that the exercise had gone safely. I didn’t hear anyone even hint that they might have contributed to the accident. 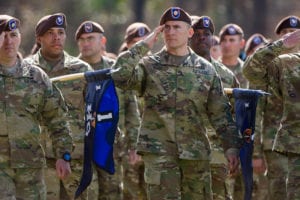 After several more weeks, word traveled throughout the unit that the report was final and rested in the hands of the division Commander for final review. But then an interesting thing happened. Before top leaders released any specifics from the investigation, our battalion commander stepped forward publicly and accepted responsibility for the incident. He stated that since he was the senior leader on the ground, he rightfully was responsible for everything that happened or failed to happen. In effect, he said, “The buck stops here.”

The hammer didn’t take long to fall. Our battalion commander was relieved for the incident and moved to another duty assignment. To my knowledge, no other officer or non-commissioned officer received punishment for the accident. The senior leader took the entire brunt of the punishment on his shoulders. It seemed unfair. Yes, he deserved a measure of punishment, but not all of it!

I remember my amazement that this man would step up and take the entire blame without trying to fault others. Unlike some less senior leaders in the unit, he demonstrated courage and accountability for his actions. Perhaps most inspiring of all, he showed more concern for others than for himself. In spite of the negative impact on his own life and career, He chose to sacrifice himself that others would not have to pay.

Decades have passed and I still think about this leader often. He has my utmost respect and admiration. I can also tell you this about him. I would serve under him again — any time, any place. He’s a leader I can follow.

Does this sound like any other leader you know? Almost 2,000 years ago, Jesus Christ descended from heaven in the form of a man. He surrendered his divinity to become like us. He came and showed us how to live.

To put it more directly, Jesus died for your sins and for mine. And He has asked us to follow Him. Will you?

Calling All Daniels: Stand Firm in the Faith 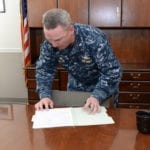 Go Ahead and Praise