The Plow or the Altar - The Warrior's Journey®
Skip to content

A Mark 38 Mod 2 25 mm machine gun is fired during a live-fire exercise.. Photo by Navy is licensed under CC By 2.0

Can an ancient Roman coin teach us about sacrifice?

The late New Testament scholar William Barclay described an ancient Roman coin that pictured an ox standing beneath an altar and a plow. The altar symbolizes a sacrificial death. The plow symbolizes a life of service. Along with these images is the caption, “Ready for Either.”

The meaning, Barclay explains, is that the ox’s purpose in life is for service and sacrifice—which may be expressed by either a lifetime of pulling a plow or by one consummate sacrificial death. The image has an application for us as well. Devotion to God finds expression not only through martyrdom in one spectacular sacrifice but also through a lifetime of service—a lifetime of many small sacrifices. And the true believer must prepare in his or her heart for either.

A great illustration of this concept comes from the Gospels, in which the disciples James and John – two ambitious brothers – ask Jesus for the positions of greatest authority and honor in the Kingdom of God. Jesus, knowing that His own arrest, crucifixion, and death were imminent, asks them a haunting question:

Without hesitation – or understanding of their request or of Jesus’ question – they answered,

Jesus’ response is interesting. He replies, “You will indeed drink the cup that I drink, and with the baptism, I am baptized with you will be baptized,” (Mark 10:35–45). Why are Jesus’ words to James and John so interesting?

Here’s why. The lives of James and John took dramatically different courses. James became the first of the apostles to die a martyr’s death, not long after Jesus’ own crucifixion. John, however, was the last surviving member of the twelve apostles. He lived to be nearly 100 years, finally dying of natural causes.

One met a violent end early in his life. The other died of old age. One served God through one spectacular sacrifice and the other served God through a long life of many sacrifices. Yet, according to Jesus, they both drank the Lord’s cup and both partook of His baptism. God is served equally through the long life of faithful service as He is by the great, one-time, sacrifices of the martyr.

This concept applies to the sacrificial service of servicemembers as well. We honor those who have made the ultimate sacrifice in the service of their country. They are worthy of our praise and admiration. But we should not undervalue the long life of service in the military which includes multiple deployments, multiple upheavals, and many long and stressful hours. One’s service is characterized by one great heroic act. Another’s service is through many smaller, though painful, sacrifices. Both are honorable. Both are equally valid.

So be encouraged. Hold your head up high and serve your God and country with renewed vigor. For you are among the great.

Dear Father in heaven, prepare my heart for whatever and wherever Your will shall lead me. Grant me the endurance for the many small sacrifices of life and courage for the great ones. Amen. 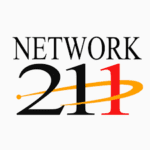 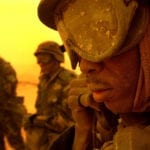 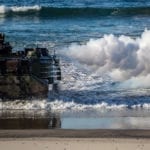 Burdens That Are Blessings