WHERE DO WE BELONG? - The Warrior's Journey®
Skip to content

WHERE DO WE BELONG?

Razor wire perimeter. Photo by The U.S. Army is licensed under CC By 2.0

A scene from the 1994 motion picture, The Shawshank Redemption, reveals one of the more disturbing realities of prison life.

In the scene, protagonist Andy Dufresne and ten other newly convicted men arrive at the Shawshank Prison in Maine. As the newbies walk with their escorts through the prison yard to their bleak new home, the hardened prisoners jeer at them. Some even make bets to see which of “fresh meat” will be the first to crack. Later, that evening one of the new cons breaks down crying, setting off the rest of the inmates into wild cheers. “I don’t belong here. I want to go home. I don’t belong here,” the new guy keeps sobbing. The viewer must wonder about the nature of his crimes. But it’s obvious they were of a “white collar” or non-violent nature. And he, like a sheep, has been thrown into the same jail as with a pack of hungry wolves.

In conclusion, the cringing new inmate really didn’t belong there. Sensitive and soft to the core, his most significant punishment will not be the years of confinement. Therefore, the worst of his punishment is that he’ll stay trapped in the same space with the cruelest and most remorseless creatures on the planet.

I thought about this scene the other day while reading a biblical passage in Isaiah 24:21–22. The section of Isaiah, from chapters 24–27, is what Bible scholars refer to as “Isaiah’s Apocalypse.” These chapters speak of God’s final judgment of the wicked on earth—and also upon those evil forces in the heavens. Isaiah prophesies,

“On that day the Lord will punish the host of heaven, in heaven, and the kings of the earth, on the earth. They will be gathered together as prisoners in a pit; they will be shut up in a prison, and after many days they will be punished.”

Who are these “hosts of heaven”? Most likely they are those fallen angels who followed Satan in his rebellion and who now harass humanity and wage war upon believers (Ephesians 2:2; 6:12; Revelation 12:7–12).

What a terrifying thought! Human beings, those created in God’s image, lumped together in prison with a bunch of demonic forces—and Satan himself. Indeed, it’s a disturbing vision, to say the least.

A Good & a Bad Place 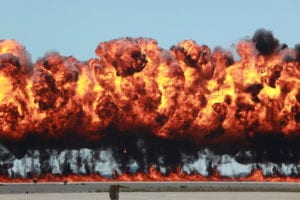 But this terrifying concept finds repetition in the New Testament when Jesus describes His judgment upon the wicked of the earth. In Matthew 25:41, His sentence is, “Depart from Me, you accursed ones, into the eternal fire prepared for the devil and his angels.” Jesus is actually explaining that hell, the eternal fire, is not meant for any members of humanity. It is a place prepared exclusively for the devil and his angels. However, that will be the place where the wicked spend eternity.

On the other hand, the only other “prepared place” is exclusively for the righteous. It is “the heavenly kingdom prepared for the righteous before the foundation of the world” (Matthew 25:34). Here Jesus is referring to heaven. It’s clear, however, that wicked and unbelieving people are unfit for heaven. They’ve made themselves so by rejecting God at every turn.

Subsequently, it’s also true that they do not belong in hell with the devil and his angels. They’ll be out of place there, too. Yet eternal fire will be their prison. And certainly, no matter the extent to which sin hardens someone’s heart, the unrepentant sinner is no contest for the devil and his angels. As a result, the sinner’s fate will be like that of the poor inmate. Someone thrown in among the wolves, who cried, “I don’t belong here. I don’t belong here.”

A Matter of Life or Death

Therefore, the seriousness of sin and its eternal consequences is such a huge matter to God that He did something unthinkable to resolve it. As a result, God, the Righteous Judge, sent His own Son to carry upon Himself the sin of all humanity (John 1:29; 3:16–18; 1 John 2:2).

Then, as Jesus hung upon the cross, God poured out the full fury of His wrath upon Him in our place (Romans 3:25–26). And because Jesus Himself is divine, He was able to endure our sins and God’s punishments. Then Jesus rose from the dead incorruptible so that we might also escape the corruption of sin and we can be made fit for heaven (Romans 6:3–11; 8:1–11; Philippians 3:20–21).

But we must believe in Jesus and embrace Him if we are to benefit from His marvelous redemption (John 1:12–13). For instance, God will give us the power to believe. And by His Holy Spirit He will empower us to open our hearts to Jesus and receive Him into our lives. Dare we turn God down? Dare we resist His Holy Spirit? The Bible warns us, “How shall we escape if we neglect so great a salvation?” (Hebrews 2:3). There will be no escape. So for God’s sake, and your own, open your heart to Jesus and let Him save you.

Dear Father in heaven, I acknowledge that I am guilty in the court of heaven and deserving only of Your judgments. But I plead for Your mercy and forgiveness through Your Son, Jesus Christ. I cling to Jesus as my Lord and Savior. Save me, dear Father, for Jesus’ sake and make me fit for heaven with You. Amen. 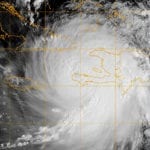 New Moore is No More! 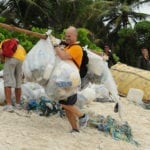 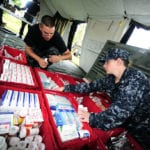