Afraid to Fail? - The Warrior's Journey®
Skip to content

Ranger rappel. Photo by Army is licensed under CC By 2.0

Afraid to fail? So am I. And frankly, so was Peter. And he did … quite often. But despite his failures, Peter had one thing going for him. He had the moral courage to try and try again. The great thing about making a mistake is the opportunity to learn and to grow from it. And, as this verse indicates, we do not stand alone in this battle. God promises to give us His divine power to enable this growth to occur.

“As His divine power has given to us all things that pertain to life and godliness, through the knowledge of Him who called us by glory and virtue” (2 Peter 1:3, NKJV).

Making a mistake is like breaking a bone. If a bone breaks, and it heals correctly, it becomes stronger at the break than it was in the first place. And so it is with growth of character. Making a mistake—and learning from it—enables us to become stronger in character. But the chemistry that enables this growth to occur is “His divine power,” which has been “given to us.” So stretch out there. When we miss the mark, let’s learn from it and grow in the strength and “knowledge of Him who called us by glory and virtue.” 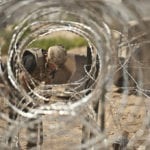 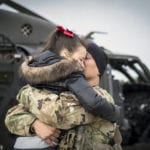 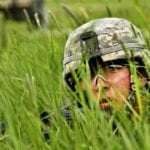