Belonging To The Church - The Warrior's Journey®
Skip to content

Belonging To The Church

. Photo by Edwin Andrade is licensed under CC By 2.0

When the subject of belonging to the Church comes up, a lot of people, particularly teens and young adults, cringe and run away as fast as they can.

Unlike earlier generations, the church doesn’t hold the same respectful, safe, and beneficial status that is has in previous years. This isn’t surprising if you take a look at the way Christians and the institution of the church are portrayed on television and other media. But is that really how it is? What does God intend for the church to be? After all, He created it! Whether you have wrestled with this issue many times before, or you never gave it much thought, keep reading and find out more about why the church was created, why it’s important and what we are meant to do.

If you spend a little time looking through the gospels, it becomes very evident pretty quickly that God intends for followers of Jesus to go hand in hand with belonging to the church. Our faith is not a private thing that no one knows, and we do not walk alone through life. We were created to be with other in community (communal). Everyone seeks out the company of others. We all want a support network and to be useful and needed in others lives. It’s an innate part of our beings that God actually built into us.

The church exists to provide that community. When we fellowship with others we are encouraged and challenged and comforted. The church also exists to bring God’s kingdom to this earth and spread his message across the globe. We are commanded to do this. It was literally the last thing Jesus told his disciples to do before he left earth and returned to heaven. The church also exists to distinguish the believers in Jesus Christ from the world. This is important for many reasons, one being the fact that we must declare publicly who we follow — not ourselves or this world’s ideals, but the Lord God’s. More than that though, when we distinguish ourselves and stand apart, we call attention to who we are and how we are different. It is by standing apart and joining together in steadfast conviction that we live as witnesses for Christ. We show the world there is another option.

One amazing story of how this played out in three young men’s lives can be found in Daniel 3. The Israelites were under the rule of a pagan king, and they were definitely not respected or esteemed. Take a look at how the courage to stand apart and the strength they gained from fellowship allowed them to bring God’s message to an entire nation: 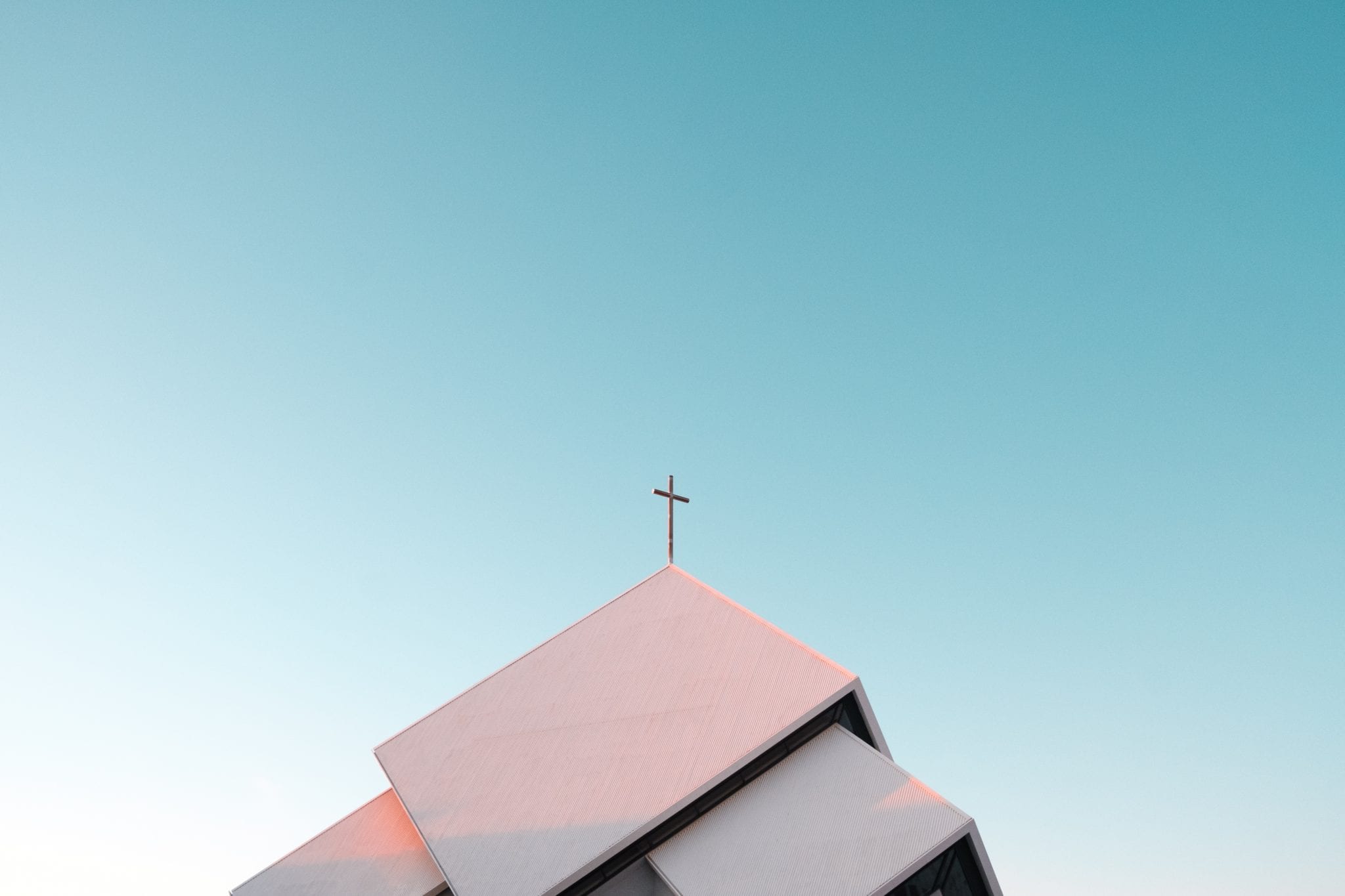 Nebuchadnezzar Commands Everyone to Worship a Gold Statue
King Nebuchadnezzar had a gold statue made, ninety feet high and nine feet wide, and he had it set up in the plain of Dura in the province of Babylon. 2 Then the king gave orders for all his officials to come together—the princes, governors, lieutenant governors, commissioners, treasurers, judges, magistrates, and all the other officials of the provinces. They were to attend the dedication of the statue which King Nebuchadnezzar had set up. 3 When all these officials gathered for the dedication and stood in front of the statue, 4 a herald announced in a loud voice, “People of all nations, races, and languages! 5 You will hear the sound of the trumpets, followed by the playing of oboes, lyres, zithers, and harps; and then all the other instruments will join in. As soon as the music starts, you are to bow down and worship the gold statue that King Nebuchadnezzar has set up. 6 Anyone who does not bow down and worship will immediately be thrown into a blazing furnace.” 7 And so, as soon as they heard the sound of the instruments, the people of all the nations, races, and languages bowed down and worshiped the gold statue which King Nebuchadnezzar had set up.

Daniel’s Three Friends Are Accused of Disobedience
8 It was then that some Babylonians took the opportunity to denounce the Jews. 9 They said to King Nebuchadnezzar, “May Your Majesty live forever! 10 Your Majesty has issued an order that as soon as the music starts, everyone is to bow down and worship the gold statue, 11 and that anyone who does not bow down and worship it is to be thrown into a blazing furnace. 12 There are some Jews whom you put in charge of the province of Babylon—Shadrach, Meshach, and Abednego—who are disobeying Your Majesty’s orders. They do not worship your god or bow down to the statue you set up.”

13 At that, the king flew into a rage and ordered the three men to be brought before him. 14 He said to them, “Shadrach, Meshach, and Abednego, is it true that you refuse to worship my god and to bow down to the gold statue I have set up? 15 Now then, as soon as you hear the sound of the trumpets, oboes, lyres, zithers, harps, and all the other instruments, bow down and worship the statue. If you do not, you will immediately be thrown into a blazing furnace. Do you think there is any god who can save you?”

16 Shadrach, Meshach, and Abednego answered, “Your Majesty, we will not try to defend ourselves. 17 If the God whom we serve is able to save us from the blazing furnace and from your power, then he will. 18 But even if he doesn’t, Your Majesty may be sure that we will not worship your god, and we will not bow down to the gold statue that you have set up.”

Daniel’s Three Friends Are Sentenced to Death
19 Then Nebuchadnezzar lost his temper, and his face turned red with anger at Shadrach, Meshach, and Abednego. So he ordered the furnace to be heated seven times hotter than usual. 20 And he commanded the strongest men in his army to tie the three men up and throw them into the blazing furnace. 21 So they tied them up, fully dressed—shirts, robes, caps, and all—and threw them into the blazing furnace. 22 Now because the king had given strict orders for the furnace to be made extremely hot, the flames burned up the guards who took the men to the furnace. 23 Then Shadrach, Meshach, and Abednego, still tied up, fell into the heart of the blazing fire.

24 Suddenly Nebuchadnezzar leaped to his feet in amazement. He asked his officials, “Didn’t we tie up three men and throw them into the blazing furnace?”
They answered, “Yes, we did, Your Majesty.”

25 “Then why do I see four men walking around in the fire?” he asked. “They are not tied up, and they show no sign of being hurt—and the fourth one looks like an angel.”

The Three Men Are Released and Promoted
26 So Nebuchadnezzar went up to the door of the blazing furnace and called out, “Shadrach! Meshach! Abednego! Servants of the Supreme God! Come out!” And they came out at once. 27 All the princes, governors, lieutenant governors, and other officials of the king gathered to look at the three men, who had not been harmed by the fire. Their hair was not singed, their clothes were not burned, and there was no smell of smoke on them.

28 The king said, “Praise the God of Shadrach, Meshach, and Abednego! He sent his angel and rescued these men who serve and trust him. They disobeyed my orders and risked their lives rather than bow down and worship any god except their own.

29 “And now I command that if anyone of any nation, race, or language speaks disrespectfully of the God of Shadrach, Meshach, and Abednego, he is to be torn limb from limb, and his house is to be made a pile of ruins. There is no other god who can rescue like this.”
30 And the king promoted Shadrach, Meshach, and Abednego to higher positions in the province of Babylon.

This scripture passage is part of prayer that Jesus prayed over his followers both then and through all times. He did not leave us to figure out everything on our own; but, instead, he prayed over us joy, courage, safety, truth, knowledge, success in our ministry, and closeness to the Father, just to name a few!

Father God, this whole church thing is intimidating. It seems like just another group of people who are either going to accept or reject me. Do I really need to put myself through this? Is this really that important? Please put in my heart a desire for fellowship and a willingness to extend compassion to others. I want so much to connect and belong but sometimes it seems easier to just judge them before they can judge me. Give me courage and direction, show me where to go to experience a healthy community. I’m trusting you because this really freaks me out. Amen.