Betrayal and Rejection—Interactions - The Warrior's Journey®
Skip to content

Patryk Sobczak. Photo by Person in a hoodie is licensed under CC By 2.0

Below are some additional interactions on the article: Betrayal and Rejection. Read it first.

Take a look at the locations of some of the story from Luke 22. 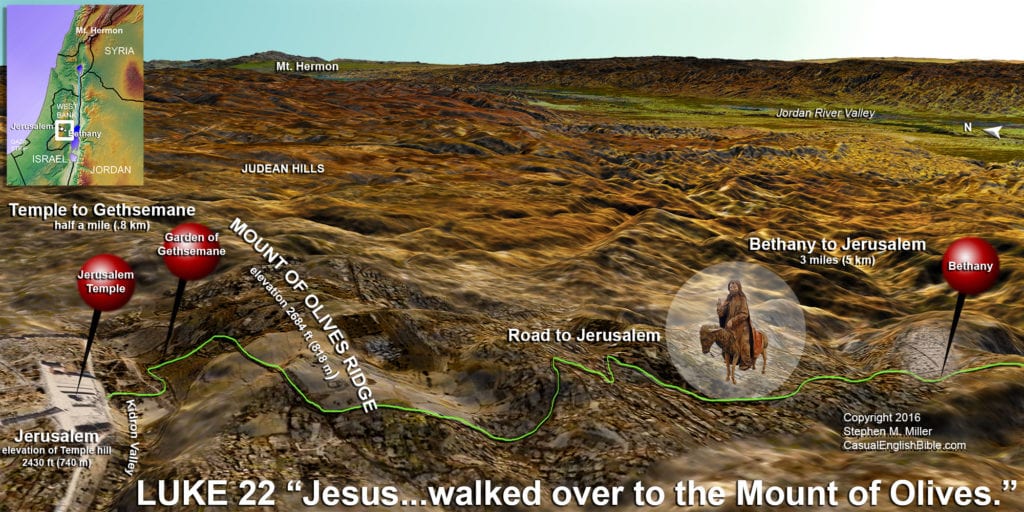 See if you can find where Jesus had the last supper and the garden where Judas offered the betrayer’s kiss!

The word betray and the word traitor come from the same root word meaning “to hand over.” That would mean that betrayal in friendship is to be a traitor to that trust.

I had this friend named Jimmy who I had known for nearly 2 years. We had been through a few things together—gotten in trouble at school, taken a road trip, not to mention the many weekend nights just hanging around. He and I began as part of a group, but people moved away or found new friends until Jimmy and I were the only ones still getting together. A few months later I had to move to look for work. Jimmy and I kept in touch, and, within a few months, I sent him an email that I was heading his way, and we should hang out. I didn’t get a response to that email, but I didn’t worry since I would be back in town in a couple weeks.

Well, once I got back I started texting him and leaving messages on Facebook about meeting up. Finally I got a one-sentence reply. “Not gonna happen, sorry.” That was it. “Did I make him angry?” “Should I have been better at keeping in touch?” “Should I not have bothered him as much?” “Was he really sorry, like it’s out of his control?” “Maybe he got a new girlfriend, and she is super jealous?” All of these questions and more started bouncing around in my head. I just can’t understand this! How could he not give me an explanation? How could we be totally fine one second and the next not be friends anymore? FOR NO REASON!! What did I do? What is wrong with me? I found that the pain of losing a friend is even more bitter if you do not understand why it happened. I am learning to give that pain to God and not let the unknown answers affect what I think of myself. It’s a huge challenge. It is one that cannot be done alone. It requires the grace and love of God. (see Who’s Your Daddy for discussions on identity and self-image)

In the black-eyed fever
Of the jagged night
Spurned by the moon
Stabbed by the light,
Too twisted to think
Too ragged to sleep
Too far gone
To mend myself;
In the dead vacuum,
So cleverly betrayed
I make vain excuses
Rail against life,
In the razor dark
Shipwrecked
On my sweat-soaked bed
I watch my one last hope
Slither out of sight.

I am 13 again
My cheeks are hot
And with great effort dry.
I am here again
No words to say
But I keep stammering on anyway.
I am ashamed again
Your half kind voice
Tells cruel truths to me
I am the fool again
My wits and whiles
Were not enough is seems
I am 13 again
My throat is tight
And breath comes slowly, painfully
I am undesired again
Your amber eyes
Do not linger on my face
I am mistaken again
I thought I could
Feel you beckoning me but
I am just the fool again.

The book titled Peace Child by Don Richardson is an amazing story of an isolated culture that had become so enthralled with treachery that when they heard the story of Jesus, they thought the hero was Judas, the betrayer. They had developed a phrase in their cannibalistic culture that they called, “fattening up with friendship.” Any man in the tribe who could become friends with a man from another tribe and spend weeks and months developing a friendship, and then one day betray him was considered a master deceiver of the tribe and given full hero status! The book takes some detail to describe the gory event of one such man from another tribe who eventually accepted an invitation to come to visit his ‘friend’ in the other tribe. Once there, the men of the village surrounded him, hacked him to pieces, and the women cooked him. They all had a wonderful dinner and praised the “hero” who had done such a fine job of treachery and betrayal.

Eventually, many of them came to understand the story of Jesus’ sacrifice as God’s son. The missionary had discovered one deeper truth than that of betrayal, and that was the idea of the “peace child.” In order to secure peace and truth between tribes, the leader of one tribe would give his child to the other tribe to raise as their own. This would ensure that they would never attack that tribe as long as the peace child lived. When the story of Jesus was couched in this deeper tribal value—God gave us his Peace Child (Jesus) to make peace between us and him—then many of the tribe understood the horrible treachery of Judas for what it was! So, many of them became followers of God’s Peace Child! (Read the book for yourself to see how all of this transpires in a jungle community in the 1960s).

Proverbs 6:16–19—warnings against actions of betrayal and rejection

Proverbs 16:28—gossip as a cause of broken relationships

Lamentations 1:2—the city of Jerusalem personified

What’s the most glaring example of betrayal or rejection that you know?