Alone on a Mountain. Photo by Elijah Hiett is licensed under CC By 2.0

Is it okay to do this? Somehow doubt seems like something I can do in life, in relationships, but never with God. It might seem that doubting God would be a sin. And some people might say that it is. Others may say that without doubt, one cannot have faith. Still others will say that doubt is somewhere on a continuum of belief and disbelief. If this is the case, is it possible to doubt God while still having faith?

A dictionary definition of doubt is “to be uncertain about.” This is a good starting point to talk about doubting God. In other words, to be uncertain about God. Almost everyone will have doubts along the journey. Throughout Scripture, there are men and women of God who doubted him. Perhaps doubt, and especially the expression of it, is a great way for us to grow in our faith.

Doubting God hit me hard my freshman year of high school. My parents had always described me as a fairly spiritual person. They said as a kid I was always asking questions about God, about heaven, about faith, about anything to do with spirituality. They also said that my questions were not always safe questions. I asked questions that were filled with statements about the world without a god, or a world with a god different from the God of Christianity.

While in middle school, I settled down into a fairly comfortable search into the God of Christianity. I read my Bible furiously, asking questions about this passage and that. At that point in time, I had no doubts as to the reality of Jesus Christ and God. But three weeks into my freshman year, an event happened which shook the foundations of everything I believe, everything I “knew” to be true.

During first period on September 26, 1980, I found out that a very good friend of mine had committed suicide. For the first 48 hours or so, I was simply numb. I didn’t give a thought to anything but my friend and how he had talked with me earlier in the week. How he had told me and a couple of others how he was planning on killing himself. We laughed it off. 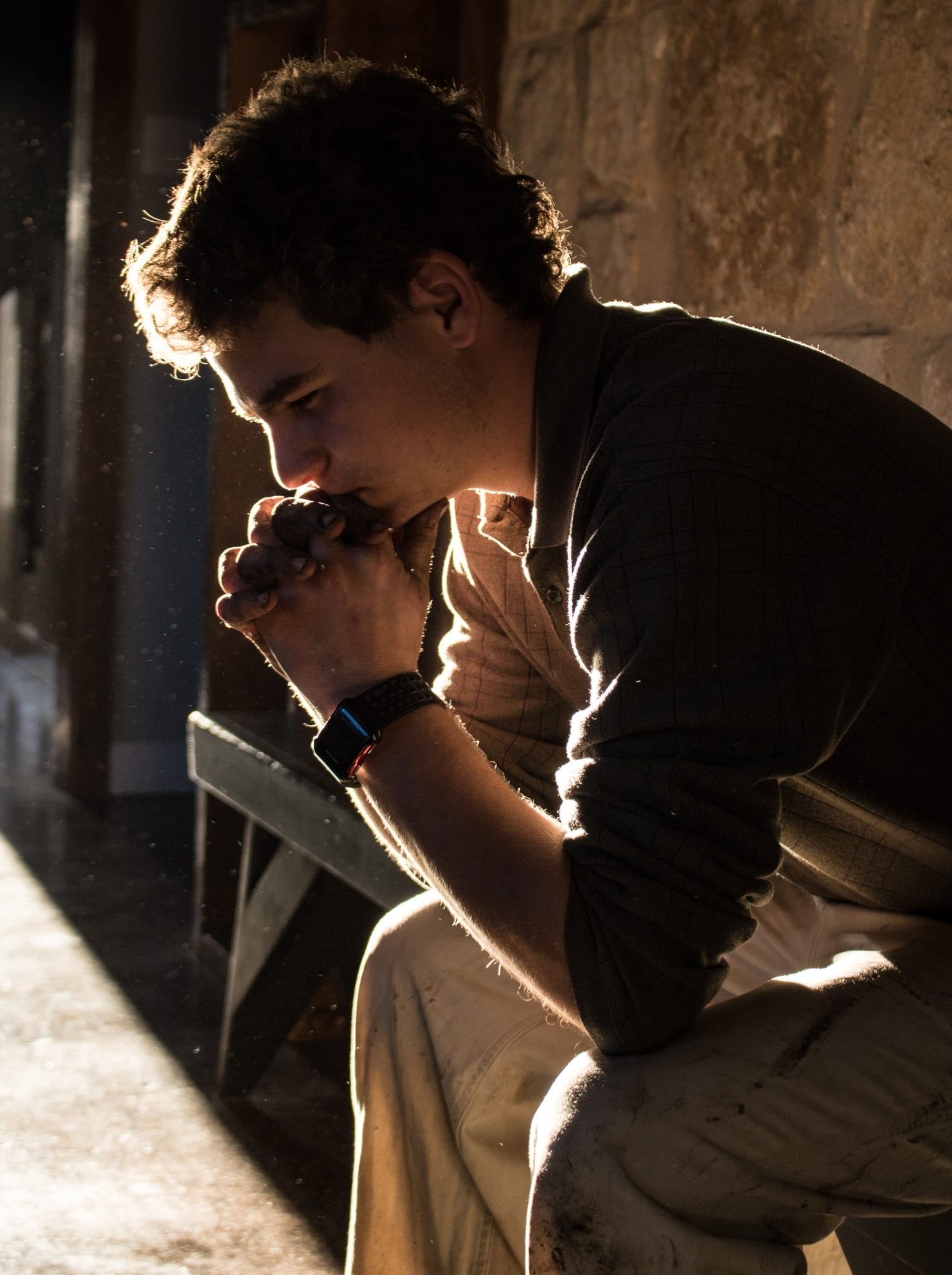 As the initial numbness began to lift, all I could think of was how much I hated myself because it was my fault that my friend was dead. After the funeral, which I refused to attend because I just knew people would know that it was my fault, my anger turned a different direction.

I remember sitting in my room late one night in the spring, some five or six months after my friend had taken his life. It hit me. There was no God! How could there be? In an ironic twist, I started cursing God. It is ironic because I had come to the conclusion that there was no God, yet it was against this non-existent deity that I hurled my anger and insults and hurts.

For the next four and a half years, I wavered between doubting God’s existence and knowing there was no God. I wrote almost daily, in the form of short stories and poems, about my hatred and disappointment and lack of belief toward God. In fact, one of the recurring themes that I wrote went something like this (cleaned up version): “God, I don’t believe in you. Take that! So what are you going to do about it?”

Of course, it would go on for pages and pages with lots of expletives thrown in here and there. I mocked God every chance I had; I belittled him in front of others every chance I had. Somehow, I think it was my anger toward God that sustained me each day. It had become my purpose in life.

Those four and a half years were an incredibly dark time in my life. Other than the extent of my anger, there is not much that I remember. In fact, there is not a single person from my high school years that I keep in touch with today. I think I was a pretty unlovable person. I know I did not love myself.

But then something happened. I began to see Christ lived out in others that I knew in college. Once again, I begin to slowly consider if perhaps Jesus Christ was true. If perhaps the words of Scripture really was Truth and Life and Love and Grace.

Nearly four and a half years later, I was alone once again late at night and expressing my doubt—much softer this time. I remember a small still voice, God’s Spirit, speak to my soul: “I love you. Your doubt and your anger do not cause me to love you any less.” I am a much stronger Christ follower today because of walking through this time of doubt. Now, I embrace my doubt as a time when Christ was truly made known to me.

Scripture is full of stories about doubt, everything from doubting that God exists to doubting that his promises will come through. Some of the greatest men and women of faith involved doubt. Abraham, Sara, David, Joseph, Moses, Peter, and Thomas are just some of the great figures of the redemption story that have expressed doubt. Yet, throughout their doubt, God remained faithful. In fact, because of their doubt, they were able to see God work in miraculous and mysterious ways. Below are the stories of several people who doubted.

God, thank you for loving me in the midst of my doubt. Sometimes I am not ever aware that you are there. Sometimes I doubt that you exist; and if you do exist, I doubt that you even know anything about me. I admit that I feel alone or afraid during times of doubt. Help me, God, to celebrate and embrace my doubt as a way of seeing you in fresh and amazing ways. I echo the prayer of the man who told Jesus “I believe, help my unbelief.” God, I do believe, but sometimes my faith is weak. Help me to believe you in all that I do. Amen.