Anger Gives Me Control - The Warrior's Journey®
Skip to content

Person sitting on stairs. Photo by Goh Rhy Yan is licensed under CC By 2.0

All right, real talk here for a second. Sometimes we get angry because then we can control other people. You know it’s true. Another word for that would be manipulation, and no matter how you spin it, it’s wrong.

You probably know what I’m talking about, because you know if you’re angry at someone and they know you are, they probably want to get back in your good graces. This makes the perfect opportunity for you to use your anger to control them, have them do something they don’t want to or wouldn’t normally do for you. Big or small, doesn’t matter; it’s manipulation and it’s a horrible habit to get into for a laundry list of reasons. Some of which we’re about to talk about.

I guess I’m not going to be easy on you folks here because using anger as a power tool was such a huge part of my life, and I honestly think it’s one of the most destructive things we do to each other as people. I’ll give you two examples.
When someone tried to control me:

I must have been (I’m not sure) fourteen, freshman year of high school, and for you young women out there, I was dating my prince charming. Only problem was, nobody knew we were because I wasn’t allowed to date till I was sixteen. I mean I didn’t think it was that big of a deal; he was a good kid, so he became my boyfriend. Now, don’t check out here guys thinking this is some lame girl story. It’s not. This is real life; and if you’re in this position on either side (or some of your friends are), then you want to know how this works out. It doesn’t.

So my boyfriend and I are secretly dating, but other than this, I’m a good kid! Good grades, love my parents, adore my sisters, love God and am a pretty good athlete. One day, guilt gets the better of me, so I break it off. We shouldn’t be sneaking around my parents’ back. I have more respect for them than that, and if it’s meant to be, it’s meant to be. Well, my boyfriend doesn’t know what to do about that, and next thing I know, I’m seeing a side of him, I have NEVER seen before.

All of a sudden, I’m not his girlfriend; I’m his life, and without me, his life is not worth living.
Say what!?!

Yeah, you heard me. I knew he was upset with me for breaking it off; and being the people-pleaser I am sometimes, I wanted to change that. You never want someone to be angry with you, not if you can stop it. The BIBLE even says that!

So, I listened to his pleas for help, watched his dramatic acts for attention and eventually I felt like the only way I could fix this mess was to go back out with him – not because I wanted to, but because I owed it to him. This dragged on for years of my life and got a lot more complicated. I did tons of stuff I didn’t actually want to do because, if I didn’t, he would do something to control me, manipulate me. I knew these things were wrong, but they felt out of my control. And because it was a secret, I had nobody I could talk to; no one to tell me what I was putting up with and dealing with was CRAZY! Finally, one day I decided I’d had enough, and I ended it. I did it in the way that I thought would hurt him most, because I had learned from the best.

That whole situation was messed up and wrong! Sometimes I look back and can’t believe how blind I was, but that’s life. The question is, when you realize how crazy things have gotten, will you be willing to change? Let me tell you something; it’s not easy. I’ll share with you my second story. 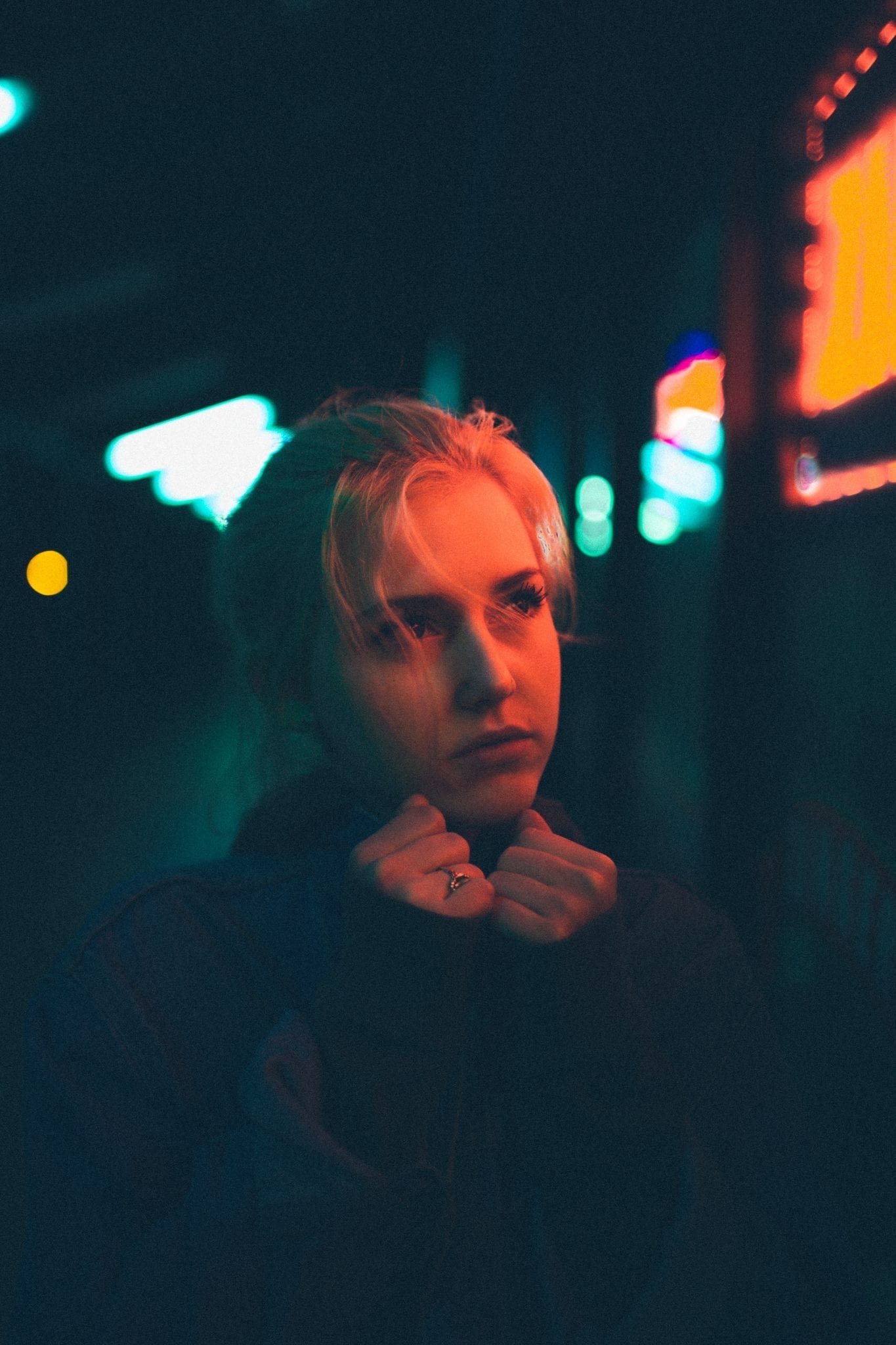 So after taking my revenge on boyfriend, now ex-boyfriend, I met this incredibly sweet, God-fearing, loving, kind and giving young man my own age. My parents loved him, my sisters looked up to him, my friends thought he was great, and we had fun together!

The problem was while I knew that the ways my ex-boyfriend had manipulated and controlled me by using his anger were wrong, I didn’t fully understand it and realize the damage it had done to me on the inside. So this kind new guy comes into my life, we’ll call him NF for New Friend, and I didn’t know how to act when I didn’t get my way. It was like two forces fighting inside of me, one saying, “talk to him about it, compromise and serve him as Christ would,” the other saying, “Just cry! It will settle things faster, your way.” Maybe it’s a little different for guys; most guys probably don’t just cry, but maybe they show anger, walk away, withhold positive attention, use their charm, think on it a little; you know what I’m talking about.

In the end, it ruined our friendship. NF took off; he knew when something wasn’t right, and he knew I wasn’t in a place to see it. So he did what was best and moved on to a healthier environment.

Relationships are about establishing intimacy, and I’m not talking about the physical; I’m talking about establishing relationships where we are known inside and out and loved for who we are—both the good and the bad. If you are using your anger to control people, using manipulation to have power over people, there is nothing intimate or deep about your relationship. Every time you use those things to control others, you’re putting up a front, doing something fake to get what you want instead of doing the hard work of being vulnerable. It’s a lot harder to talk things out with your friends, siblings or significant others than it is to manipulate them. However, when you take that time to talk things out, your relationships will deepen, trust is built; and instead of always having to rely on sneaky tactics, you know your relationship is built on a solid foundation. Trust me, there is a big difference!

Then think about this; are you really happy? I mean really. Using anger and angry behavior all the time to get your way and to manipulate and use others is just not healthy. Maybe it was fun at first, a game; but my guess is you’re not very happy. Getting things and getting your way all the time doesn’t bring you the joy, laughter and truth that deep friendships can.

I don’t know where you are. Maybe this is the first time you have thought about it. That’s fine. But now that it has been brought to your attention, you can’t keep living that way, because you know better now. I’ve been controlled and I have controlled others through my anger. I can tell you hands down the relationships that I have now are a hundred times better than those that I had before. It didn’t happen overnight; years later I still feel those tendencies, but I know better, and some of the best counsel I got came straight from God’s word. So I’ll share it with you now….

Here during the Sermon on the Mount Jesus speaks specifically about the topic of anger. Jesus tells us not to be angry with our brothers or sisters. In fact, he goes as on to say that, if we remember that someone is angry with us, we need to go and ask their forgiveness before bringing God our tithes and offerings. This also means that those of us who are being asked to forgive, have to forgive, which, as we know, can be hard if we are seeking after power and control. This passage along with Matthew 5:38-42 helped me to understand how God desires for us to live. He doesn’t want us taking advantage of others, even if they do wrong by us. He wants us to serve each other!

Father,
Forgive us, for we have sinned. We have sinned against you by sinning against our brothers and sisters. We have tried to control those around us. Tried to use those around us, and we are sorry. Help us to be better, to follow the way you have laid out for us. Forgive us for our shortcomings. We are scared. We are lonely and we hurt. Help us to lean into you, to find our strength in you and to have the courage to take the harder, but better road. Help us to use our words to speak up when we hurt instead of using them in trying to manipulate others. Bless us with your wisdom; guide us in all that we do.
Thank you for your abundant love and forgiveness.
We pray these things in Jesus’ powerful name,
Amen