God as Father - The Warrior's Journey®
Skip to content

. Photo by Steven Van Loy is licensed under CC By 2.0

The term ‘Father’ is used over and over in Scripture to describe God, and the word ‘children’ is used to describe us.

Whether you’ve had a great father image or your father has been absent from your life or possibly even destructive, God wants to be your Father. And he wants you to be a member of his loving family, the church!

Many people can identify at some point with this story. Growing up in a military family means that you could have gone through a divorce or long periods of separation or even the death of a father. Often, the way we see our dad is a direct reflection of how we can relate to God as our heavenly father. See how you connect to this story:

“My father abandoned his wife and four children when I was young. I never saw him and never heard from him and until I was 18 I believed he was dead. When Aunt Emma, my father’s sister, told me he was alive, I was astonished. I gave her my graduation picture to give to him, and hoped he would contact me. He never did. Later, when I committed my life to Jesus, I developed a relationship with Him and knew His love. Yet I was afraid of God the Father. Knowing Him as a tender and loving Father seemed impossible. One day I learned that my father had died. My deepest prayer to meet him would not be fulfilled. I felt an enormous hurt, and visited Aunt Emma. She told me a little about his life and death, and said he decided not to see me because he was too ashamed of his behavior as a young father. He must have known, through her, that for 17 years I had asked about him. I stood near his grave engulfed in anguish. My search was over. 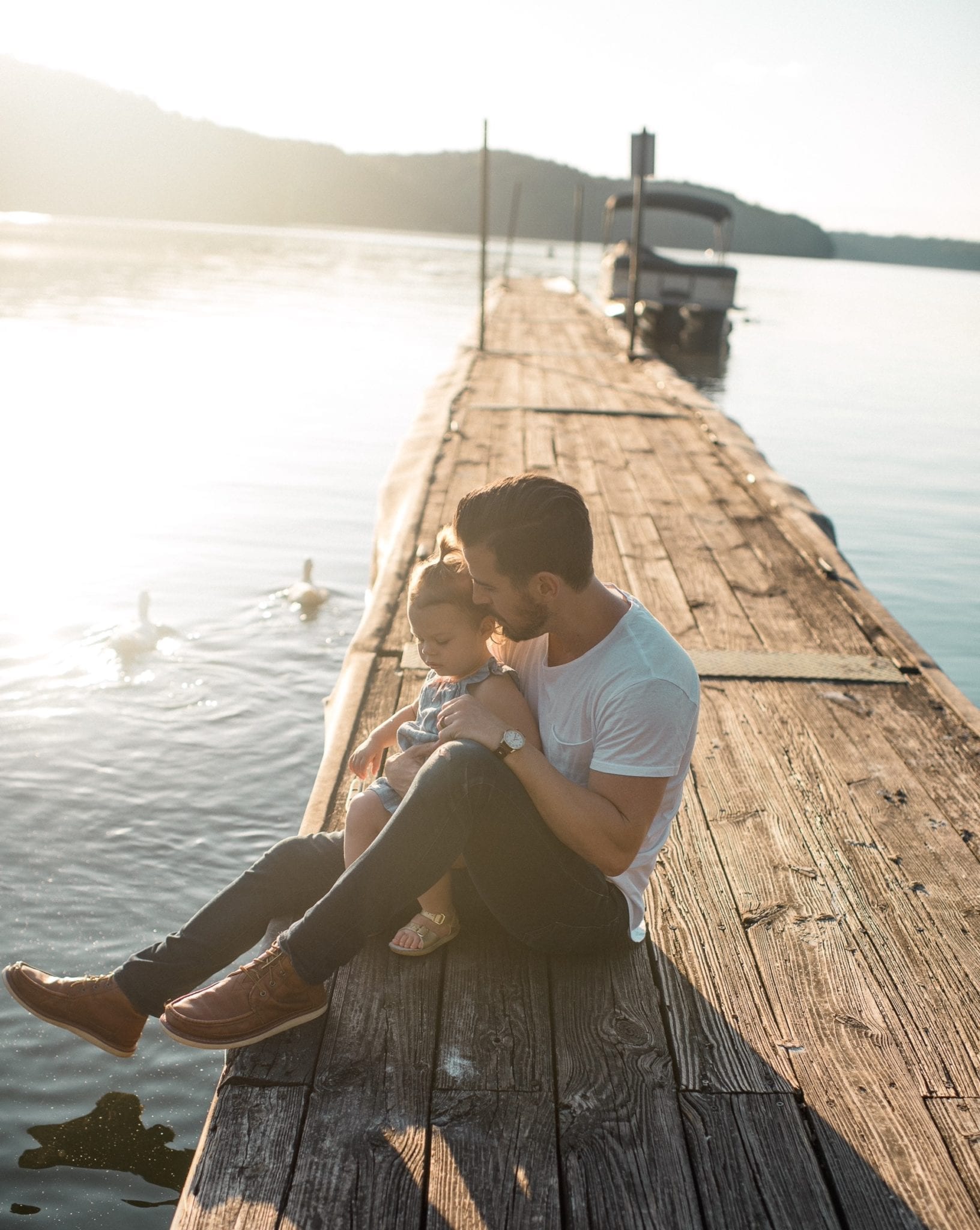 This was as close as I would ever get to my father. I cried out to God, ‘It’s too late, too late! I have no father!’ At that point I heard a voice say, ‘I am your Father.’ I turned around but no one was there. Again I heard the words, this time softer. ‘I am your Father.’ It was hard to believe at first, but the God I had feared spoke to me. I felt His love surround me. Because God revealed Himself to me as Father, I no longer feel the hurt of an abandoned child, nor the pain from my fruitless search. I was healed so that only the memory and none of the pain remains. That afternoon in the lonely cemetery changed my life. Where God was once only a remote figure of the Trinity, He is now the Father I talk with, walk with, and praise each day. I realize this wonderful Father loves all His children so much that He patiently awaits the day that He can draw us close to Himself forever.”

(Taken from Healing Through the Mass pages 24-25 by Robert DeGrandis, published in 1992 by Resurrection Press)

In the magazine titled Christianity Today, Jim Spiegel from Taylor University, writes about an interesting connection to our view of our fathers and our ability to accept God as our father. In discussing some prominent atheists over the past centuries he states,

“External factors may also hamper the natural awareness of God and contribute to a descent into atheism. In his book Faith of the Fatherless: The Psychology of Atheism, New York University psychologist Paul Vitz, a onetime atheist, examines the lives of the major atheists of the modern period, including Hobbes, Hume, Voltaire, Feuerbach, Nietzsche, Sartre, Camus, Russell, and Freud. He found they had something in common: a broken relationship with their father. Whether by death, departure, abuse, or some other factor, the father relationships of all these well-known atheists were defective. Vitz also examined the lives of prominent theists during the same period (Pascal, Reid, Burke, Berkeley, Paley, Wilberforce, Kierkegaard, Schleiermacher, Newman, Chesterton, and Bonhoeffer, among others). In every case, he found a good relationship with the father or at least a strong father figure.”

This passage demonstrates God’s tenderness and love toward us as his children. This relationship is made possible because of Jesus Christ.